Top 21 Cycling Climbs of the Midlands 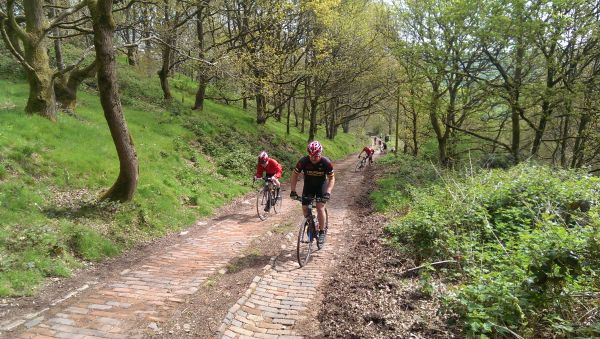 The cycling climbs of the Midlands tend to be underrated. In Simon Warren’s 100 Greatest Cycling Climbs book there’s only really a couple of options. Jiggers Bank near Ironbridge is one (but not a climb of note really), Dover’s Hill is only a couple of miles into Gloucestershire. Mow Cop is in the North part of the Midlands, Terrace Hill and Michaelgate are in the East Midlands. Other than that, there’s not much else!

I’d like to put some of my local knowledge into play and show off a list of some of the Midlands cycling climbs that seem to go unheralded. I grew up near Stratford upon Avon, which is where I started riding. After there, I’ve moved into Birmingham, over to Leicestershire for a bit, back to Birmingham and now find myself in Staffordshire.

Cycling Climbs of the South Midlands

A once popular venue for the National Hill Climb championships, Saintbury hosted the event in 1951, 1956 and 1960. An initial tough section past the church then levels out a little bit before a few ramps to kill speed after the crossroads.

Bushcombe Lane is infamous locally for reaching a max gradient of 25%. The main road climbs up and over Cleeve Hill are relatively gentle but Bushcombe Lane attacks the hill from the side and goes straight up. The middle bit is brutal!

Larkstoke isn’t the steepest or worst climb in the world but is certainly one to be respected. One local sportive puts it into their route after 90 miles, where tired legs struggle to crest the summit.

Edge Hill is another ridge with a couple of different ways to tackle it. The next climb on this list – Sun Rising Hill also goes up the same edge.
This climb was used in the 2018 Women’s Tour of Britain.

Sun Rising starts off with a little bump to kill your speed before climbing up to a hairpin. after the hairpin it’s a slog up to the house at the top of the hill. It’s just a shame it’s on a busy road.
The 2019 Men and Women’s Tour of Britain races used this climb.

A cattle grid early on makes things interesting before a slow grind up between the green lumps of hill to the beacon. It’s deceptively hard, especially as it feels almost easy enough to race your club mates on it.
The Men’s Tour of Britain and Women’s Tour of Britain races used this climb repeatedly in 2019.

I did this climb on a hot day during an Audax. The first part was a challenge but then the relative rest of the middle section lulled me into a false sense of security. The only upside of the final steep kicker is that there’s often a shop open at the time for an ice cream.

St Kenelm’s Pass was used in the first Velo Birmingham where someone had the bright idea to put a feed station at the base of the climb on a narrow road. Riders went all over the place! A gradual climb with ramps that can expose poor pacing strategies, it’s a tough one to do after 85 odd miles.

An infamously steep climb for Birmingham locals towards the south west of the city. It’s used for local hill climb races. Its initial steep section comes after a turn and riders often find themselves in the wrong gear.

A climb that takes out of the suburbia of the city and into the countryside. A tough but manageable start soon leads into steep sections around the bend. The overarching trees can leave the road slippery too for out of saddle efforts.

Not the prettiest road to ride on but it’s rare to find such a long climb around Birmingham. The first section is but a warm-up, yet can expose the overexcited. Wiser, calmer heads know to wait until later. After a mile of effort, the climb turns up a gear and with a brief respite, ensures a tough finish.

I got quite excited when I saw the route for the 2nd Velo Birmingham as I thought it would go up Maxstoke. Instead we turned off and away, right at the bottom of it! It’s a tough one to find a rhythm for as it gets tough and then backs off repeatedly.

Stile Cop is probably known more for its mountain biking trails but does get used for local hill climbs as well. It’s toughness comes mainly from its dead straight layout. Riders can see the top from a long long way off and it feels like a torture with how slow the finish comes.

Included for its length for than anything, the initial section is reasonably steep and is great for 5 minute power PB efforts. The full longer version though has a couple more ramps to suck energy before popping out by the German military cemetery.

A little bit of Flanders in the West Midlands! Used by the Tour of the Black Country sportive, the climb features steepness and cobbles for good measure on what is basically a farm track.

After my dismissal of Jiggers Bank in the introduction, this is my favourite climb out of Ironbridge Gorge. The first section feels like Roche-aux-Faucons from Liege Bastogne Liege. Its steepest begs you to take a risk on the opening bend to carry speed through. The left-hander is the agonisingly steep and the final ramp will show just how much you have left in the tank.

Cycling Climbs of the East Midlands

I had no idea this hill was coming when I first rode it. Each of the ramps felt like it was going to be the last so I paced it absolutely awfully. I was toast by the top of the second ramp and the long drag to the final top was a killer on the already maxed out legs.

Breedon on the Hill

It’s a dead end road up to the church but it’s worth it. A hill that’s been half mined away over the years, it’s a prominent local landmark. Once turning off the road at the base, it’s a short sharp stab up to the car park with the views.

Terrace Hill finds itself in the Greatest 100 Climbs book, but it’s certainly not as challenging as some of the others in this list. There’s a gentle ramp up early before a tough middle section that then flattens out gracefully.

Another Greatest 100 Climb, this one is in the middle of Lincoln and gets its reputation from being featured in the Lincoln GP race. Sort of cobbled but not brutally so, riders would repeatedly sprint up this climb or be spat out the back of the peloton.