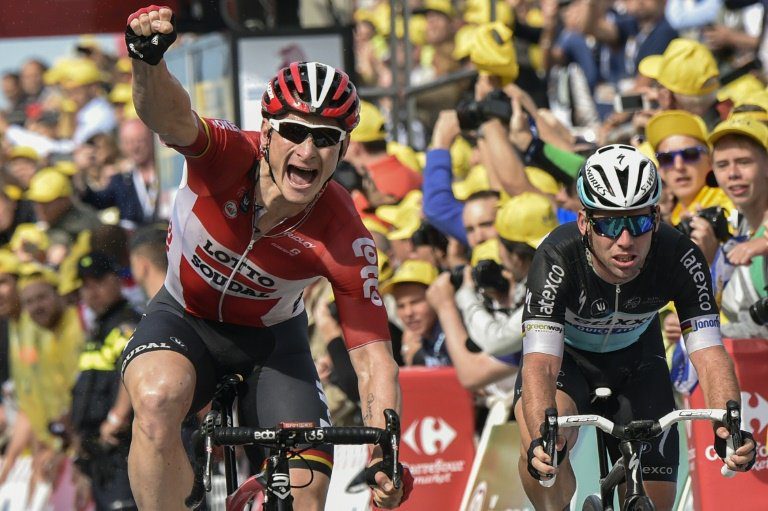 The Green Jersey is the coveted prize for all the sprinters in the Tour de France. The ‘maillot verte’ has been wrapped up by Peter Sagan in recent years, with 5 straight wins. During the Tour de France 2017, he will be looking to match the achievements of Erik Zabel who won 6 in a row during the 1990s. The battle for ‘unofficial fastest sprinter in the world’ will take place in France again this year with stage wins the goal for everyone.

The most successful sprinter in Tour de France history, Mark Cavendish will be riding in this year’s Tour de France. He’s struggled with glandular fever this year, so his fitness is in question despite a 2nd place in his return at the Tour of Slovenia. He’s 4 stage wins behind Eddy Merckx’s overall record of 34 and is still aiming to beat it.

Peter Sagan is all but certain to win the green jersey again. No-one has really offered any proper competition in the last 5 years, the closest battle being 2015 where the points gap was a mere 66 points instead of the usual 100+. Mark Cavendish is the only other rider in the field to have won the green jersey, but that feels many moons ago in 2011. Sagan has won 7 Tour de France stages, but has a reputation of finishing in ‘Saganth place’ (2nd). The Saganth place has happened 18 times and goes some way to explaining his dominance of the green jersey.

Andre Greipel is second to Mark Cavendish in the Tour de France stage wins list of current cyclists with 11. He rode the Giro d’Italia earlier in the year, getting a stage win. He will be looking to carry on the 6 year run he’s on of winning at least 1 Tour de France stage. He sometimes goes missing in crowded sprints, but still has the speed to take anyone on.

With 9 Tour de France stage wins Marcel Kittel is a sprinting force to be reckoned with. He dominated the 2013 and 2014 Tours, winning 4 stages in each, but has only won one stage since. Partly due to the injury and partly due to switching teams (is it a coincidence that Mark Cavendish didn’t get many Tour de France stage wins at Quickstep?). He’s won Scheldeprijs, the sprinters classic, for the 5th time this year so has form – he also took 3 stages and won the overall at the Tour of Dubai earlier in the year.

Arnaud Demare is yet to win a Tour de France stage, but along with nemesis Bouhanni is the French sprinting hope. He’s recently regained the French national champion’s jersey, so will be easy to spot in the peloton. He also won a stage in the recent Dauphine and another in Paris – Nice. The biggest win of his career came last year when he won Milan – San Remo. Expect Demare to be strongest on uphill finishes.

After a 2016 season almost written off after a training crash with a car, John Degenkolb is looking to show off the form that saw him win the 2015 Milan – San Remo and Paris – Roubaix. A multiple grand tour stage winner, he’s yet to get off the mark in the Tour de France. He does however have 10 stage wins in the Vuelta and a single win in the Giro. No longer having to work in tandem with Marcel Kittel, he will have free reign to go for it himself.

Nacer Bouhanni missed the 2016 Tour de France after getting himself in a fight on the eve of the race and hurting himself. His best year was in 2014 where he won the points jersey in the Giro d’Italia with 3 stage wins, as well as getting 2 stage wins in the Vuelta. He’s yet to win a Tour de France stage so will be wanting to get off the mark. Undeniably quick but prone to some hot headed moments and ‘irregular sprinting’, he can definitely get that first win.

Apparently having an iffy season, with his team unhappy, Alexander Kristoff has good Tour sprinting history with 2 stage wins in 2014. A similar sprinter to Demare and Degenkolb, he has won the spring classics of Milan – San Remo and the Tour of Flanders – he hasn’t finished outside the top 10 of either race in the last 5 years. He will be aiming for a first Tour win in 3 years this time round.

Michael Matthews won a stage in last year’s Tour de France and will be wanting to add to the 2 Giro and 3 Vuelta stage wins he also has. An established grand tour winner, he is in some ways quite similar to Sagan and able to win on hillier sprint finishes. Regular high finishes in the Amstel Gold race show he can climb to a point and 4th in Liege – Bastogne – Liege this year shows what he can do. Any short, steep, uphill finishes should be a shootout between Matthews and Sagan.

The rest of the Tour de France sprinters

Sonny Colbrelli is in the middle of the best two seasons of his career. So far this year he’s won Brabantse Pijl and a Paris – Nice stage too. A solid classics season, saw him get top-10s in E3 Harelbeke, Amstel Gold and Tour of Flanders. Look for him to get his best results on hillier finishes.

Dylan Groenewegen is yet to win a Grand Tour stage, but has been performing well in smaller races during the last two seasons. He came 3rd in the recent Dutch national championships and with multiple stage wins at the Tour of Norway and Ster ZLM with other wins in the Dubai Tour and Tour of Yorkshire. He will be in the mix against the more famous sprinters and is an solid outside bet for a stage win.

Having left Team Sky for new opportunities, UAE’s Ben Swift will be looking to get his first grand tour stage win. A recent surprise result of 2nd on the Dauphine stage that finished on Alpe d’Huez, showed that he can climb effectively when he wants to. He also ended up 3rd overall in the KoM competition in that race. Another top-10 sprint finish saw him take 5th in the points competition too. A rare double occurance. It’s hard to know what to expect from him, but is he a real outside bet for the green jersey?

Fellow Brit Dan McLay announced himself in last year’s Tour de France with several top 10 finishes. So far this year he’s won the Trofeo Palma and finished highly in the Tours of Belgium and Norway. On paper he’s not in the same form as last season, but will be the focus point for his Fortuneo – Vital Concept team.