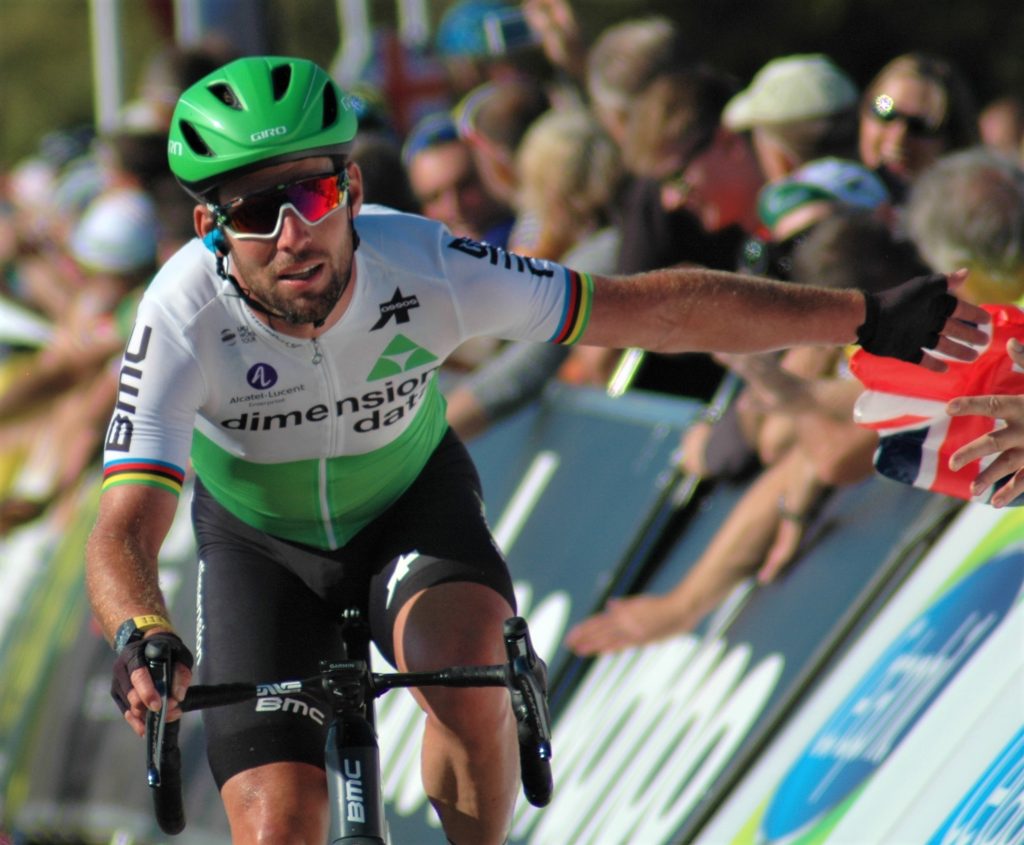 I’ve followed cycling since I was plonked in front of the Channel 4 programme back in 1997, the year Jan Ulrich won his Tour. The following year I followed the whole thing and saw Marco Pantani zoom off and win.

Cavendish was on the radar at the 2007 Tour de France. It was the following year’s Tour where he burst onto the scene fully. He won 4 stages and hasn’t looked back since.

From 2008 to 2013 when you saw Cavendish gearing up for a sprint, it was almost a dead cert that he was going to win it. Only Cipollini’s sprint train was on a par with the HTC team when it dominated. Winning the World Championships to be the first British rider since Tommy Simpson was also a massive victory.

There have been some down points too. Two years of debatable commissaire decisions meant he didn’t win the Green Jersey until 2011. The Renshaw headbutting and the Hushovd boxing himself in incidents cost Cavendish results and points. There was also a poor showing at the 2011 Vuelta and some fairly nothing places in the Classics, bar winning Scheldeprijs and one obvious Milan-San Remo victory excepting.

What draws me to Cavendish though is the honesty which can come across as arrogance or bluntness to some people. He declared himself the best sprinter in the peloton, a fair enough comment after 16 tour stage wins in just 3 years! There’s also the camaraderie, after winning a stage the first thing he will do is search out a teammate and thank them. It could be very easy to develop a huge ego winning all the time but he’s still pretty well grounded!

He’s lost a little bit of the magic last year. It was still a good year by anyone’s standards, but we’re just used to more after so many years! His 2014 should redeem him.

2014 wasn’t a great year for Cavendish. He started the season late and then injured himself on the first stage of a home Tour de France. He went for a small gap that was never really there and took out Simon Gerrans. Cavendish separated his shoulder and that was the end of his race. He still won 11 races over the year, but no Grand Tour stages.

2017 was the year that Epstein-Barr reared its head for the first time. Combined with another early exit in the 2017 Tour de France with an injury meant it was a quiet year. 2018 only had a Dubai Tour win and 2019 0 wins at all. Feeling constantly unfit due to the Epstein-Barr virus, Cavendish has looked a shadow of his former greatness. It now seems unlikely Mark Cavendish will add to his 30 Tour de France stage wins.