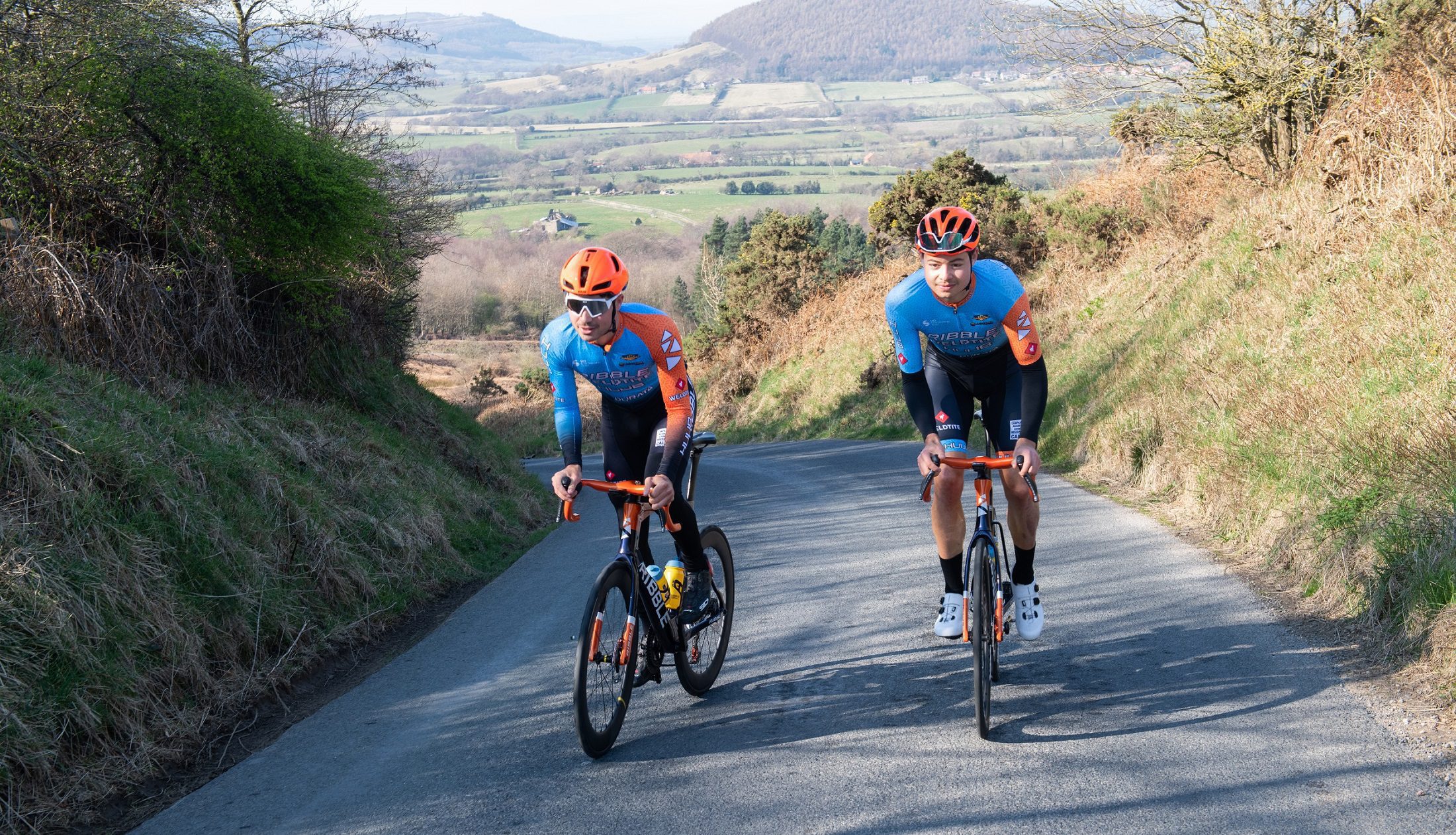 The Tour of Britain returns in 2022 with a start in Scotland before traversing down the country from the North-East, to the East Midlands, down to the South-West and finishing on the Isle of Wight. There are hill-top finishes planned one Stage 1 at the Glenshee Ski Centre and Stage 8 at The Needles. The race will hope to be as exciting as the hill-top finish at the Great Orme in the 2021 Tour of Britain.

Building on the success of last year’s race, which saw the overall lead change hands five times in eight days, the battle for victory in the 2022 edition (Sunday 4 – Sunday 11 September) looks set to go down to the final pedal strokes once again.

Aberdeen will become the third Scottish city to host the start of the race when the Tour of Britain’s most northerly Grand Départ to date takes place there on Sunday 4 September. Not only will this stage feature an entirely new route compared to last year’s finale in Aberdeen and Aberdeenshire, it will also include the first-ever opening day summit finish in modern race history. The Old Military Road climb from Auchallater to Glenshee measures 9.1 kilometres long, with the final five kilometres averaging a gradient of 4.8%.

The Scottish Borders will host a full stage for the second time in three editions on day two of this year’s race. Hawick, famous for its knitwear and the first whisky distillery to open in the region since 1837, will be the starting point of stage two. The race’s eighth visit to the Borders will feature a mix of roads old and new to the event, before a first-ever finish in Duns. The stage winner will be crowned in the shadow of the Jim Clark Motorsport Museum, which celebrates the two-time Formula 1 world champion who lived nearby.

This year’s race ventures onto English soil for the first time on stage three, which takes place between Durham and Sunderland. History will be made when riders roll out in the shadow of the city’s famous cathedral: Durham has never previously hosted a stage start or finish in a professional edition of the Tour of Britain. Stage three’s route will initially head west, taking the peloton through the North Pennines AONB, before heading back through County Durham and into Sunderland. The route will weave past some of the city’s beautiful green spaces and through communities on its approach to the finish line outside of Sunderland’s new City Hall, which forms part of a £500m development in the city.

Stage four (Wednesday 7 September), taking place between Redcar and Duncombe Park in Helmsley, will likely be another day that will shape the general classification. The start will be the first time the borough of Redcar and Cleveland has hosted the Tour of Britain, while the finish marks the race’s return to North Yorkshire in 13 years. Popular seaside towns such as Saltburn-by-the-Sea and Whitby will be raced through before the route heads into the North York Moors National Park. The unforgiving final 30 kilometres of this 150-kilometre stage feature the climbs of Carlton Bank (2km long, 9.8% average gradient) and Newgate Bank (2km long, 6% average gradient) before descending into the finish at Duncombe Park, one of Yorkshire’s finest historic houses and estates.

The Tour’s first Nottinghamshire stage since 2018 will start and finish in the same places – West Bridgford and Mansfield – as it did four years ago, albeit with a different route that takes in Cotgrave, Gedling, Southwell, Retford and Workshop before heading into Mansfield via Clumber Park and Sherwood Forest.  The finish will again be outside Mansfield’s Civic Centre, however, it will be approached from the opposite direction to which Team Sky rider Ian Stannard approached it en route to a memorable solo victory.  This will be the only stage of the 2022 Tour with less than 2,000 metres of climbing.

Gloucestershire’s first-ever full stage of the Tour of Britain will take place between the medieval market town of Tewkesbury and the cathedral city of Gloucester. With the start and finish locations separated by a little over 10 miles, fans will easily be able to attend both on race day, which will further add to the atmosphere at this free-to-watch sporting spectacle. Stage six’s route will head into the Cotswolds before approaching the finish by the historic Gloucester Docks via South Gloucestershire. Gloucestershire County Council’s commitment to supporting tourism and active travel will see the Women’s Tour, the UK’s most prestigious women’s cycle race, also visit the county in 2022 for a Tewkesbury to Gloucester stage (Wednesday 8 June, albeit using a different route.

Dorset’s natural beauty – including the Jurassic Coast UNESCO World Heritage Site that runs through the county – will be showcased to the world on the penultimate day of this year’s race. Stage seven will take the riders from West Bay, known for its striking golden cliffs, to Ferndown via one of the most stunning routes in Tour history. Stage seven will run parallel with the West Dorset Heritage coast before passing through Dorchester, West Lulworth and Corfe Castle. The route heads inland towards Wareham, Milton Abbas and Wimborne Minster and loops around into the heart of Ferndown town centre.

The Tour will become the biggest-ever sporting event to take place on Isle of Wight soil when the race finishes there on Sunday 11 September. Stage eight promises unforgettable for riders and fans alike, owing to the spectacular 150-kilometre route from Ryde to The Needles. Not only will the route showcase the island to a worldwide TV audience – its county town of Newport, as well as the popular tourist locations of Cowes, Sandown, Shanklin, Totland, Ventnor and Yarmouth all feature – fans will be able to catch the race in multiple locations owing to the way it loops around the Isle. The final 20 kilometres will take the peloton along the stunning Military Road, which offers stunning panoramic views out across the English Channel, towards The Needles Landmark Attraction. This year’s race culminates with a two-kilometre climb up to Tennyson Down, the final 400 metres of which average a gradient of 9.6%, making it the toughest ending to any Tour of Britain in modern history.

“As promised when we unveiled the Tour of Britain’s host regions in February, this year’s race features a number of surprises, none more so than hill-top finishes to start and end the eight days of world-class competition. Creating a route that encourages aggressive racing and brave tactics from day one will enhance the reputation of the race, leave the one million plus spectators watching on in person for free with long-lasting memories, showcase the stunning beauty of our host venues, and repeatedly entertain a worldwide audience.”

ITV4 will continue to broadcast live flag-to-flag coverage of every stage, as well as a nightly highlights show, allowing fans in the UK to watch wherever they are. The race will also be shown in over 150 countries worldwide, in part thanks to the event’s partnerships with Eurosport and the Global Cycling Network.