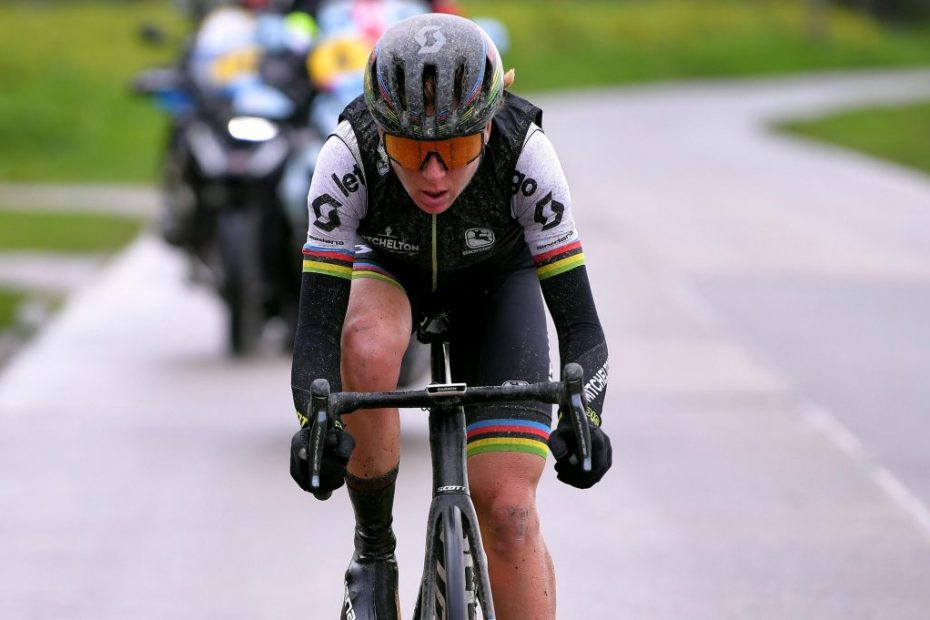 With a one-from-one record in the rainbow jersey, having claimed victory in her first and only race of the 2020 season, Omloop Het Nieuwsblad, 37-year-old Annemiek van Vleuten is more motivated than ever to return to racing after a lengthy period away from competition.

The road world champion will make her first race appearance since February on Thursday 23rd July, as she lines up for Emakumeen Nafarroako then Clasica Femenina Navarra, before returning to the white roads of Strade Bianche as reigning champion the following weekend.

“It is really good to have all kinds of races on my program, I will take it race by race at the moment, but I have the focus that I want to be good for the 1st of August for Strade Bianche which will be a really important race,” Van Vleuten explained.

“In the lead-up to Strade I will have three races in the Basque Country which are really nice to get into the rhythm of things, so I look forward to starting racing there. It is great they have organised three races in the area, it makes it worth the travel and I think it will be really good to have three races in my legs and for the team as it is such a long time ago since we had a race stress.”

As expected, the Dutch star has high ambitions for the shortened and modified season but is staying relaxed and open-minded that anything can change in any moment in these unprecedented times.

“After Strade Bianche I will just keep my fingers crossed that everything will still be on the program and that the health situation will relax a little bit,” Van Vleuten continued. “I will then look forward to La Course and from then on it will be full gas without rest.

“I will not be focusing on specific parcours, many are not confirmed, so I will just have a goal to generally be at a high level rather than focus only on mountains for example; like in the case if it was going to be a very hilly edition of the Giro-Rosa.

“It is a challenge for all riders to be very flexible this year. For riders that like to have everything really under control it may be a problem for them, but I am not usually that kind of rider.”

Lining-up as reigning champion in multiple WorldTour events such as Stade Bianche, Giro-Rosa, Liège-Bastogne-Liège Femmes and the road world championships, even with their close proximity and wide variety of terrains and distances, Van Vleuten is confident she can handle the diversity of these races and is eager to make the most of the 2020 season and her time in the world championship jersey.

“People ask me if I have too much on my program, but I will feel super lucky with every race that I can race this season and I just have to focus on being in optimal shape. I am confident I can race in all the races and on different parcours,” Van Vleuten concluded.