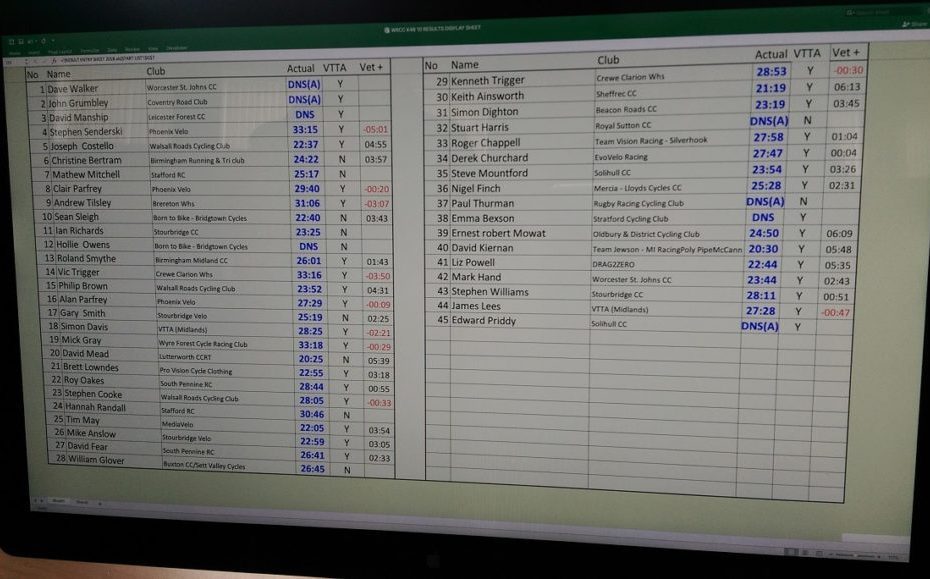 The third Open TT of my 2018 season took place last weekend. Hosted by the VTTA, it used the K48/10 circuit which I’d raced on a year ago in another Open TT. Definitely not a circuit to set a PB on, it’s lumpy and has two half-decent climbs to get over. The wind wasn’t hugely kind on the day either, a big tailwind on the way out meant a big headwind on the way back. A tough one to judge your effort on and get right, especially as I’ve not had one like that in awhile.

I was a low number for once, so was one of the first people off as #7. On an out and back route that would mean I wouldn’t see many people on the way out but would see everyone on the way back. I tried to be good and not go too hard too early. When it came to the climb in Sandon it wasn’t too bad at speed – the tailwind definitely helped. I had to really reign myself in on the fun downhill stretches, riding a bike properly fast is one of the most fun things to do. I knew that I wouldn’t be able to do that and make sure I’d have the energy to make a difference on the homeward half.

I saw a rider up ahead and started to reel him in. For the second Open TT in a row, I managed to overtake my 3 minute-man but no-one else. I also managed to not get overtaken in this TT, which is always a sign you’re doing alright (or the people behind you aren’t significantly better than you). Coming up to the island that marked the halfway point, for the second TT in a row I got caught out by traffic and had to slam on the brakes to a stop before carrying on. Never a good thing to do when aiming for a good time. I managed to exit the island at the right turn to begin the blast home.

The headwind was really blowing. The initial rise felt tough and was a sign of things to come. A short downhill that didn’t feel like one because of the wind led to the long long rise back up to the highest point of the course. It was hard, but knowing that putting in the effort here would result in a better time, I had to give it everything. After cresting the hill, the downhill was a relief for the leg muscles. Despite feeling like this was the end, the finish line was actually close to 2 miles away and had some little digs to truly finish off the legs. I emptied the tanks and hoped for the best. 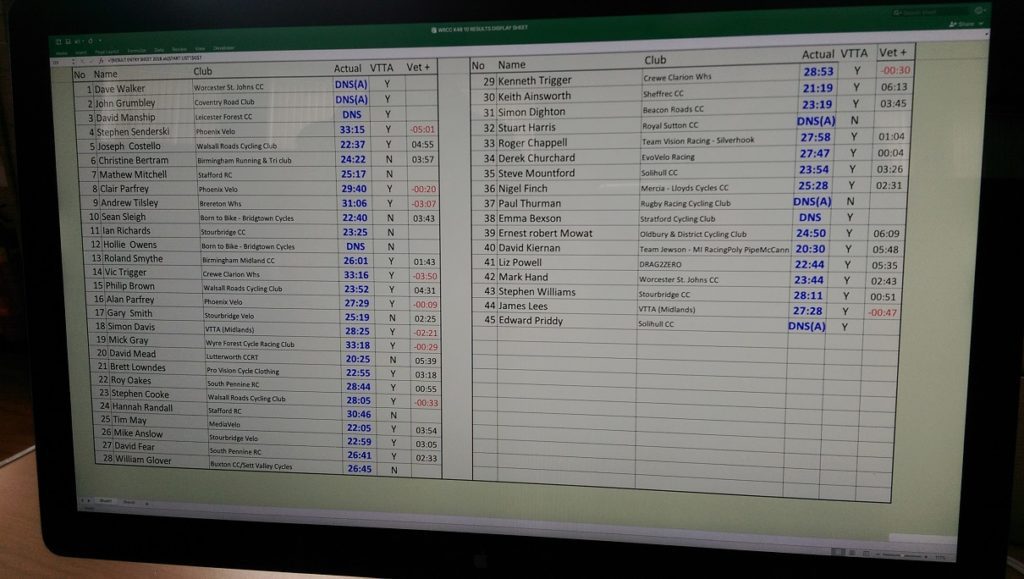 I managed to set a new course PB by 9 seconds – a new best time of 25:17. This was good enough to put me 16th of 37 riders on the day. I’ve got two club TTs coming up on the same course before attempting it again in the Walsall Open TT in May.