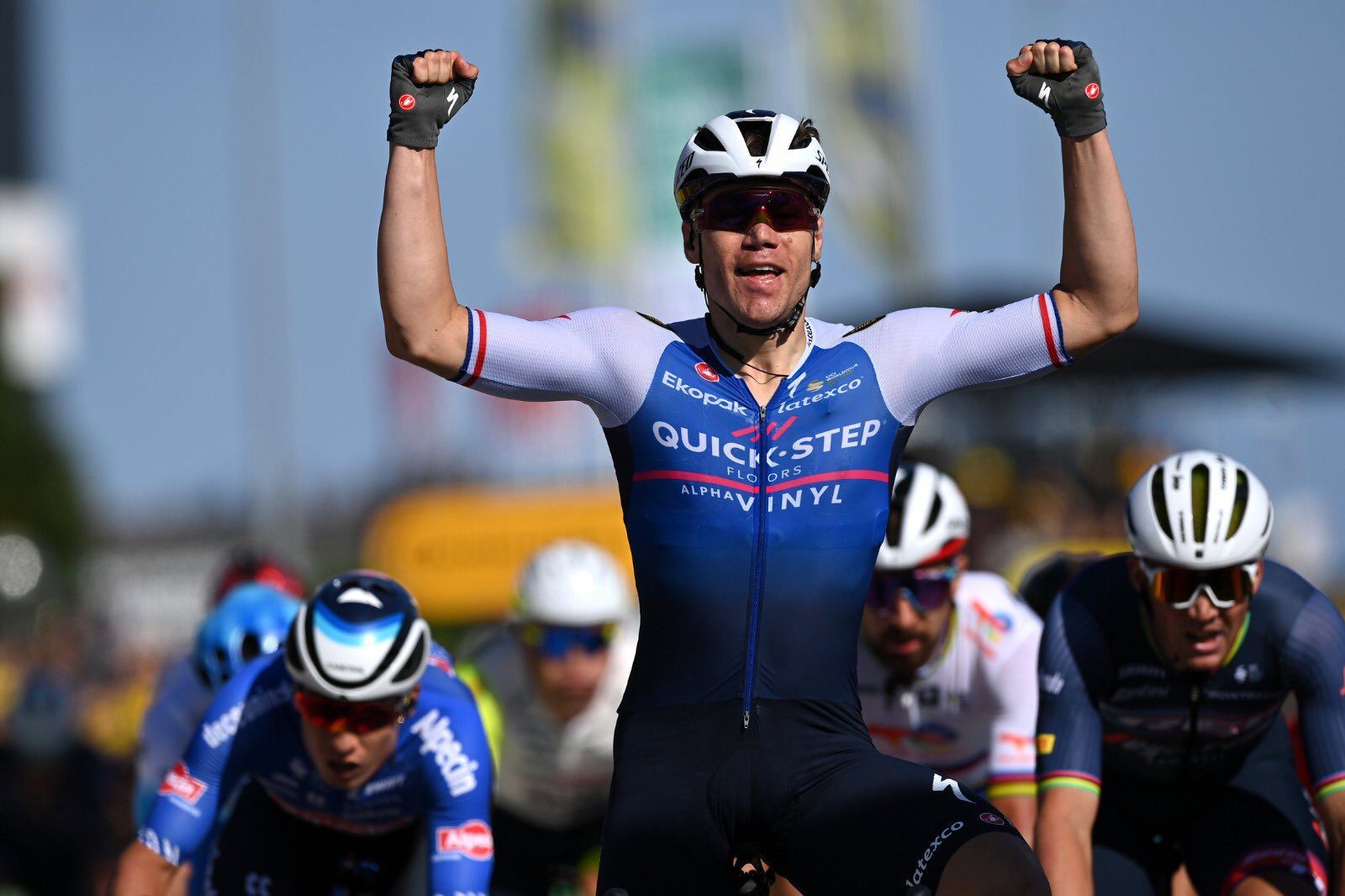 The second stage of this year’s Tour de France saw a crash-marred finale, with half of the peloton stuck behind one crash in the last 3 kilometres. Its location within the last 3km meant it had no impact on the general classification and the majority of the sprinters were able to get through to contest the stage still.

Fabio Jakobsen claimed the victory, his first at the Tour de France, on the 202.2km stage from Roskilde to Nyborg. Jakobsen timed his sprint perfectly into the headwind to come past Wout van Aert and Mads Petersen in the last few metres.

The win is another impressive note for Fabio Jakobsen on the comeback from the notorious crash at the Tour of Poland that interrupted his career. It’s something that Jakobsen is able to resume his career, let alone smash it out at the business end of a stage without the yips or fear of a repeat crash. Jakobsen had to barge shoulders with Peter Sagan as the Slovak looked to avoid crashing into a lead-out rider heading backwards. But brushed off the 3-time world champion and put the afterburners on.

It’s the second stage victory in a row for the Quick-Step Alpha Vinyl team after Yves Lampert’s win in yesterday’s time trial in Copenhagen. It was also a milestone for the team, their 50th Tour de France stage win since their debut in 2002.

“Today is ‘incroyable’ as we would say in French. For me it was a long process, step by step. A lot of people helped me along the way. This is to pay them back so they can see it was not for nothing.

I’m happy I still enjoy riding the bike and racing and luckily I can still win. It’s an amazing day and I’d like to thank all the people that helped me to be here”

Despite finishing second, the bonus seconds meant that Van Aert overtook Lampert for the lead and took the legendary yellow jersey for the first time in his career. Lampaert is only 1″ behind after an eventful stage where he crashed on the long bridge and had a major job to rejoin the peloton.

Pre-race favourite Tadej Pogačar sustained a double puncture in the late crash and crossed the line 3 minutes after Jakobsen. The time is wiped out though because the crash was in the last 3km. The Slovene remains 3rd overall.

“Classic Tour de France stage with crashes and everything. You need to be focused all day.

Second place but really nice jersey in the end. It’s a big day for me, I got some disappointments before but today I’m finally getting it, it’s quite an achievement.”

Earlier, the day’s breakaway was led by Norwegian Sven Erik Bystrom, who was out in front on his own for a while before being overhauled by the peloton with around 30km to go. He had been joined by Dane Magnus Cort Neilsen who made sure to crest the KoM points first to take the polka dot jersey. He will wear it during the last Danish stage tomorrow.

Sunday’s stage three is a 182-km flat parcours from Vejle to Sonderborg.