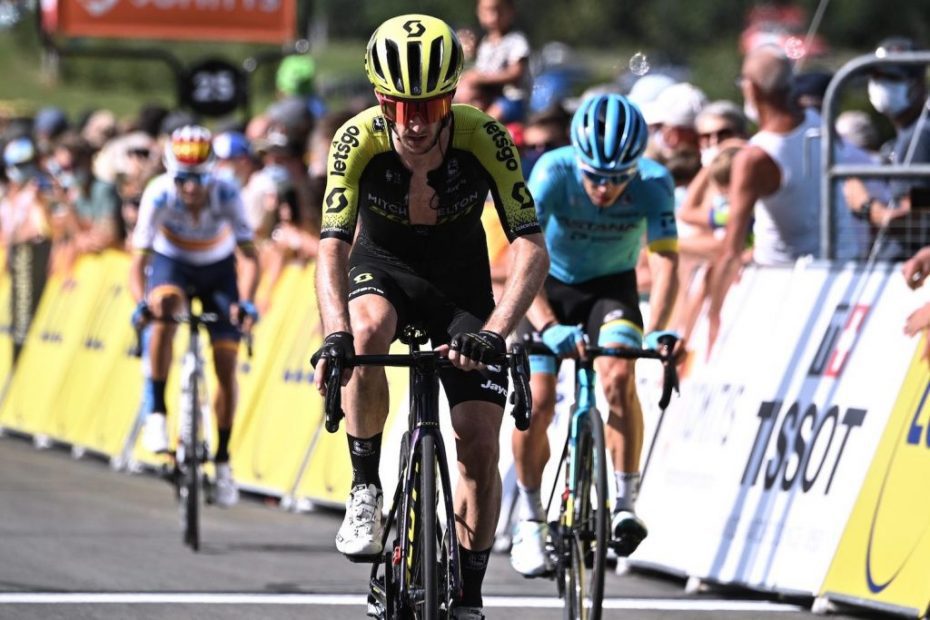 UAE Tour winner Adam Yates was in the mix throughout the explosive and gripping final stage of the Criterium du Dauphine.

The British climber was amongst the group of general classification favourites for the majority of the day, before eventually going on to take 11th across the line.

Relentless Start
It was a relentless start to final day of action, with a rapid pace leaving just 15 riders at the head of the race by the time the first categorised climb was dealt with. The group contained a host of general classification contenders and Yates, but it was all back together on the slopes of the second categorised climb.

More attacks followed as a group of eight went clear, before a group of 23 riders was established over the summit of the hors categorie Col de Romme, with Yates once again in the mix.

Two riders then attacked clear over the third categorised climb of the day, with the duo going on to open up an advantage of 1’30” on the group containing Yates. The gap was hovering around one-minute with 50km remaining, and the GC hopefuls soon began to attack each other.

Final Battle
Four riders eventually bridged across to the two leaders with Yates unable to go with the moves on the penultimate climb and the day then turned into a battle for the overall on the final ascent to the Megève airfield.

Yates was content to sit tight as attack after attack came and went from the GC contenders before the 28-year-old was ultimately distanced with six kilometres remaining. Sepp Kuss (Team Jumbo-Visma) went on to take the win solo ahead of the fight for the overall and Yates, who rolled home in 11th.

Adam Yates:
“It was a real tough day, I mean it was only 150km or so, but it was raced from start to finish, so it was super difficult. I managed to get in [the front group], but like I said this morning, I’ve not had the most ideal prep, so for most of the day I was just hanging on and it got a bit easier.

“In the end I’m not sure where I came, but I was up there with some of the best climbers in the world, so all things considered I can be pretty happy.

“I was in the break at the beginning and then all of a sudden it became a GC day, bodies everywhere, a few were scrambling. I just did what I could, just tried to hang on, preserve as much energy as possible. To be honest, I think I did a good job, but like I said, I’m not 100% yet.”