Zwift Academy champions & where are they now? 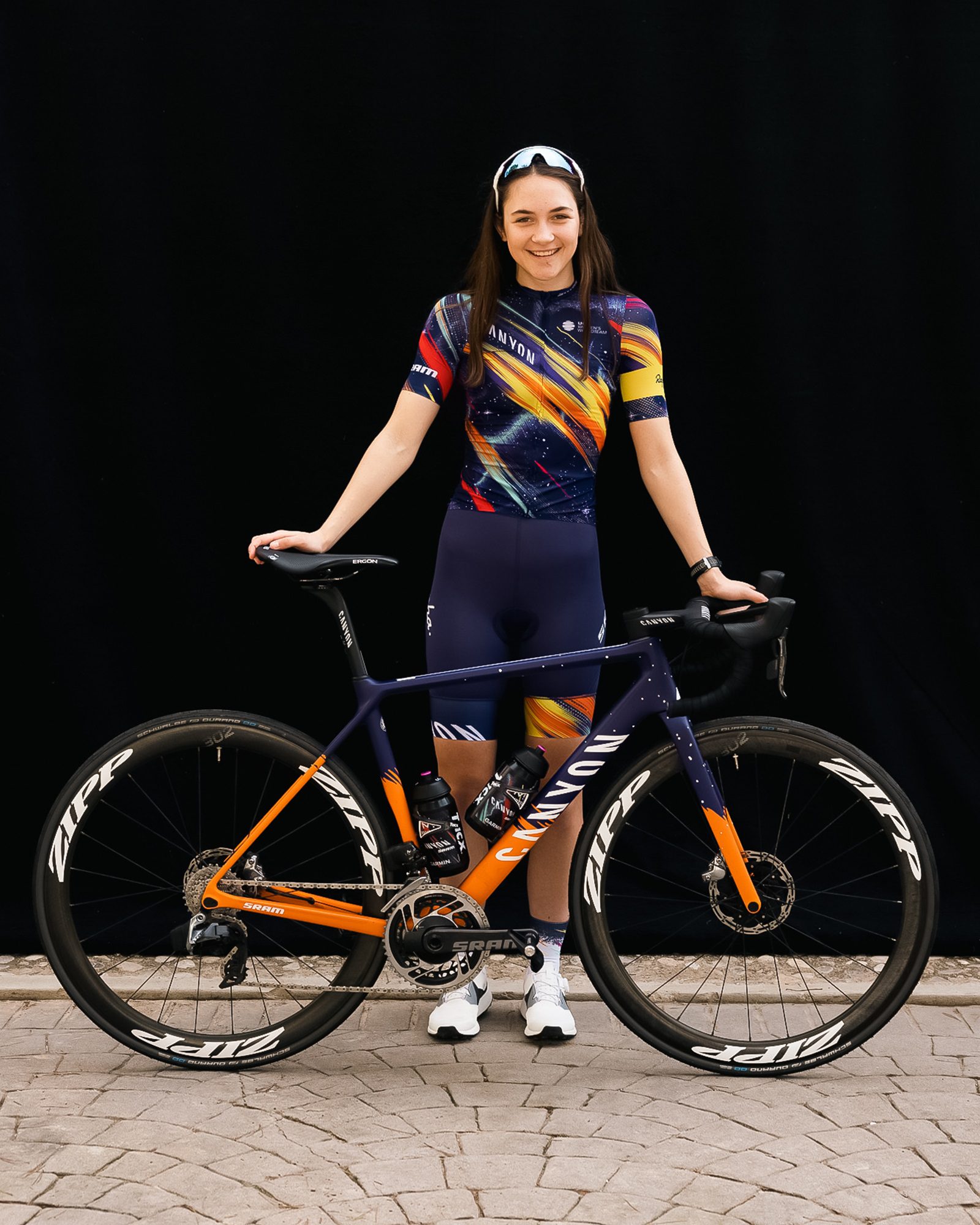 I was an early adopter of Zwift and wrote a review on it way back in 2016. One of the impressive things in those early days was the Zwift Academy, which promised to take a relative ‘nobody’ out of obscurity and into a pro cycling team. They would be subjected to online workouts and a real-life test to decide a winner. After that, the experiment would continue as fans of Zwift could see ‘one of them’ take on the big names in classic races and track the new pro’s results.

That first year, 2016, saw only a women’s pro contract at Canyon SRAM on offer as a prize. Canyon SRAM has committed to the programme and will have had 6 riders come through the Zwift Academy when the 2022 season starts. I’ve covered the women’s side in greater detail here.

The men’s Zwift Academy saw its first winner in 2017, with Ollie Jones joining the Dimension Data for Qhubeka team. They were the development team for the then WorldTour level Dimension Data team. Their partnership with Zwift carried on until 2020, with 2019 winner Drew Christensen the last to join the outfit. Since 2020, the Zwift Academy winner has earned a contract with ProTeam level Alpecin-Fenix.

The first Zwift Academy winner was Leah Thorvilson. Unlike all of the subsequent winners, she was already in her 30s when she won the competition. Thorvilson had a history of being a competitive runner, achieving one of the fastest 50-mile times in history. She struggled initially in the early stages of her pro career but began to find her feet near the end of the 2017 season, finishing 36th at the Lotto Belgium Tour. Her best result in 2018 was 3rd in the Healthy Ageing Tour TTT but largely her results were that of a domestique.

After 2 years with Canyon SRAM, she signed a contract with 3T Q&M Women’s Team (aka Femme Equipe) back in the USA. Since then, she has been seen taking on the American races in the calendar. She’s also a fixture still on Zwift. Racing for the Socks4Watts team in the WTRL team time trials and Zwift Racing League.

The second Zwift Academy winner was German Tanja Erath, who had just finished medical school to become a doctor. She was already racing, finishing 21st in both the German national races in 2017, but her Zwift performances saw her earn the Women’s WorldTour contract. Her first season’s results were encouraging and by the end of the year, she was getting into breaks and almost won the sprint jersey at the Tour de l’Ardeche.

Erath hit her stride mid-way through the 2019 season winning the sprint jersey at the WWT Emakumeen Bira. Then she finished 5th in GC at the Lotto Belgium Tour and her first WWT top-10 at the Tour of Guangxi. The 2020 Covid season was tough though, her only top result was 3rd at La Perigord and Erath left Canyon SRAM at the end of the year. Erath’s joined TIBCO for 2021 (and now 2022 too) and had a solid season, returning to her attacking role at the Tour of Norway. Only 21 seconds separated Erath from becoming the first Zwift Academy winner to win rainbow stripes in the Mixed Relay in Flanders.

At the last race of the year in the Women’s Tour, Erath suffered in the crash into Banbury. The full list of injuries was: a broken rib, a broken collarbone that needs surgery, two broken vertebrae and also a broken finger. She’ll return to the Women’s WorldTour in 2022 with TIBCO elevation to the highest level.

With Ella Harris we find the oldest Zwift Academy winner to still be on the Canyon SRAM team. She was also the most polished talent we’d seen come through the programme at this point. Harris had good results at junior level and had already raced against the pro peloton in the Herald Sun Tour and Cadel Evans Road Race. So it wasn’t to much of a surprise that she took to the pro peloton quickly. She was 8th in GC (and 1st youth) at the Vuelta a Burgos in 2019 and 4th in GC at the Colorado Classic. Her climbing talent was obvious to see.

Ella Harris started 2020 in great form, with regular top 10s and her first pro win at the Herald Sun Tour. Then the COVID lockdowns got in the way. When she was finally able to come to Europe, Harris was 7th at Emakumeen Nafarroako before the small matter of breaking her leg in the recon for Strade Bianche. She did make it back for the Ceratizit Challenge in November but pulled out of the final sprint stage. The 2021 season saw plenty of solid results but maybe less of the hype that there was in 2020. Her best result was 3rd in GC at Trophée des Grimpeuses and she put in plenty of shifts for her team leaders. It’d be great to see even more of her at the front in 2022.

The 2019 winner Jess Pratt was unfortunate in that her first season was so heavily affected by the COVID pandemic. She also came from a medical background, like Tanja Erath, in Pratt’s case she was in nursing. The Australian part of the 2020 season allowed Pratt to get her pro career with Canyon SRAM off with a bang on home Aussie roads. She was 9th in the Tour Down Under but given her history, it wasn’t a huge shock. She’d been a top 10 finisher in the Junior World Champs back in 2015 and raced in Europe with an Australian national development team in 2017. She even won a stage of the Tour de l’Ardeche that year. But a return to nursing put the cycling career on hold until Pratt won the Zwift Academy.

At the end of 2020, Jess Pratt finished with Canyon SRAM and has been back in Australia. Pratt completed a 70.3 Ironman and has been racing for the Sydney Uni – Staminade team in the National Road series.

Neve Bradbury was the 3rd Antipodean in a row to win Zwift Academy and came in with a similar background to 2018 winner Ella Harris. Her first race was at the Festival of Cycling in Australia, replacing the COVID affected Tour Down Under. She was 6th in GC, whilst working to support team leader Sarah Gigante. In her first race for Canyon SRAM, she helped her teammates take 2 podium spots at Dwars Door Vlaanderen. A top-10 on the toughest stage of the Setmana Ciclista Valenciana helped show us what talent is there.

Bradbury’s impressed enough to be signed for a second year and it’d be great to see her start to get more individual opportunities to shine in 2022.

In winning the Zwift Academy this weekend, Oudeman becomes only the second European to win the competition. It’s also further proof, if we needed it, that Dutch women are quite good at cycling. Oudeman was 4th in the Dutch junior TT this season and was also impressive at the hilly Bizkaikoloreak Juniors race. She spent 2021 with the TALENT Elabo Development U19 Team, a feeder team for GT Krush Tunap who secured invites to many of the spring classics. By winning the 2021 Zwift Academy, Oudeman has been able to jump forward a couple of steps in her career in one off-season.