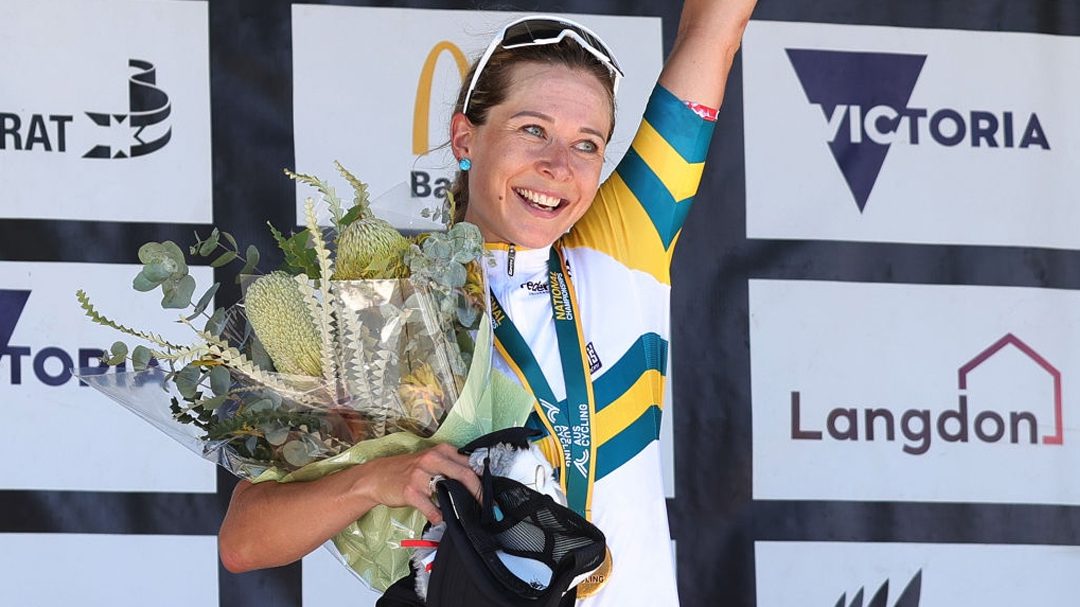 The Women’s Festival of Cycling will replace the Tour Down Under for the second year in a row. With the Australian Open taking place, there’s a thought that it might’ve been able to go ahead in 2022. Ultimately though it was a tough call to make a couple of months ago during the Delta wave to include the international peloton. So we’re treated to the best of the largely domestic-based Australian talent. Some Women’s WorldTour riders will be riding but their numbers aren’t huge. Amanda Spratt is due to be riding, but she’s recently had surgery and will be looking to just get through the race rather than attacking the GC. With some of the domestic Australians less well known in Europe, here’s a brief guide to 5 riders to watch out for during the race.

Anyone that’s been paying attention to the Australian season so far will be impressed by Team BikeExchange-Jayco’s new signing, Ruby Roseman-Gannon. In truth, she’s been turning heads for a while now. Back in 2020, she was turning heads at the Tour Down Under. Then going on to finish 12th at the Cadel Evans Road Race and 3rd on a Herald Sun Tour stage. She had 4-top 10s in last year’s Festival of Cycling, which helped her to 3rd in GC by the end of the race. Finally joining the Women’s WorldTour in 2021, she’s already won 2 stages and the GC at the Bay Crits and become Aussie criterium champion. She’s got a strong sprint but is probably more in the Arlenis Sierra mould than the pure sprint of Lorena Wiebes.

It feels like Peta Mullens has been around for ages, with results stretching back to 2011. She was a member of the Wiggle team for a number of years, which had an Australian influence. Then moved to Hagens Berman-Supermint for 2 years and raced in America a bunch. She’s been a member of Roxsolt since 2020, where she scored a top-10 in the Tour Down Under that year. Mullens won a stage of last year’s Festival of Cycling, winning from a small bunch of big names. Despite being 3rd in this year’s Aussie criterium championships, she was distanced in the road race and as 23rd. I’d expect to see her in the sprints going up against Roseman-Gannon.

The new Australian national champion was ecstatic with her win last week. So much so that she only remembered to celebrate at the last minute, not believing it was actually happening. She made the right attack at the right time and whilst the riders behind looked at each other, Frain just gained more time. A relative newcomer, she was plucked from the Sydney Uni Staminade team by Team TIBCO in 2021. The Australian part of the year was good, with 4th Overall in the Festival of Cycling and the rest of the year was solid enough too. She moved to Roxsolt for 2022 and has clearly got off to a great start. Hopefully, we’ll see the new green and gold jersey and the same attacking instants.

Only 18 years old, Polites is a former junior national champion in both the road race and the time trial. Indeed, she won both of them last year. As such, Polites was a bit of a new name to me, having not seen her much in the other Australian races previously. But the way she raced onto the podium during the Aussie nationals last week was highly impressive. She took the U23 national crown in the process. Despite riding against others with plenty of Women’s WorldTour experience, she led the Sydney Uni Staminade team to one of its best results. At this point, it feels like there is another Ruby Roseman-Gannon style of rider waiting to break out.

Finally, Danielle De Francesco impressed me last season. Riding for the Specialized Women’s Racing team, she was 7th on Stage 1 of the Festival of Cycling having got into the winning break of the day. She was consistently up there all week and finished 10th in GC. She’s quite strong against the clock and was another member of the winning break in the Australian national champs last week. She finished 5th in the sprint in the end. There’s a good chance that we see her race consistently again and achieve a good position in the final general classification.