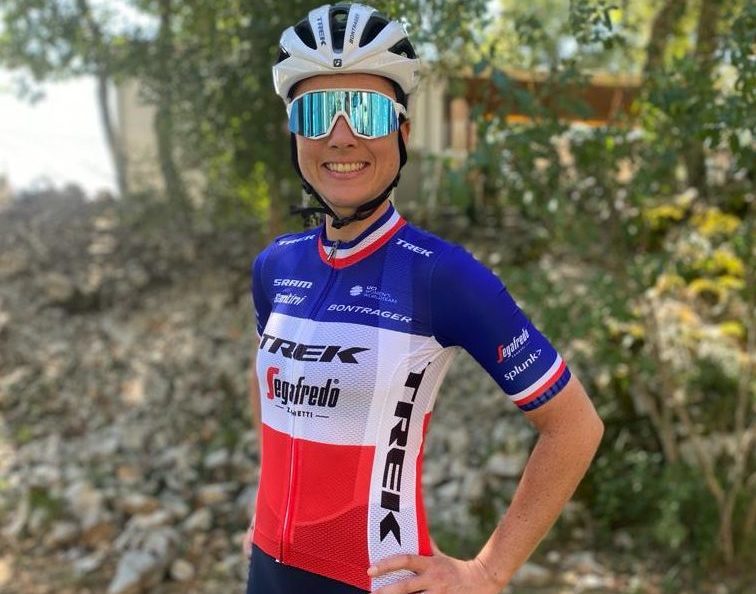 In her race debut with the French National Champion jersey, Audrey Cordon-Ragot gave a fighting performance and landed a second place in the opening stage of the Tour Cycliste Féminin International de l’Ardèche.

The 90km first stage from St. Martin D’Ardèche to Bourg-St-Andéol included just one categorized climb approximately 30km from the finish. That served as the launchpad for Mavi Garcia (Alé BTC Ljubljana), who attacked solo and opened a gap on the rest of the peloton. Shortly after, Cordon-Ragot did very well to stay in the chasing group of around 11 riders, where teams like Movistar and Team Arkéa had three and two riders, respectively.

The group came very close to catching Garcia, but a lack of cooperation meant that the Spaniard was able to stay ahead until the finish.

In the sprint for second place, Cordon-Ragot came out on top, finishing runner-up on the stage ahead of Alicia Gonzalez (Movistar).

We were chasing and came really close to catching Garcia, but then the group stopped, and she again took back some time. In the end, we came fast but couldn’t catch her and ended up crossing the finishing line a few seconds behind.

I won the sprint for second, which left me feeling a bit frustrated because I had counted on the big teams to chase since I was alone in the group and couldn’t contribute as much as some others. It’s a bit frustrating because I had a good sprint, and I could have won it had we caught Garcia.

In a way it’s bittersweet. On the one hand, I’m happy with the legs, but a bit frustrated because I feel I could have won today.

With this result, Audrey Cordon-Ragot moves into second place in the General Classification of the seven-stage French race, just five seconds in arrears to race leader Garcia.