Home » Audrey Cordon-Ragot is the Champion of France

Audrey Cordon-Ragot is the Champion of France 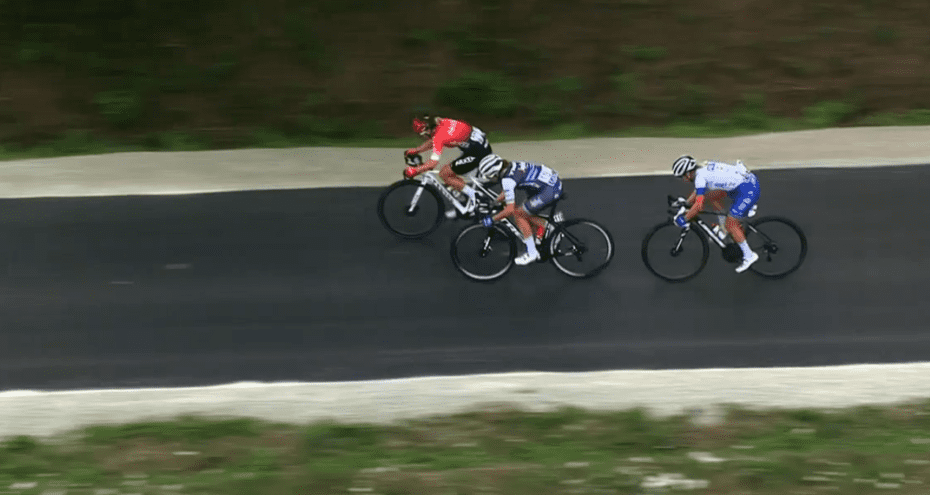 Audrey Cordon-Ragot knew she had to have a clear plan going into the French National Championships road race Saturday. Outnumbered and with no teammates to rely on for support, Cordon-Ragot had to battle alone against two strong teams: Arkéa and FDJ Nouvelle Aquitaine Futuroscope.

And coming off a narrow second-place finish in the National Championships time trial yesterday, the local Bretagne cyclist needed to put the disappointment behind her and channel all her energy and emotion into the road race.

Pierre Rolland told me this morning, ‘Audrey, today you have to race with a cold head and a warm heart.’ I kept repeating that in my head the whole day. I was composed and made a really deliberate attack when I did.

Cordon-Ragot’s winning move happened with five kilometres remaining after she had already softened her competitors with numerous attacks. Only three riders remained at the front of the race: Gladys Verhulst (Team Arkéa), Clara Copponi (FDJ Nouvelle Aquitaine Futuroscope), and Cordon-Ragot. When the Trek-Segafredo rider jumped, Copponi tried desperately to stay on her wheel, but the gap, at first a few bike lengths, quickly stretched. It was over.

A national championship race is never simple. I knew the course really well, every corner. The little hills were not hard, but the succession of them made them really hurt. I had different scenarios in my head this morning, all coming down to trimming down the bigger teams.

In the last meters, Cordon-Ragot had enough time over her two chasers to savor what she had just done, and her emotions overflowed. In previous years, Cordon-Ragot has finished second and third in the National Championships road race but had never won. And now she had just pulled off the victory – in her home region!

Yesterday was such an immense disappointment for me, and I couldn’t get over it. But today, I rebounded from it perfectly.

I had so many goosebumps at the end! So many people shouting my name, it was incredible! I’m from Brittany, so this is like a home race for me… unbelievable!

To be able to pull this off is just incredible! This is the most beautiful moment in my career: being able to win and wear this beautiful jersey. I am going to enjoy it!