Home » BARBARA GUARISCHI, 2ND IN THE AGITATED FINAL OF THE VUELTA CV FÉMINAS

BARBARA GUARISCHI, 2ND IN THE AGITATED FINAL OF THE VUELTA CV FÉMINAS 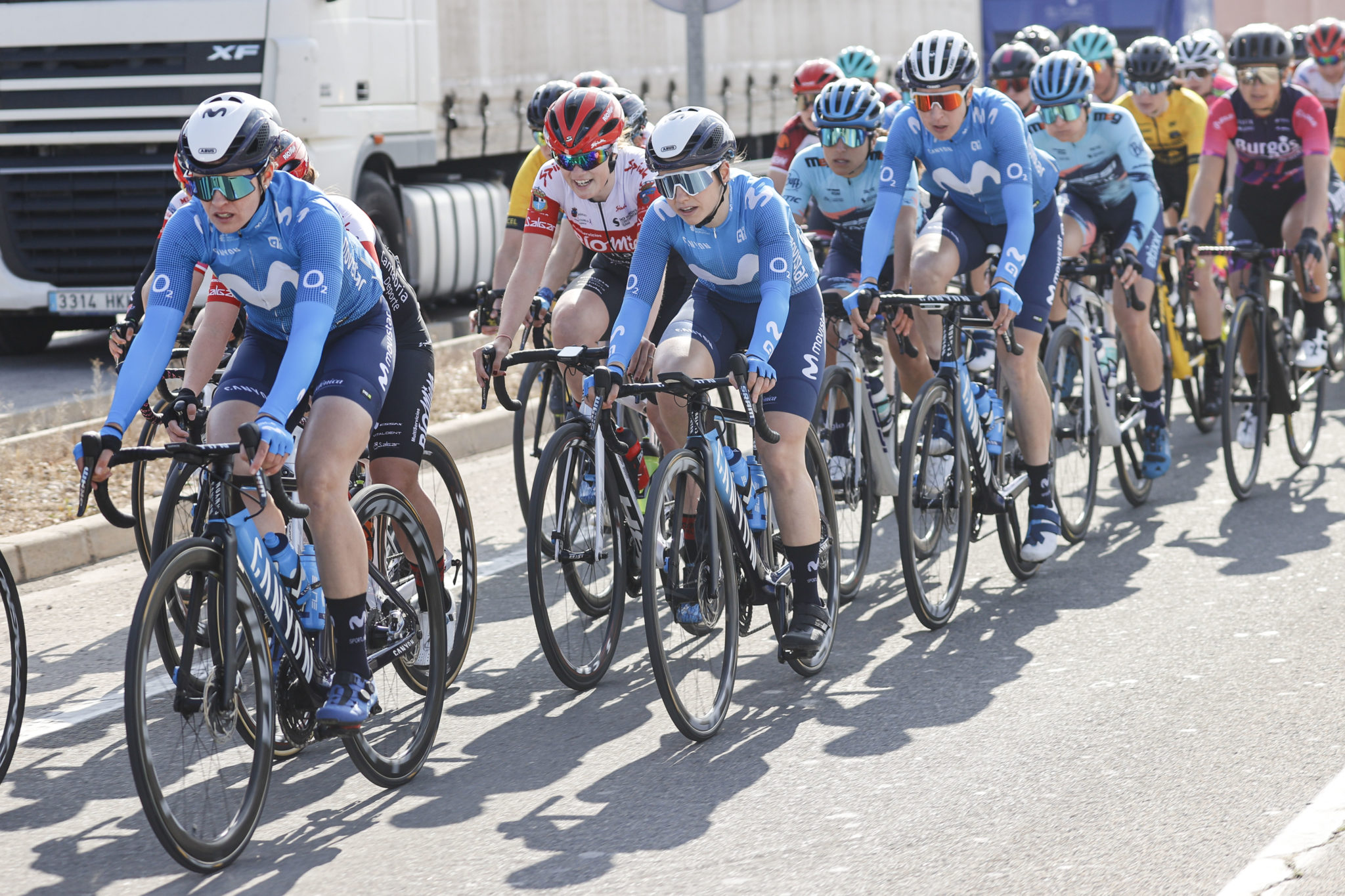 THE ITALIAN REPEATED THE RESULT OF THE PREVIOUS YEAR IN A SHORT BUT INTENSE RACE, DOMINATED BY THE MOVISTAR TEAM IN THE LAST KILOMETERS AND WITH CONSONNI (VAL) AS THE WINNER.

The 92km race between Paterna and València featured a late break made up of Jasinska (WCS), Laizane (EIC) and Molenaar (COB) who did not have more than a minute at any time thanks to the control of the VAL and the Movistar Team.

With the neutralisation of the escapees 10km from the finish line, the Blues’ plan was launched with two fortuitous attacks by Sheyla Rodríguez, followed by a movement by Lourdes Oyarbide. All with the aim of reducing the number of units to the maximum upon arrival in Valencia.

All these tensions caused Alba Teruel to fall into the group after a sharpener with another runner. However, the cyclist from Benigànim was able to join the head of the race with a bruise on her right thigh.

Already entering the last kilometre, Barbara was slightly behind the head after passing several consecutive hairpin bends. Gloria Rodríguez first and Sheyla Gutiérrez later were in charge of returning Bárbara to the top positions and up to the same finish line in which Consonni (VAL) took the victory ahead of her and Le Bail (SRC).

“All the movements in the last kilometres were planned from this morning, the objective was that the other teams work harder. The only solution was for the other stronger team (Valcar) to roll disunited

The work of the teammates has been exceptional to get this second place, that’s the most important thing, the good work is there, the results will come ”.