Home » Bookwalter rides to a top-10 at brutal Strade Bianche

Bookwalter rides to a top-10 at brutal Strade Bianche 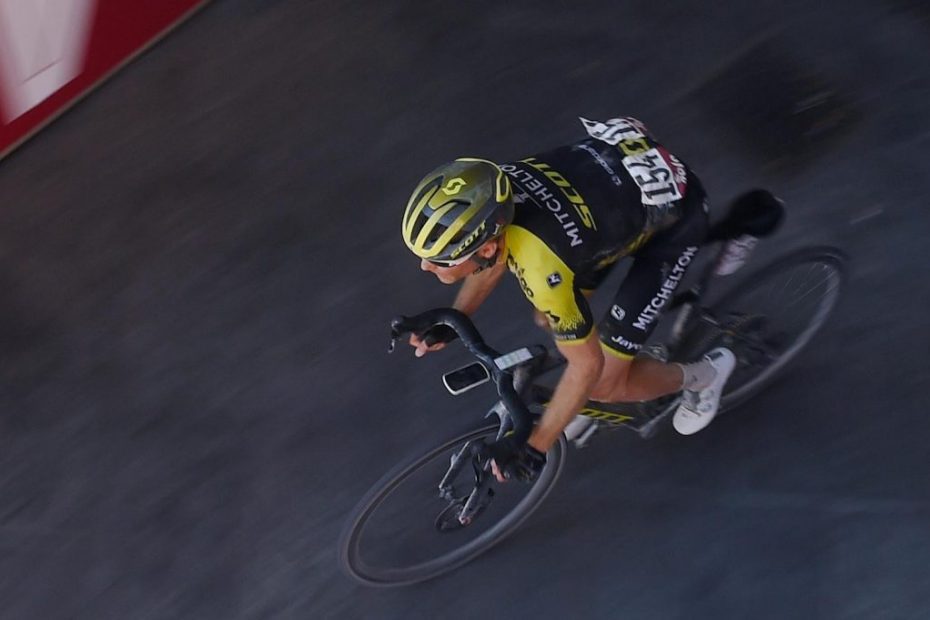 American Brent Bookwalter went down fighting on his way to seventh place in a hot and brutal edition of Strade Bianche.

The 36-year-old found himself in a chase group inside the closing stages of the race, but was unable to make it across to a selct group of leaders, eventually settling for a top-10

A Summer Classic
A six-rider breakaway was established before the peloton reached the first gravel sector and they soon opened up a gap of over three-minutes. Simon Pellaud (Androni Giocattoli – Sidermec) then opted to go solo, leaving his breakaway companions with around 100kilometres left to race.

A number of attacks then came out of the bunch behind as the gap to the lone leader began to fall rapidly. Carnage then ensued with several crashes and punctures creating splits up and down field.

With the peloton split to pieces, Simon Clarke (EF Pro Cycling) launched an attack with 55kilometres remaining. Kiwi Jack Bauer was alert to the move and quickly formed part of a five-man chase group behind, eventually catching Clarke a few kilometres later to create a leading group of six.

The Chase is on
However, the group only had a slim advantage over the remains of the peloton and a fresh group of six riders soon caught and swept past them, with Bauer unable to hold on. The new group of leaders contained several pre-race favourites and they quickly put time into the tiring peloton.

With riders spread across the course, Bookwalter found himself in a three-man chase group alongside former winner Zdenek Stybar (Deceuninck – Quick Step), around 1’30” behind the leaders. The trio of riders worked well to reduce the gap to under one-minute until Stybar went solo in pursuit of the group ahead.

As the race approached Siena it was clear the winner was going to come from the leading group. Wout van Aert (Team Jumbo-Visma) was the rider to make his attack count as he soloed to victory, while Bookwalter came home in seventh place after a valiant chase behind.

Brent Bookwalter:
“I’m really happy, I had no expectations. I’m still learning how to be a bike racer as a dad, so I guess it’s a good testament to the hard work I’ve been putting in. It was filthy, unbelievably hot, I think I’ve only had that heat in the Vuelta before, it was just baking down on us.

“It was madness, so dusty, so dry, so loose, really bumpy and I think we saw some additional early season jitters. Everyone was feeling it out again, lots of over braking, lots of ramming into the back of each other, but lots of excitement to get racing again, so it made for a real chaotic start.

“The first few sectors were really chaotic and super technical and then it turned into super physically demanding for the second half.

Gene Bates (Sports Director):
“I think to say the race was hard is a really big understatement, it was one of the hardest races I’ve seen, particularly with the heat, coming off no racing was extremely difficult for everyone, I think.

“From our perspective I think we were really good, it’s difficult to know what to expect, coming in after such a long period without racing and interrupted preparation. But certainly Brent was outstanding, he seemed to get better and better during the day and to come seventh, when you look around at the company in the top-10, it’s a really good result for him.

“Also, Jack (Bauer) had some great moves and also helped set Brent up for a great ride there. Unfortunately, for Durbridge a mechanical put an end to his day before the action really started, but he showed really good signs too.”