Dolan bikes join forces with the Tour of Britain 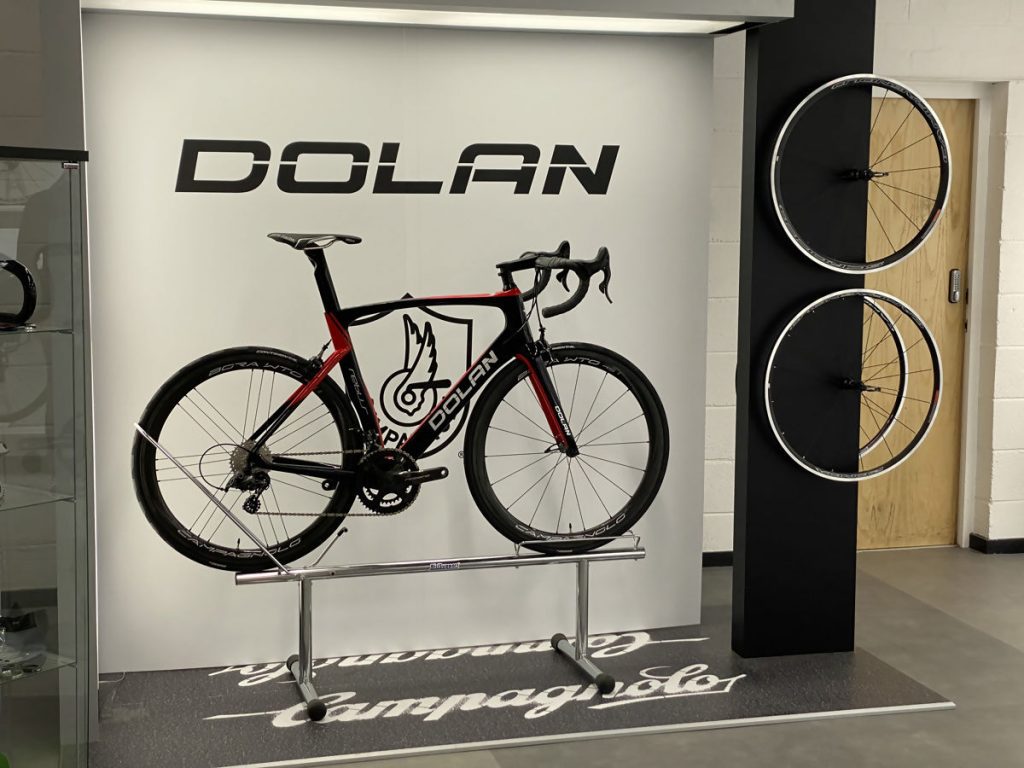 Lancashire-based leading bike brand Dolan Bikes have been appointed the official bike partner of this year’s Tour of Britain, Women’s Tour and Tour Series, the UK’s biggest and most prestigious cycling events.

As part of the partnership, two lucky race fans will win a fully custom-built road bike worth £3,000 during this year’s Tour of Britain (5 – 12 September) and Women’s Tour (4 – 9 October). Choosing from a Dolan Ares or Dolan Tuono, the winners will be able to create the bike of their choice, including paint scheme overseen by Dolan Bikes’ in-house team.

The partnership got underway to coincide with the opening round of the Tour Series in Guisborough, with Wales Racing Academy rider Will Roberts winning Round Two in Sunderland on a Dolan Rebus.

Dolan Bikes specialise at offering bikes direct to customers – no two bikes are the same and each customer is able to specify every component on the build. Dolan Bikes’ heritage stretches back to 1966, when Terry Dolan began to build frames in Walton, Liverpool, before going on to establish his own shop. The brand then went on to supply international teams and professionals on both road and track. Terry’s history with the both Tour of Britain – in its Kellogg’s Tour guise – and the Milk Race dates to the mid-1980s when he made frames for ANC Halfords and Team Falcon Cycles, who won the events on six occasions.

Terry Dolan, director of Dolan Bikes, said: “Being a leading British bike brand and having supported our greatest on the road to success, we felt that supporting the biggest bikes races would celebrate the success of cycling in Britain.”

Miles Rose, commercial director of Tour of Britain organiser SweetSpot, said: “We are delighted to partner with Dolan Bikes and are especially thankful that an iconic British company is supporting our ever-popular races. It has been a tough couple of years for the events industry, so to have the support of Dolan now is fantastic news.”

Further details of the competition to win either a Dolan Ares or Dolan Tuono will be announced in the build up to the Tour of Britain, which gets underway in Cornwall on Sunday 5 September.

The Tour of Britain is shown live and in full on ITV4, as well as in over 150 countries around the world, and generates widespread media attention, making it the perfect opportunity for brands to reach a truly global audience. Partnership opportunities are available for the 2021 race, ranging from title sponsorship of the event through to jersey naming rights. For more information visit sweetspotgroup.co.uk/sponsorship-opportunities.