Used with permission from Tuttosport, an Italian sport newspaper published in Turin, Italy.  The following article ran Saturday, May 8. 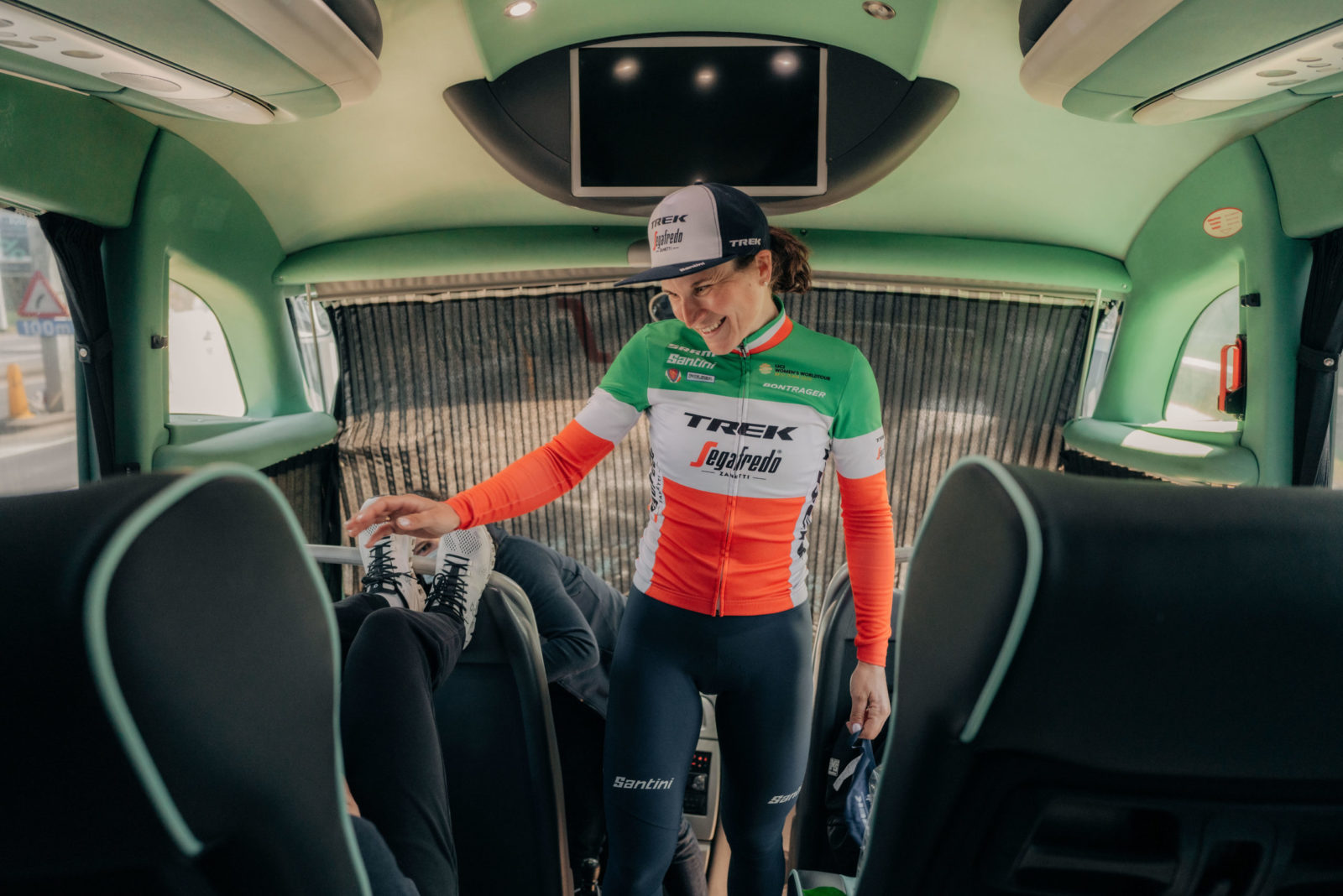 The child who once watched the Giro on the roadside with her parents, is now a woman who sees her colleagues preparing for a race that, for over a century, with its passages through the streets of Italy, has inspired generations of cyclists.

“On my first experience, I remember the long wait for the Carovana Rosa. I can’t say whether it was minutes or hours, but it seemed interminable,” says the Trek-Segafredo Italian champion. “Suddenly, I began to see the motorbikes and, shortly after, the group passed. It went so fast that I had just the time to clap my hands and it was already over.”

Did you recognize any champions?

“No. At that time the thing that attracted my attention was the fluro pink on the Lampre jersey.

Did you feel disappointed with the rapidity of that passage?

“No. I wasn’t disappointed, I was excited.”

After that moment, did you go on the roads of the Giro to cheer on your brother Paolo?

“It may sound unbelievable, but even though Paolo competed in the Giro four times, I never got to go see him. I met him twice in Paris, for the last stage of the Tour, but never at the Giro. Mainly it was a problem of dates: In May, during the Giro, I was always busy with school.”

Will it be the same this year?

“Yes. In the next days, I will be in Spain to race and then I will move to Sestriere for a block of altitude training.” 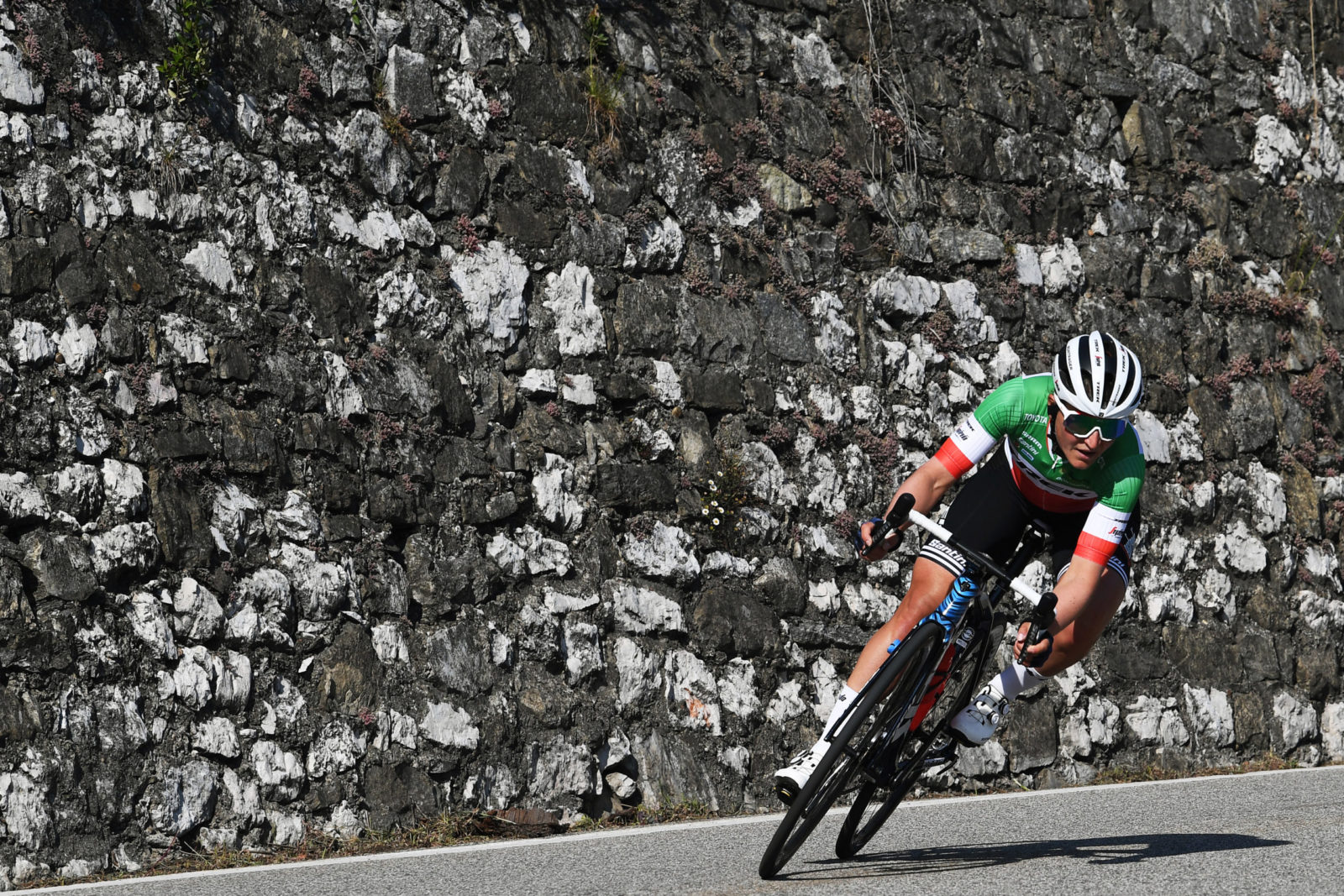 In this edition of the Giro, your home region, Piedmont, will host the Great Start and the end of the race. And one stage will be close to your home, the 20th, Verbania-Alpe Motta?

“It is not very long, 164 km, but it is demanding looking to the altimeter, also because riders will have already 19 stages in the legs. Looking to the context, it will be amazing, because there is a beautiful stretch on the lakefront. It’s a route that I also recommend to amateurs.”

If we look to the other stages and climbs, what will be the decisive ones in this Giro?

“The hardest stage will be the Sacile-Cortina: La Crosetta, Fedaia, Pordoi and Giau are a sequence that takes your breath away. And after this effort, many riders could feel empty. That’s why I say to pay attention also to Stage 19: Abbiategrasso-Alpe di Mera includes Mottarone and Passo della Colma before the uphill finish. Riders need to be ready for that stage.” 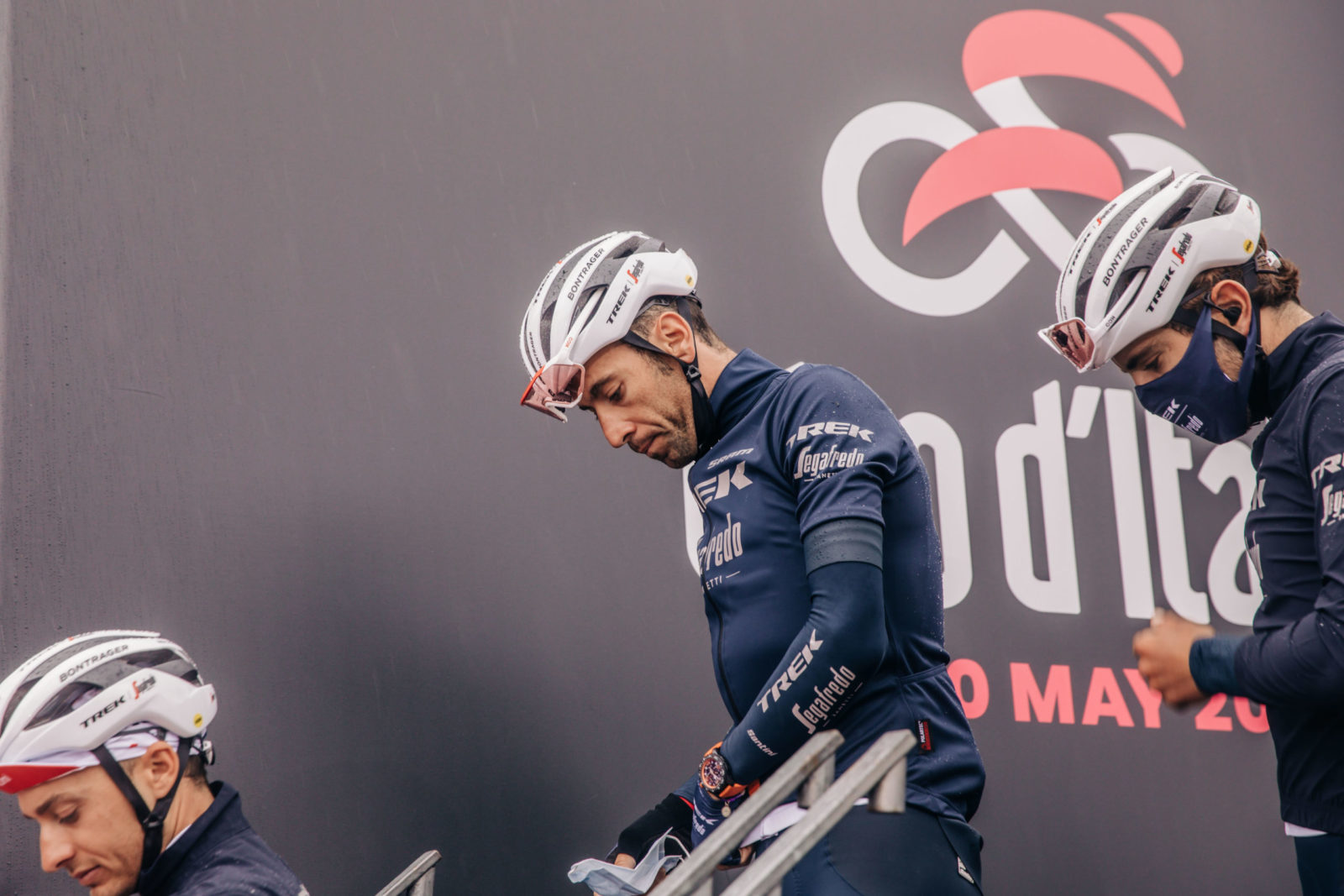 All these mountains – to whom do they suit best?

“For what he did in 2019 at the Tour, it’s easy to point to Egan Bernal as the favorite. Along with him, I see Simon Yates, who has shown great form.”

Where do you see Evenepoel?

“The big unknown for him is the third week, because he has never raced a Grand Tour and because he hasn’t raced for nine months. But I certainly wouldn’t be surprised if I saw him fighting for the pink jersey. He is so gifted, you can never be surprised.”

How do you see your teammate Vincenzo Nibali compared to such ambitious and aggressive youngsters?

“Vincenzo has already shown a great character being at the start. Many people would have given up after the fracture, but he’s here. He’s a symbol of our cycling and the fact that he’s attending the Giro is a victory. Then, and I don’t want to seem biased, but I expect something good from him, especially in the last week.”

In July you’ll race Giro Rosa and then the Olympics?

“The Giro will be a springboard for Tokyo, but of course I won’t participate only for training. It’s a key event for me and for my team.”