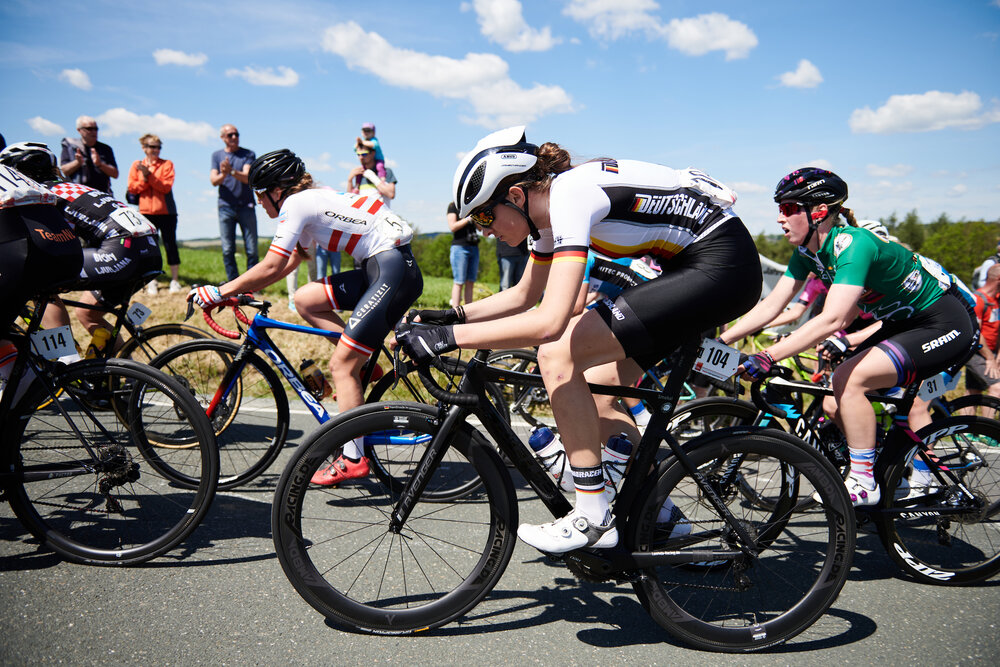 Drops Cycling Team are pleased to announce that Finja Smekal will race for the team in 2020. The 18 year-old German rider will race her first season at senior level with the British team.

British fans will get their first chance to see Smekal in action as she competes in the London Six Day event in the Lee Valley Olympic Velodrome this weekend. Finja is no stranger to the Velodrome having won both the Madison and Omnium German Junior National Titles this year. The young German rider was also part of the German Junior Team Pursuit lineup when they claimed a bronze medal at the European Championships in both 2019 and 2018.

Having ridden a bike from a young age, Smekal is also comfortable on the road. This season she took home a silver medal in both the German Road Race and Time Trial Championships. Smekal joins the team from Maloja Pushbikers where she has worked with ex-professional Claudia Lichtenberg, who won many prestigious races. Earlier this year Finja experienced her first taste of senior level racing when she represented Germany at Thüringen Ladies Tour and she spoke of her ambition to compete more at this level.

“Becoming a member of this five year old British team is a great honor to me. I’m thankful for the trust they have shown in me riding my first year in the elite category.” Finja said. “The professional spirit and the passion for women cycling of the sport directors is unique. I’m very motivated to support the team and will do my best to help my teammates and the team reaching their goals. With the team DROPS I identify the best chances to develop as a rider by learning and gaining new experiences.”

“Having an international flavour to our roster is something that we were all keen to return to; management, riders, sponsors and staff alike.” Team Director Bob Varney commented. “The formation of a U21 squad within our roster is a really exciting development.

Finja has all of the qualities that we search for in an athlete and we are all looking forward to working with her for the foreseeable future. She is a driven and talented rider who has demonstrated ambition, consistency and progression throughout her career. We are all excited to see how the future develops for this gifted all-rounder.