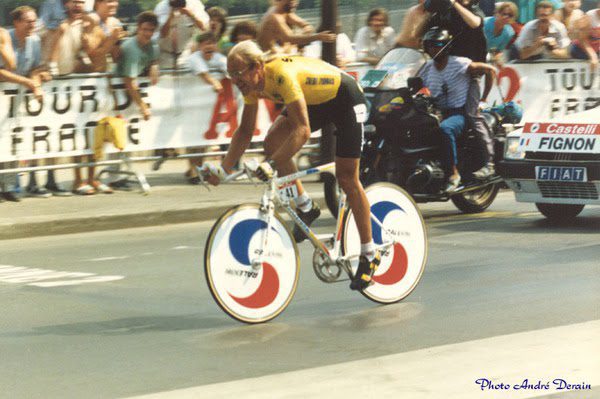 The Yellow Jersey is the pinnacle of cycling, the well-known symbol that transcends from cycling fans to everyone else. Starting life as an excellent marketing gimmick in 1919 by the founder of Le Tour, Henri Desgrange, the yellow jersey became something to aspire to in the most famous race in cycling. All of France celebrated victories, but in the last 30 years, they’ve proved harder to come by. No French rider has won the Tour de France since 1985.

French Riders and the Yellow Jersey

The French have never experienced a drought quite like this, from the earliest days where 8 of the first 10 editions were won by Frenchmen such as Maurice Garin and Lucien Petit-Breton, there has always been a generational talent that arrives and dominates for a period. After initial success, there was a period including the First World War which saw only a single Frenchman win in 18 years, but the single win was placed in the middle and the Belgians were simply stronger.

6 wins in the 1930s made up for the wait, especially given the dominance within those races. After the war, Louison Bobet won three in a row, before Jacques Anquetil won five on his own. At the time a new record. After Eddie Merckx took over for Belgium, Bernard Thevenet, Bernard Hinault and Laurent Fignon gave France 9 wins in 11 years to take us up to 1985. At the time it would be inconceivable that France wouldn’t win again for so long…

1989 saw the closest that France has come to winning a yellow jersey since. Laurent Fignon, wearing the yellow jersey, lost out to Greg Lemond by 8 seconds on a final time trial on the Champs Élysées (the sprint finish we now see as traditional wasn’t part of the race at this point). Quite possibly the last time trial we saw with a rider sporting a ponytail without a helmet.

Unlike the Netherlands, which hasn’t found a way to have a rider in the yellow jersey at all since 1989 [this changed in 2019!], France has managed to get quite a few riders in Yellow, even if only for a day or two at a time. Most of these riders are the breakaway specialists, shooting off for a chance of glory early on in the Tour.

With the time gaps still close, riders can gain the jersey simply by picking the right move on the right day. Thomas Voeckler took the lead and held the yellow jersey until late into the 2011 Tour. Voeckler forced himself up over the mountains with the GC contenders before eventually finishing 4th.

Where the issue arises is that since Fignon, they haven’t really even come close to winning Le Tour. Often finishing a distant 2nd (or 3rd) place on the podium but without ever really challenging for the win. Effectively the best of the rest to a dominant winner. A number of riders have been presented as the next great hope, which has never really materialised. Riders like Pierre Rolland, Christophe Le Mevel, Thibaut Pinot and Romain Bardet.

Richard Virenque was the most successful with two podium finishes and winning a large number of King of the Mountain titles. Sporadic podiums have been claimed by in-form riders at the time but these have flattered to deceive. Thibaut Pinot, in particular, has blown hot and cold. With a top-10 in 2012. Followed by a well-documented fear of descending and a podium in 2014. Then a 16th and a pair of non-finishes in the three years since.

France compared to other countries

The lack of French overall success in the Tour de France is even starker compared to the success that other countries have had over the same period.

It begins to give a pattern of ‘heroic defeat’. Where French riders who know they cannot win overall have instead focused on winning the King of the Mountains competition to win something. Teams and riders do get bonuses for this, so it’s not an awful idea but does seem to have come at the expense of being able to push on for overall honours.

Despite not winning the Tour de France for over 30 years, France still has the most overall wins. A byproduct of the race being from France so nearly all early editions of the race were won by Frenchmen.

In second place is Belgium, again somewhat due do its closeness to France, many early editions were won by Belgians. However, they’ve not won the Tour de France since Lucien van Impe won in 1976.

Spain is in the third position and has a modern dominance over the race with 10 wins since 1988. Italy was similar to Belgium in having a traditional base of wins in each decade from the 1920s to the 1960s. Vincenzo Nibali’s win in 2014 was the first since then, however.

Luxembourg seems to have a generational set of wins, with some very early wins and then Andy Schleck in 2010. The UK didn’t win the Tour de France at all until Bradley Wiggins in 2012, since then Chris Froome has dominated.

Since the demise of Lance Armstrong, the US has fallen down this list to only show Greg Lemond’s 3 wins. The other countries to have a win have also been similar ‘once in a generation’ types such as Jan Ulrich, Stephen Roche, Cadel Evans and Bjarne Rijs.

French riders record with the other jerseys

Despite a number of French sprinters throughout recent years, only one has won the green jersey. Laurent Jalabert won it in 1992 and 1995 before going on to win the polka dot jersey in 2001 and 2002 to match Eddy Merckx’s achievements in multiple jerseys.

Other than Jalabert, only 5 other French riders have finished in the top 3 of the competition since 1985 – the great Bernard Hinault, Frederic Moncassin (2 stage wins), Christophe Capelle, Damien Nazon and Bryan Coquard.

The King of the Mountains competition has been a happier hunting ground in modern times with 15 victories since 1985. 7 of these from Richard Virenque who dominated the competition in the 1990s and was often the French national hope for a victory. Other than Laurent Jalabert’s wins, the French winners have been one-offs.

Christophe Rinero won the jersey on his way to 4th overall in 1998 (effectively carrying on the Virenque style). Anthony Charteau took the jersey early in the 2010 race after a breakaway, lost it, and then reclaimed it for good a few days later. Thomas Voeckler was aiming for the overall win after finishing 4th the year before, but as that aim became unrealistic he took 26th overall and the mountains jersey. 2017 saw Warren Barguil join the list of one-time winners.