On Tuesday 3 May begins with the 1st Cycling Tour of Andalusia Women, a decisive month of May for the interests of our club. The UCI Río Miera-Cantabria Sport team will try to achieve good results and play a great role in showing that on its own merits it can opt to be one of the invited teams in the next women’s Vuelta a España to be held in September.

Seven days of elite UCI competition, two days of junior UCI competition for the Río Miera-Meruelo-Cantabria Deporte, two events of the Spanish Cup in Almería and Murcia,… In short, our “super May” has arrived. 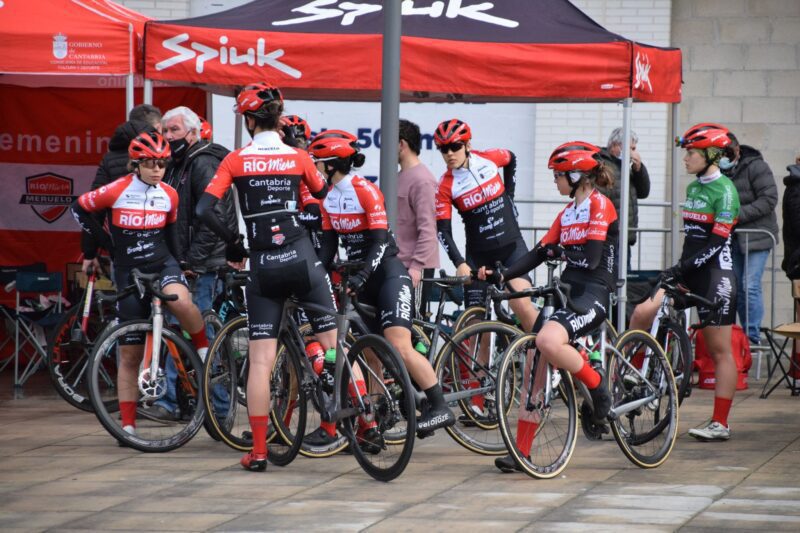 The Vuelta Ciclista a Andalucía Women, which is divided into three stages, is the starting point. The first will be this Tuesday with a departure from the Granada town of Salobreña to Arenas with a 105-kilometre route. On Wednesday the second will be held between Malaga and Mijas, having to cover a total of 119 kilometres. Thursday’s session will be the third and final, taking place between the town of Fuengirola in Malaga and Castellar de la Frontera in Cadiz with a demanding 140-kilometre route.

It will only be the prelude to what awaits that weekend with the IV Women’s Eibar City Grand Prix UCI. Two days later, participation in the Emakumeen Women’s Elite Classics will take place in Navarra on the 10th and 11th. On Tuesday the 10th in Irurzun with 137 kilometres on the route meter, and the next day in Pamplona with almost 125 km. On the 14th and 15th the two rounds of the Spanish Cup will arrive in Almería and Murcia.

For the 17th, the long-running Clásica de Durango arrives with 113 kilometres and in which our runners will once again face the best international cyclists.

For President José Luis San Emeterio “May is a logistically very complicated month but one that we face with great enthusiasm and enthusiasm. There will be a time when we are in up to three activities at the same time. The calendar and the level is increasing and we have to show that we are prepared to face these competitions”

Aida Nuño, Sports Director, thinks that “from the beginning of the season we knew that it was a very important month. It is time to take a step forward. We face it with great enthusiasm and, at the same time, with great responsibility. We know that we have to measure up and really fight in these races showing that the project, in its third year in the UCI category, is consolidated”.