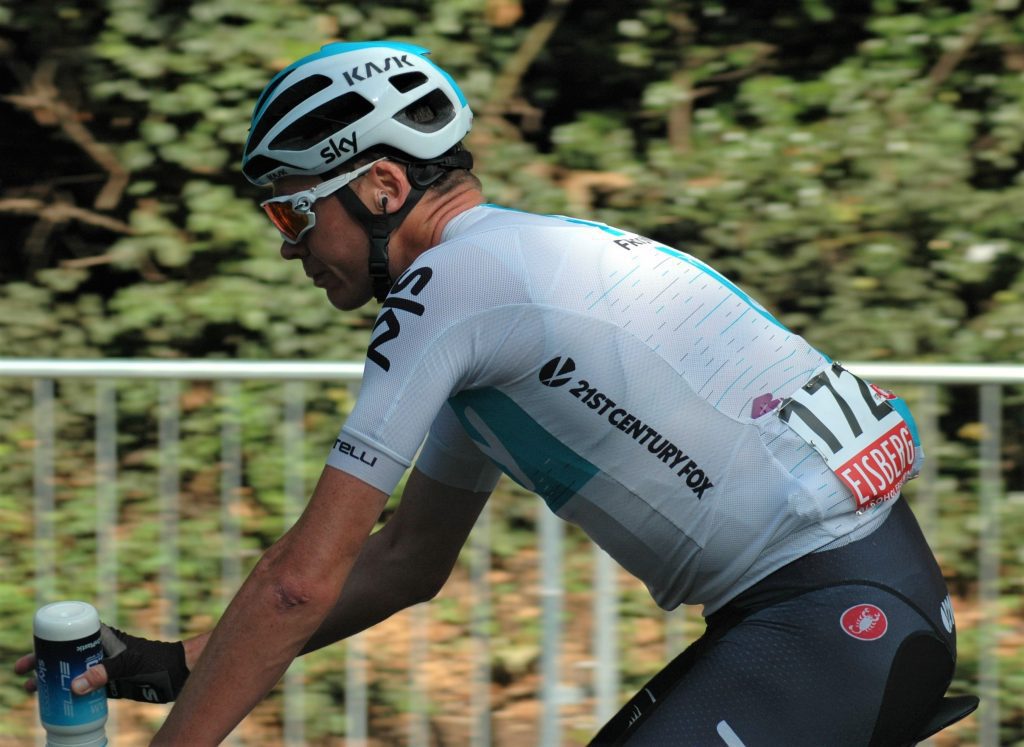 He’s one of the most successful riders in the history of British Cycling but Chris Froome will want to put the last two years behind him. A horrific and clumsy crash in 2019 robbed the Team Sky man of another tilt at the Tour De France and a chance to add to his impressive list of wins across the circuit.

In 2021, Froome is back with a new team and, with reports suggesting he is at around 99% in terms of fitness, he’s ready to challenge at the Grand Tours once again.

Having been largely out of contention in the professional saddle for the last two years, can we really expect Chris Froome to make an effective challenge for the 2021 Tour de France? One person who seems to think he can compete at the top and even claim a fifth title is the Sports Director of Israel Start Up Nation Cherie Pridham.

Speaking to the Bradley Wiggins Show, the director of Froome’s new team simply said ‘why not’ when asked the question.

Froome is something of an unknown quantity at this year’s Tour de France but the Englishman isn’t getting too much support from the cycling sportsbooks. With several weeks left until the event, Tadej Pogacar is a clear favourite for the win with Primoz Roglic close behind. Remco Evenepoel, Geraint Thomas, Egan Bernal and Richard Carapaz follow before we get to Chris Froome as a distant seventh favourite.

The 2021 edition of the Tour de France is set to start on June 26th. After more than three weeks of gruelling competition, the winner will subsequently be crowned in Paris on Sunday July 18th. As the event draws closer, sbo.net will update those market odds to reflect form and fitness ahead of the first exchanges. Offers and promotions will be available from affiliated sportsbooks while readers can also take in news updates and opinion articles to help them make an informed decision.

As we’ve already seen, the Slovenian Tadej Pogacar is the favourite to win the 2021 Tour de France and he will go into the event as the defending champion. Pogacar sauntered along the Champs D’Elysee ahead of his compatriot Primoz Roglic with the Australian Riche Porte in third.

Pogacar’s victory was his first in a Grand Tour and what a way to announce yourself on the world’s stage. Meanwhile, Primoz Roglic may have trailed in behind but there’s a feeling that the second Slovenian may mount more of a challenge in 2021. Winner of the Vuelta a Espana in 2019 and 2020, Rogic has yet to make the step up in the Tour de France but he has won three individual stages in the main event.

Chris Froome clearly faces some stiff competition but where is he in his preparation?

Cherrie Pridham’s interview offered clear and valuable insight into Chris Froome’s struggles to come back from that 2019 crash. The Englishman returned to pro cycling at the end of 2020 but it was clear that he was struggling and some way short of his very best.

Pridham said that the rider was building positively in the background and that reports from the performance team and Froome’s coaches were upbeat. The 99% figure was mentioned as an indication that he was close to completing his rehab programme.

Crucially, the team’s sporting director stated that Chris Froome was taken on with a view to competing at the very top in the upcoming Tour de France. Israel Start-Up Nation are a new force, looking to make their mark on world cycling and, as Cherrie Pridham says, ‘I think we have to believe.’

Chris Froome is looking to leave a positive legacy on the sport of cycling and it should be the case that four Tour de France wins would ensure that. However, following the crash in 2019 he may feel that he still has a point to prove.

At the age of 35 and with competitors looking stronger, time may be running out but, as his new team state, it’s unlikely that they would sign Froome if they thought he was finished.