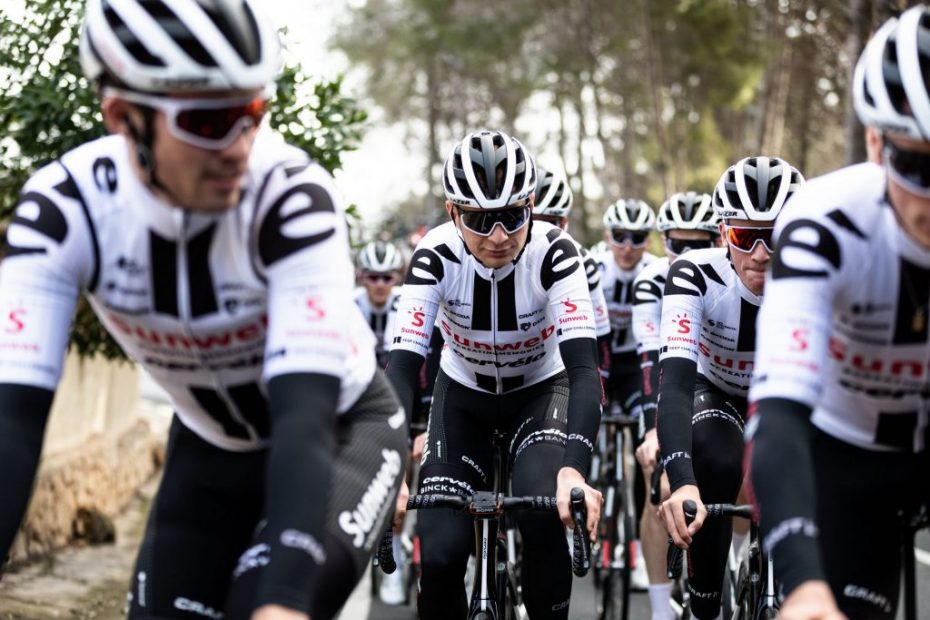 After this morning’s second stage, the peloton were back in action this afternoon for stage three of the Tour de Savoie Mont Blanc. Despite being only 37 kilometres, two very challenging climbs of over ten kilometres in length lay ahead of the riders as they left the start town of Saint Michel de Maurienne.

The pace was incredibly high from the gun and no breakaway was able to establish itself at the head of the race. Instead, it was a stage of attrition with the riders dropping from the peloton. After being in the break in today’s earlier stage, Nils Sinschek was one of those suffering who was dropped. However, some great work from Hannes Wilksch and Leon Heinschke saw Sinschek keep a steady pace and not lose too much time to what was left of the peloton ahead.

On the final climb to the line Sinschek rode maturely and at his own pace, passing several riders who suffered from their earlier efforts, with the Development Team Sunweb rider crossing the line first for the team – just outside the top 20.

“The second stage today was a brutally hard one – it was 37 kilometres in total with 22 kilometres of climbing.”

“On the first climb they started full gas from the bottom and I exploded. I had to ride my own pace again and Leon and Hannes did a good job keeping the pace steady for me. Leon also did a really great job in the downhill and on the first part of the second climb. From that point the last 10 kilometres of uphill was just a TT for me.
A lot of riders struggled because they went too fast on the first climb and I gained a lot of positions on the climb to the line. I still feel I need to get the race feeling back but it is getting better and better every stage. Thanks to the whole team for positioning me and especially Leon for pacing me during a big part of the stage today.”

“It was really hard from the start of the stage and on the first climb we really suffered. Nils was dropped but Leon and Hannes did a good job to pace him before Nils then rode well on the final climb to the line and could gain back some places. Great teamwork from the guys on a tough stage and we hope to show more of that tomorrow.”