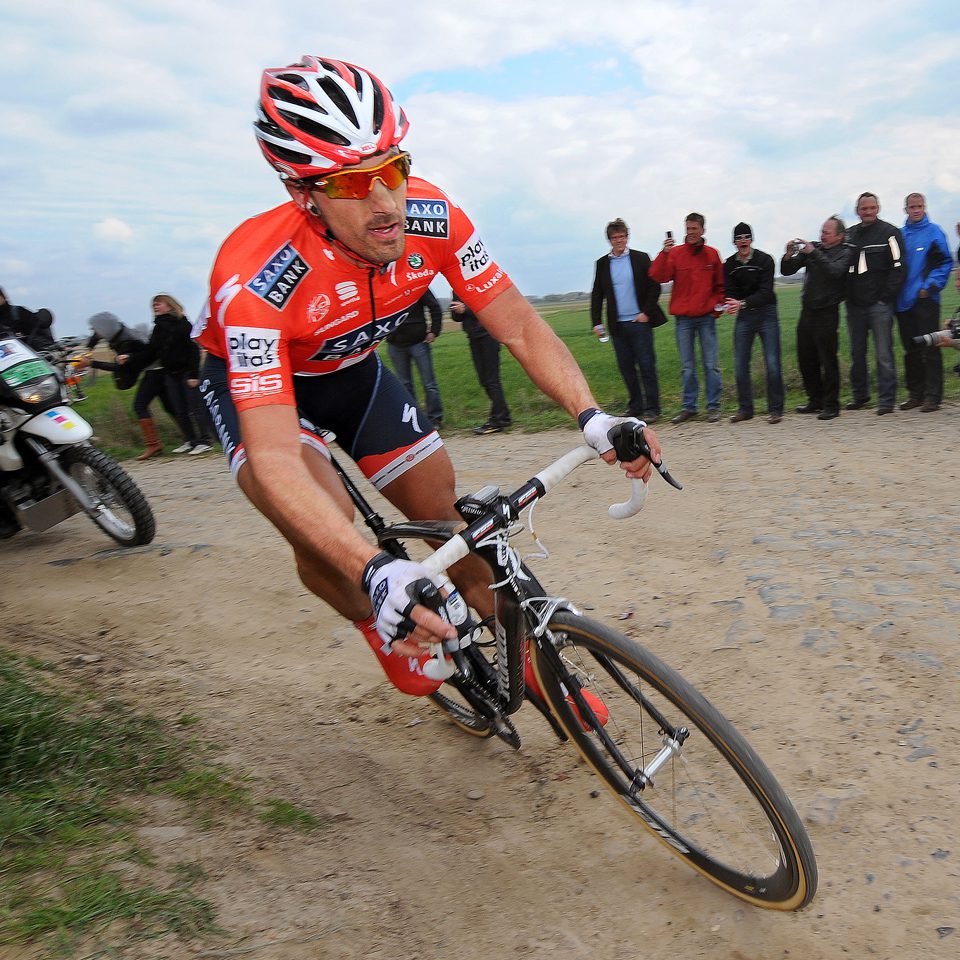 Fabian Cancellara started his pro career at Mapei and carved out a niche as a time triallist to begin with. A couple of early victories in smaller races highlighted his promise.

2002 saw him move to Fassa Bartolo where he adapted into a lead-out rider and continued to win time trials and prologues. In 2004 he finished 4th at Paris Roubaix and a new role as a Classics man was now within reach. He won the prologue at the Tour de France and wore the Yellow Jersey for the
first time.

The peak Cancellara years were between 2010-14. In 14 editions of Paris Roubaix, Tour of Flanders and Milan San Remo he took part in, he finished on the podium 12 times with 5 wins. His battles with Tom Boonen during this time for dominance of the Classics were epic. He also won E3 Harelbeke 3 times during this period too. A time triallist who used that huge engine to beast the cobbles.

I went for this race because of the head to head with Boonen in Cancellara’s first Tour of Flanders win.

With 80km to go, the short but steep climb of the Paterberg allowed a group of 9 leading riders to escape the peloton. This group got pulled back before the brutal Koppenberg though. Cancellara was forced to swap bikes on the Eikenberg after a mechanical.

Boonen and Cancellara then both broke clear on the Molenberg with 40km to go and distanced themselves from everyone else. The pair took a lead of 43 seconds into the famous Kapelmuur.

Cancellara then dropped Boonen and had a lead of 12 seconds at the top. Cancellara used his big-time triallist engine to stay away from Boonen over the final 20km and finish the race with a lead of 1 minute and 15 seconds. Collecting a Swiss flag in the finish straight, Cancellara rolled home slowly basking in his victory.