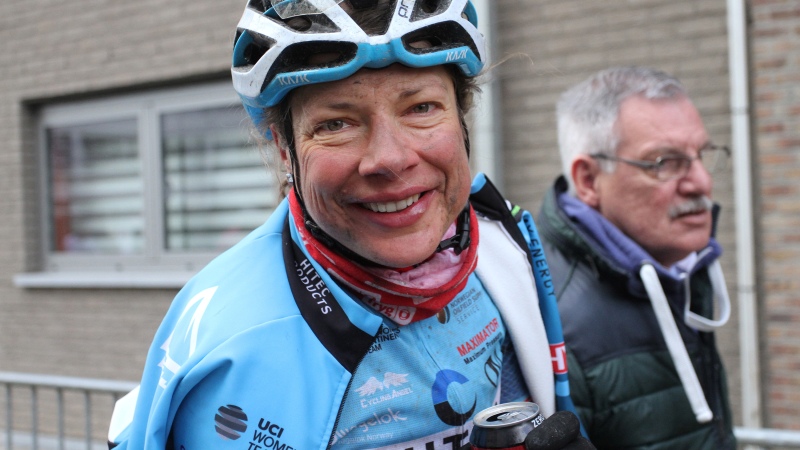 After a successful start of the season at the Dubai Women’s Tour, Team Hitec Products – Birk Sport this weekend raced in Belgium. The Omloop Het Nieuwsblad and Omloop van het Hageland didn’t bring new successes. It did however give some leads for the upcoming races. Vita Heine was the best placed rider of the team on both days.

On Saturday the Omloop Het Nieuwsblad was the traditional start of the classic season. “It was a hectic day as it always is at the first races in Belgium”, Vita looks back after a weekend of racing. “The weather made it also more challenging. I felt strong, but I usually need several races to get used to fighting in the peloton. However, it was a good training for the Tour of Flanders, which is a big goal for me this season.”

Vita tried to attack in the Omloop van het Hageland on Sunday. “But I did not recover well from yesterday. Normally I would even feel better on day two. Due to several illnesses this winter I lost some hard training and I feel these first races more on my body then normally. Again, I can look at this race as a great training before my next race block in April. It was a fast race with aggressive riding and that’s a good training and experience.”

Challenging race
The Omloop van het Hageland was a challenging race for the team. Lucy van der Haar, who hoped to do a good sprint after her win in the Dubai Women’s Tour, crashed two times. Greta Richioud also crashed, but even though managed to stay in the first group for a long time. Both Ingrid Lorvik and Amalie Lutro had a mechanical problem. With all of that it wasn’t the luckiest race for Team Hitec Products – Birk Sport.

Next Tuesday there is a new chance. Then the team will race Le Samyn des Dames.