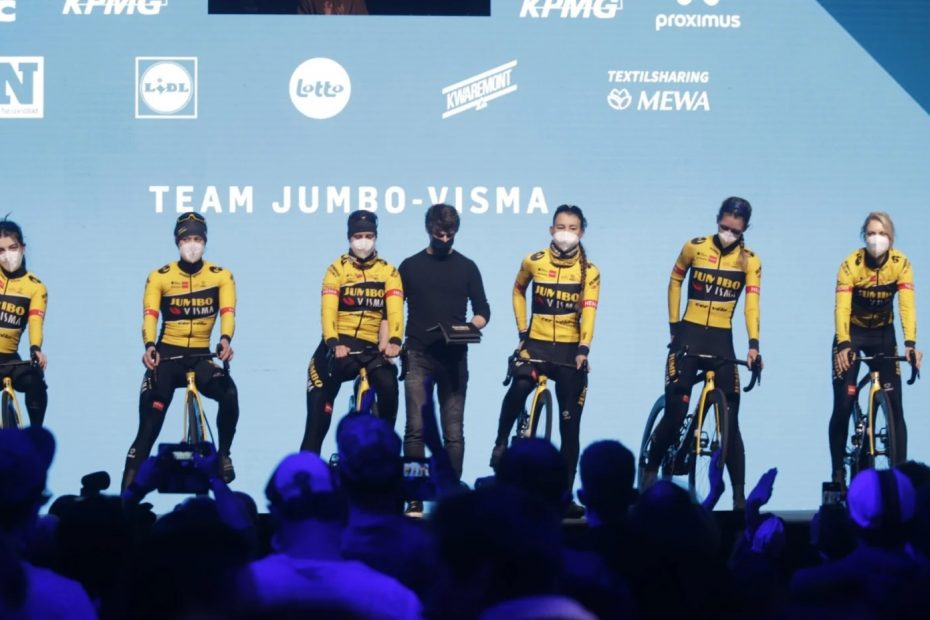 The breakaway group, which created a four-minute maximum lead, was caught with 40 kilometres to go. During the Leberg climb, Anna Henderson escaped from the peloton with two other riders. On the Muur van Geraardsbergen, at 16 kilometres from the finish, the race broke open and a leading group of ten riders formed, in which the British rider was still well in front. After the Bosberg, Annemiek Van Vleuten and Demi Vollering jumped away and Van Vleuten went on to win the race in the sprint. Henderson finished in seventh place among the chasing peloton.

She was satisfied with her result. “The plan was to stay in the peloton. However, I saw an opportunity to escape with some strong riders and I grabbed it. I did that with the idea of getting in front before the Wall came. That worked out well, so I ended up in a good group even after the Wall. Nobody really wanted to ride and the peloton caught up with us. Luckily I had Anouska and Karlijn who could help me during the hectic sprint. I think we got the best possible result today.”