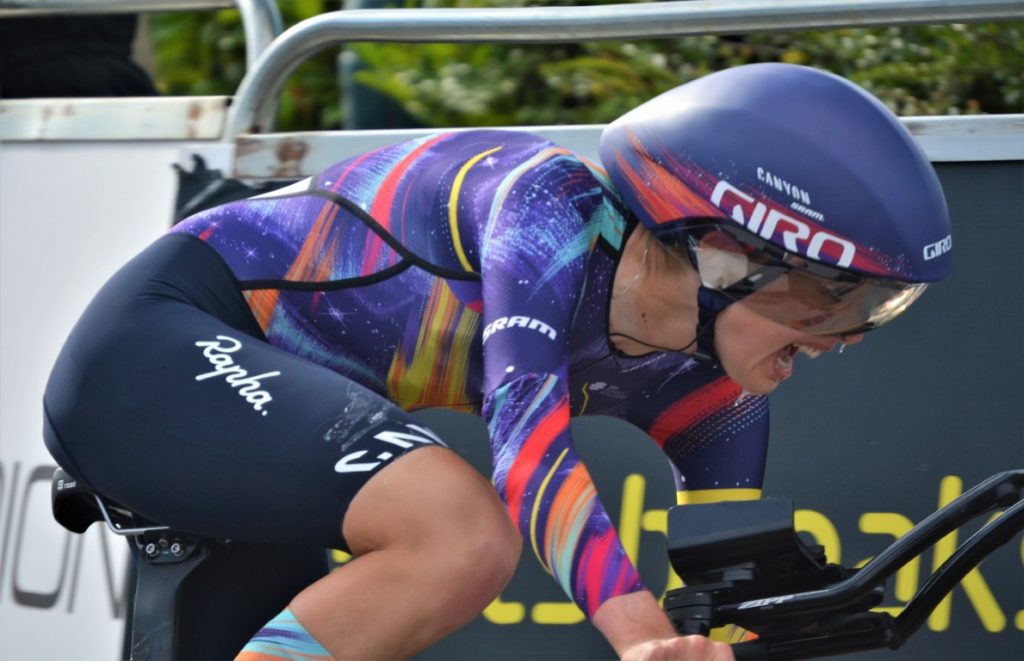 Ella Harris has agreed to join British team Le Col-Wahoo for 2 years after 4 years on the Canyon SRAM team. The former Zwift Academy winner has been a consistent performer in that time, winning a stage of the Herald Sun Tour and the NZ U23 TT championships in her time as a pro so far. It certainly hasn’t been clear sailing for the New Zealander with a series of serious injuries threatening to derail her career. In 2020, she started off with that pair of wins and had to put that good form on hold because of the Covid pandemic. When WWT racing resumed, Harris broke her leg and injured her hip whilst doing a recon of the course the day before Strade Bianche. Even the year before, Harris suffered 2 collarbone breaks, then at the start of 2021, she injured her pelvis. Just to round things off, she injured the same hip again at De Panne in this year’s race.

So no stranger to having to work hard to get back onto the bike, her results on paper aren’t always a fair reflection of her talent as she’s not had a clean injury-free season since 2018 now. At her best, she’s a strong all-rounder who can climb well. A rider in the style of Veronica Ewers or Sarah Gigante that will always do well in the Spanish one-day races in May given a chance. If Ella can remain injury-free in 2023, then she will prove to be very useful for Le Col-Wahoo who don’t quite have a rider of her style on their roster.

“I’ve basically admired the team since the start of the year, I see it as a forward-thinking, well structured and also ambitious setup. I really like the fact that Tom and the team seem to have greater aspirations and bigger objectives for the future, so I feel really motivated to hopefully be a part of that and grow as a rider as the team grows.

I’d really like to find myself as a rider again and use the fresh environment and the extra motivation that will come with that to seek more opportunities in races. I’m looking forward to continuing to develop as a rider at a team where they’re equally ambitious, and hopefully I’ll be able to be unleashed in races and try my chances.”