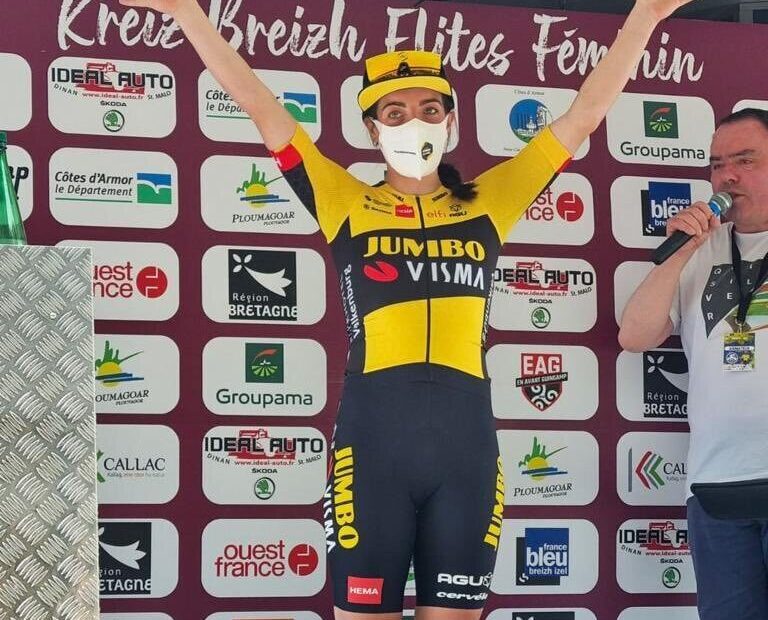 For the last couple of years, Kreizh Breizh Elites (KBE) has run as a two-day stage race. The race is based in Brittany and gives riders a tough test of the region’s hills and rolling roads. The 2021 edition saw Anna Henderson take the overall victory after winning both stages. A break on the first stage saw Henderson and Koster from Jumbo Visma face-off against Mackaij and Georgi from Team DSM. Koster positioned Henderson in the best possible place for the sprint victory. Koster repeated her efforts the following day, where despite Floortje Mackaij’s best efforts, Henderson won again. Brits have often done well at Kreiz Breizh Elites, Anna Henderson was 2nd in 2019 and Dani Christmas won the race in 2019.

With the Tour de France Femmes taking place once again at the end of July, the Kreizh Breizh Elites has decided to move their race to avoid a clash. A stage has been sacrificed as the race upgrades from a 2.2 race to a 1.1 race and the race will now take place in August. It will be a warm-up race for the Women’s WorldTour GP Lorient Agglomeration – Ceratizit Trophy (aka GP de Plouay). The closeness to that race, also in Brittany, will help provide a high-quality start list for Kreiz Breizh Elites. Riders will be encouraged to race KBE and then ‘stay on’ to race at Plouay.

The 2022 race will be between Callac and Guingamp. The first stage of recent years has started in Callac but Guingamp will be a new finishing town. It’s based in the same area as previous finishing towns like Pontrieux and Belle-Isle-en-Terre so the parcours should remain very similar.