Laura and Lucía Ruiz at the Nations Cup in the Netherlands

Laura and Lucía Ruiz are part of the Spanish junior team that will compete in the EPZ Omloop Van Borsella on Friday in the Netherlands, the third round of the UCI junior women’s Nations Cup that will also be the first round of stages of the contest this year.

The Dutch test, which will take place around the town of Borsele, in the province of Zeeland, will propose a competition made up of three stages, which will last until Sunday April 24 and where it is expected that the wind, due to the fact that it is an area very open to the sea, and the most powerful cyclists of the junior world squad play a leading role on completely flat routes. 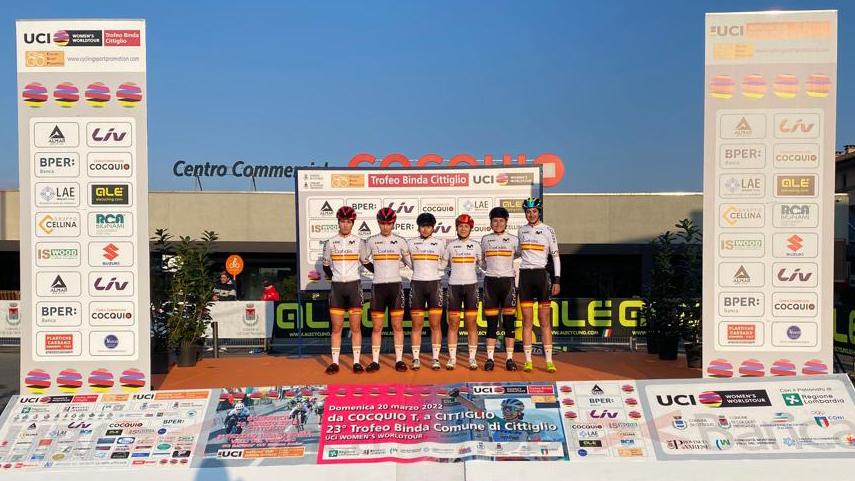 The Spanish National Team arrives in the Netherlands after being one of the most powerful teams in the first two qualifying rounds of the Nations Cup. Lucía Ruíz was third in the Piccolo Trofeo Binda; while in the Gent-Wevelgem, Lucía García achieved a great sixth position. Now the national team wants to maintain this good dynamic and, for this, the coach Gema Pascual has put together a team made up of the runners from the Río Miera -Meruelo-Cantabria Deporte Laura Ruíz, Lucía Ruíz, as well as Lucía García, Laia Bosch and Eneritz Vadillo .

The competition will start on Friday with an individual time trial of 14.2 km, from which the group of runners who will fight for the final general will come out. On Saturday, the peloton of this junior women’s Nations Cup will have to face a flat 72-kilometre course resulting from three laps of a 24-kilometre circuit around Borsele. The final day, Sunday, will include a total of 78 kilometres for rollers, of which the last 20 will be carried out on another 10-kilometre circuit that will be completed twice.

Laura and Lucía go to the appointment with “a lot of desire to do well in a test as demanding as this one that consists of three stages”.