The two Trek-Segafredo leaders have developed a strong bond that will continue through 2022.

Deignan made the most of the condensed 2020 season and achieved great success upon the racing calendar’s restart, winning GP Plouay and La Course by Le Tour de France before soloing to victory in the prestigious Liège-Bastogne-Liège. In between these landmark triumphs, the 31-year-old Brit put up some great performances in the Giro Rosa, scoring two podium placings, a team time trial win, and a notable sixth place in the Road World Championships in Imola.

Her resurgence as one of the best cyclists in the World meant that Deignan, who had initially planned to retire at the end of 2020, decided to prolong her career and her bond with Trek-Segafredo for two additional seasons, underlining a mutual ambition to continue to chase glory at the biggest races of the calendar. 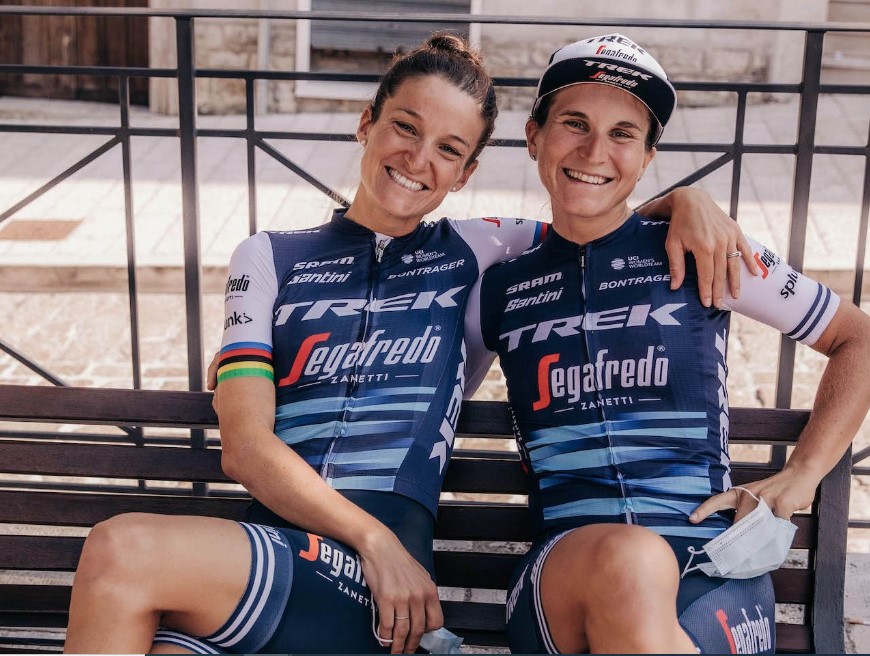 “It was a really easy decision for me to sign with Trek-Segafredo. I found myself to be really happy in the team, very comfortable. Professionally and personally, I think it’s the best place for me to thrive and be the best athlete I can be. I have great teammates, great directors, and great staff. I couldn’t really ask for more. I know I’m very lucky to be in the position to re-sign with the team. I had always envisioned retiring after the 2020 Olympic Games, but I think the fact that I’m enjoying my job so much and experiencing such an enjoyable team environment means that I feel motivated to continue further and not just draw a line on my career next year. I don’t see a reason to stop when everything is going so well,” said Deignan.

Elisa Longo Borghini, who on Saturday soloed to victory in the Italian National Road Championship, also extended her contract with Trek-Segafredo for two years and will represent the colours of our American outfit until 2022.

The 28-year-old Italian has been one of the most consistent and successful cyclists in the truncated 2020 season, winning a stage at the Giro Rosa for the first time in her career on top of the inaugural team time trial, which landed her in the pink leader’s jersey.

In addition to her maiden win in the most significant stage race of the UCI Women’s World Tour, Longo Borghini won the Italian time trial Championships back in August before claiming the coveted Maglia Tricolore in the road race for the second time in her career. To round off a stellar season, Longo Borghini scored five podium placings this year, including silver in the European Championships and bronze in the World Championships at home, in Imola, Italy.

Along the way, Longo Borghini played a crucial supporting role in several of her teammates’ wins underlining the cohesive team spirit that reigns within the Trek-Segafredo ranks.

“I’m happy to have extended my contract with Trek-Segafredo. The team started last year, and I felt immediately that this could be a place where I can do my job in the best way possible. My ambitions next year will be for sure the Olympic Games and the Classics,” said Longo Borghini.