Lucinda Brand put a bow on what had already been a season for the ages, overcoming the elements and fierce competitors to win the 2021 cyclocross World Championships and don the rainbow jersey.

The course in Oostende was a challenge unlike any she had faced this season. Long stretches of sand and wet, slick grass wreaked havoc on the field, but Brand managed to stay upright through five laps. Coming into the last lap, she was locked in a duel with fellow Dutchwoman Annemarie Worst, who fell on an off-camber section to give Brand the definitive gap.

On the home stretch of the race, Brand had room to look back to make sure she was clear of the competition, then pump her fists in the air in celebration.

Brand has been the class of women’s cyclocross throughout the season. Last Sunday, she sewed up a World Cup series victory in Overijse, and has a chance to take the rest of the sport’s major trophies with leads in the Superprestige and X2O Badkamers Trofee series. Saturday’s win in Oostende was her 12th in 24 races this season. She has finished off the podium only once.

After the race, it was clear that Saturday was particularly special even in a season of so many great performances.

“So many years when I was so close, and I finally had such a great season,” Brand said in her post-race interview. “And to finish it off like this is really cool.” 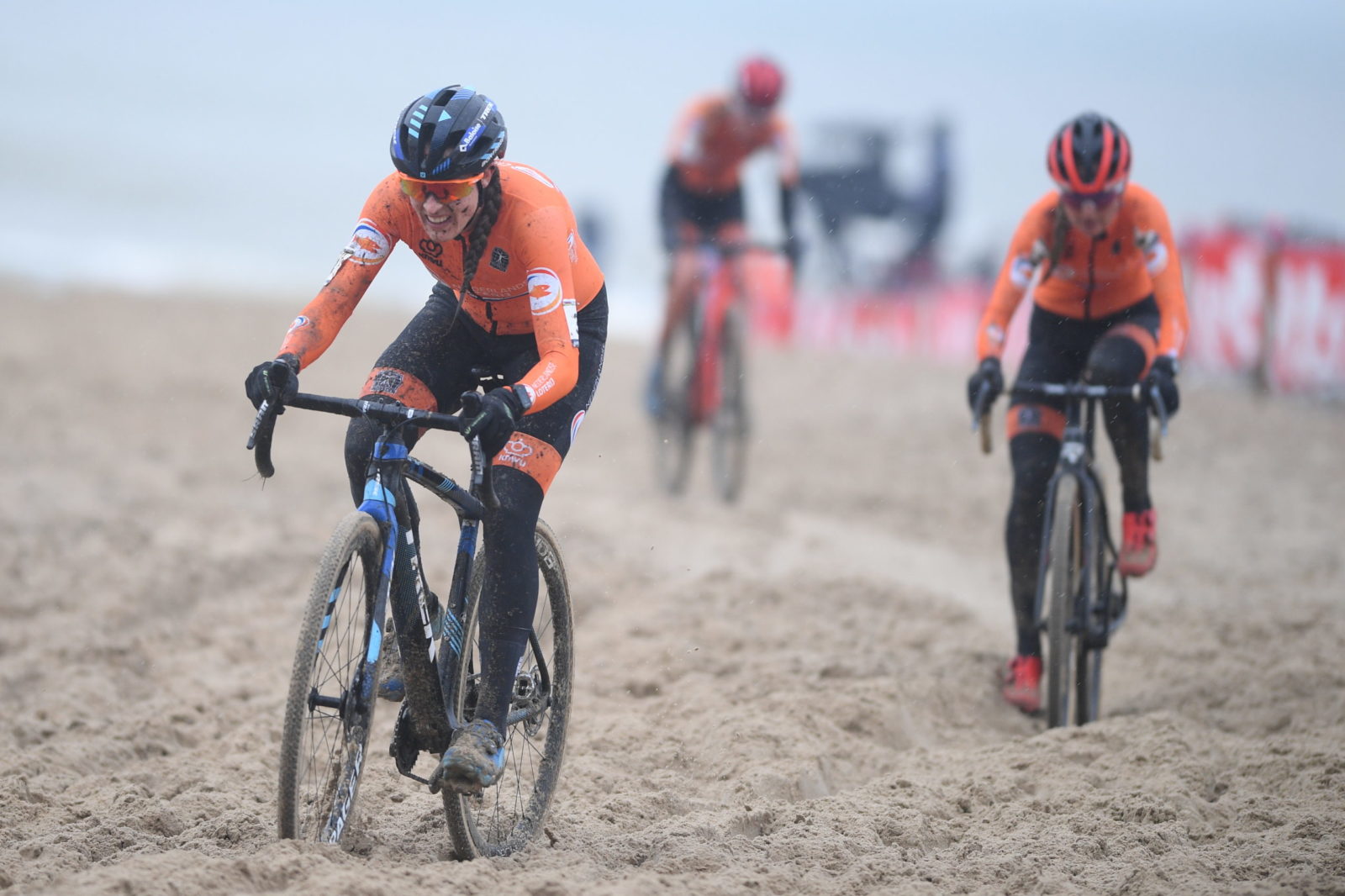 How Lucinda won the rainbow jersey

Brand had to fight for a full 50-plus minutes on a particularly challenging course.

Through the first two laps, she was chasing Denise Betsema, who got out to a characteristically fast start and looked strong early through the sand. Worst came from behind to catch Brand’s wheel, and the two formed a chasing duo that eventually caught Betsema on the third lap as the riders were turning away from the coast onto a pedestrian promenade.

From there, Brand, Worst and Betsema established themselves as the podium, holding a gap of roughly 40 seconds for the rest of the race over chasers like Ceylin del Carmen Alvarado and Clara Honsinger. Alvarado, the defending world champion, fell on the first bend of the first lap and was unable to ride back into contention.

For nearly two laps, each member of the leading trio would try to shake one another off their wheel, to no avail. Brand and Betsema seemed to have a gap on Worst at the start of Lap 4, but Worst was the best rider in the sand and was able to close the gap early in the lap coming off the fast bridge descent onto the beach. 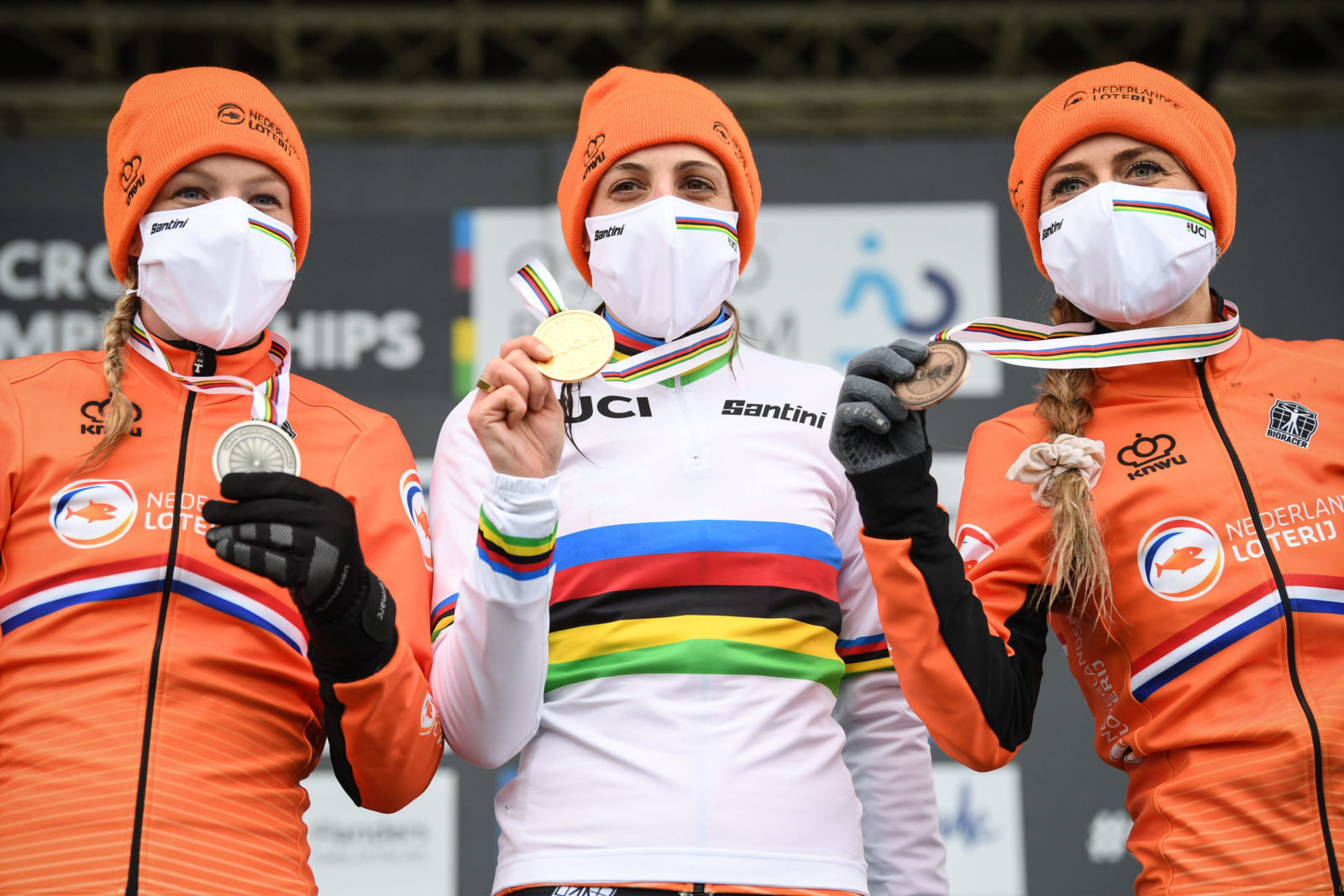 Brand took a new bike in the pit and was forced to chase back on to Worst and Betsema. She was making slow progress until Worst slipped on an off-camber section late in the lap, allowing Brand to pass quickly and take Betsema’s wheel. All three riders went into the final lap in a dead heat, setting up a thrilling dogfight finale.

Brand immediately dialed up the pressure to take the lead, perhaps knowing that she would need to buffer Worst’s prowess in the sand. Sure enough, Worst surged ahead coming off the bridge, but not enough to lose Brand. Together, Worst and Brand rode away from Betsema, who would stay in third position all the way to the finish.

Betsema and Worst traded the lead throughout the technical grass section ahead of the line. As the finish pulled closer, it was unclear who would win, especially between two riders who are so renowned for their power in the case of a sprint. But Worst’s late slip after making contact with Brand sealed the result. Brand would maintain a healthy gap all the way to victory.

And that was that. As she has done all season, Brand maintained her composure against a deep and hungry field and proved once again that in just about any situation, there is no better racer in the world. 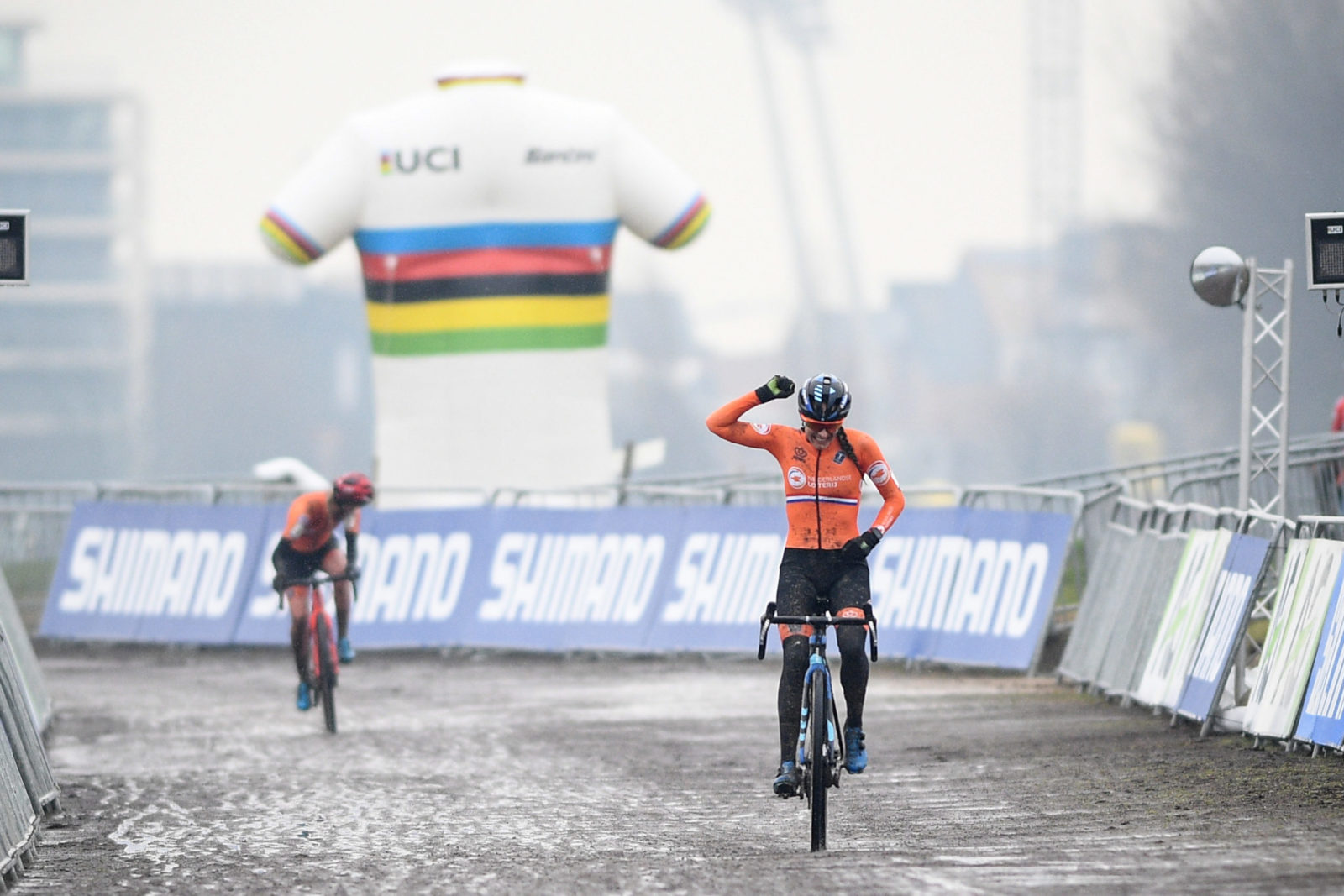