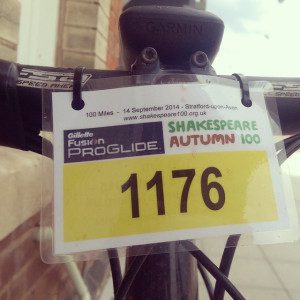 The sportive sector has exploded in popularity in recent years. Largely thanks to Mamils (middle-aged men in lycra) taking up the sport. They were a minority venture around 6-8 years ago. There is now a sportive somewhere in the country on any given weekend throughout the year.

Some areas of the UK, in particular, are becoming heavily saturated with events. The South East and The New Forest are the most publicised regions for mamil sportives. The New Forest has seen anti-cyclist guerilla attacks in 2014 with nails left in the road to induce punctures. Even the Tour de France isn’t immune from this sort of treatment. 30 riders suffered punctures from a minefield of carpet tacks in 2012.

Opponents to the mamil filled sportives claim that these events ruin the ‘tranquility of the area’. As well as riders putting other road users at risk with their hell-bent focus getting a good time. The New Forest, in particular, seems to have reached a saturation point. The events end up as a problem instead of something that happens seamlessly around them.

In fairness to them, they do have a point. In some of the sportives I’ve ridden I’ve seen countless empty gel wrappers on the road, littering the beautiful countryside. I accept that sometimes a jersey pocket is missed or a gel is dropped. Usually when quickly avoiding an unseen pothole, but the quantity sometimes is too much to ignore. It’s an avoidable thing that simply and rightly annoys those who live in the area.

Sportive riders are often a law unto themselves as well. As a club rider, I see lots of weird actions by riders in sportives (like Velo 2019). Clearly they don’t ride in big groups often. A large number seem unaware of the basic hand signalling of potholes for riders behind for instance which is an easy step on the learning curve. It’s definitely a Mamil trait to seemingly ignore everything that is going on around them.

When starting a sportive, I like to be near the front to avoid the sorting out process. It happens as slower riders drop back and faster riders go forwards. This can lead to riders being more than 2 abreast as some slower riders ride two abreast creating a bottleneck.

Admittedly it’s not all bad. These events do serve a purpose, with money raised for various charities that run them. Although this can often be contentious with entry money not necessarily going to the charity you thought. As well as a target for riders just starting out to achieve longer distances. Especially as 100 miles is still a long ride for anyone, even a Mamil! Sportives help riders push themselves and experience some large group riding they may not normally do. As well the social side that individual riders may not experience. The rides give cyclists a chance to ride around a route in a part of the country they may never normally ride. Especially with plenty of events up and down the country now.

There are plenty of obvious upsides to the mass take-up of sportives. It’s clear there is an issue in the balance between participation and fun. It’s blurred by the mamil-esque selfish focus that only your end time and result matters. This seems to cause or exacerbate many of the issues that rile non-cyclists and locals. Once individual mental faculties go out the window. However, putting nails on the road is a stupid retaliation dangerous to everyone on a bike, on a horse or in a car.

A happy medium for the entry-to-all sportive event could be found though . Especially as it already exists already in a stripped back Audax form. Whilst I’m not completely anti, I am aware of their flaws. It doesn’t look like the bad Mamil and everyone else will reach a consensus for a while.