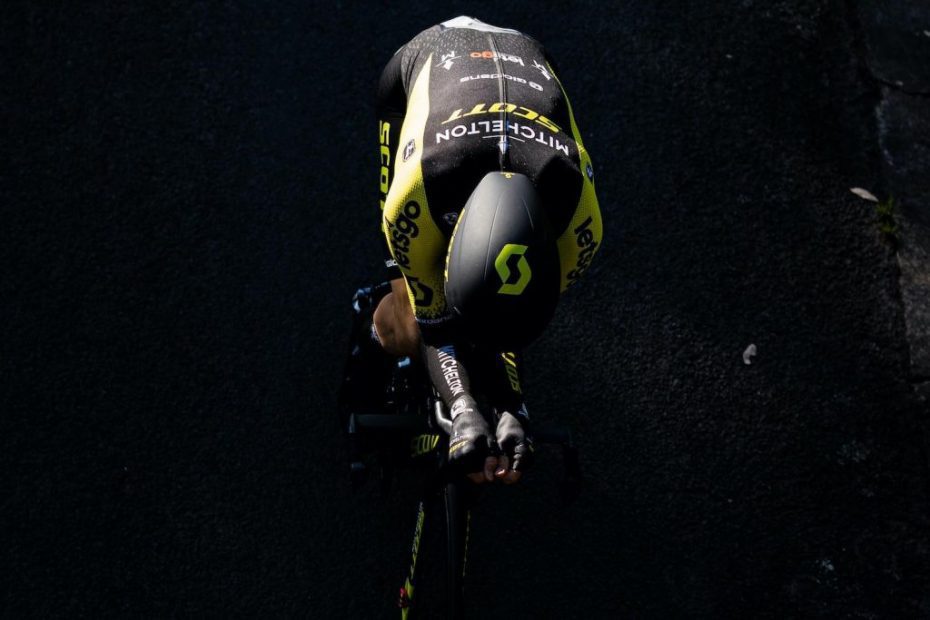 Mitchelton-SCOTT got their title defence off to a perfect start by storming to victory in the opening stage team time trial at the Czech Tour.

The win puts Australian Luke Durbridge top of the general classification, with the national TT champion also pulling on the first yellow jersey of the race in 2019.

Deja Vu
After taking the win on stage one 12 months ago, the team were amongst the favourites as they headed off last down the start ramp for the fast 18.2km course in Unicov.

Uno-X Pro Cycling Team had set the time to beat when Mitchelton-SCOTT got their effort underway, but with a handful of WorldTour teams still to cross the line, that looked set to change.

Team Sunweb then matached the fastest time, but nobody could hold off a charging Mitchelton-SCOTT squad who came home in a time of 19:49 to go 25seconds faster than their closest rivals.

Luke Durbridge:
“It was a fantastic team ride, obviously we were targeting the team time trial to try and get our GC guys the biggest buffer as possible, and we did that.

“It was a super, super fast course, but since the lockdown we haven’t done an effort like this, so it was bloody hard! We did a really, really great job, everyone was super strong, some really big turns from the TT guys and everyone else just did what they needed to do.

“A win is a win, to pull the yellow jersey on for the team is great. It wasn’t the plan for me to get it, it was just everyone go as hard as you can to the line and that’s just the way it was. So a fantastic start, but it’s just the beginning of the tour and we have a few days to try and hold onto the yellow jersey.”

Dave McPartland (Sports Director):
“We came into this stage and the goal was to win, and the boys all rode really well and executed the plan to perfection.

“There’s a lot of bonus seconds up for grabs on the upcoming stages, each day up to 19seconds with three intermediate sprints and then the 10second bonus on the finish, so we needed to finish with a good margin today to set us up for the next few days.”