Mitchelton-SCOTT miss the early and decisive move in II Lombardia 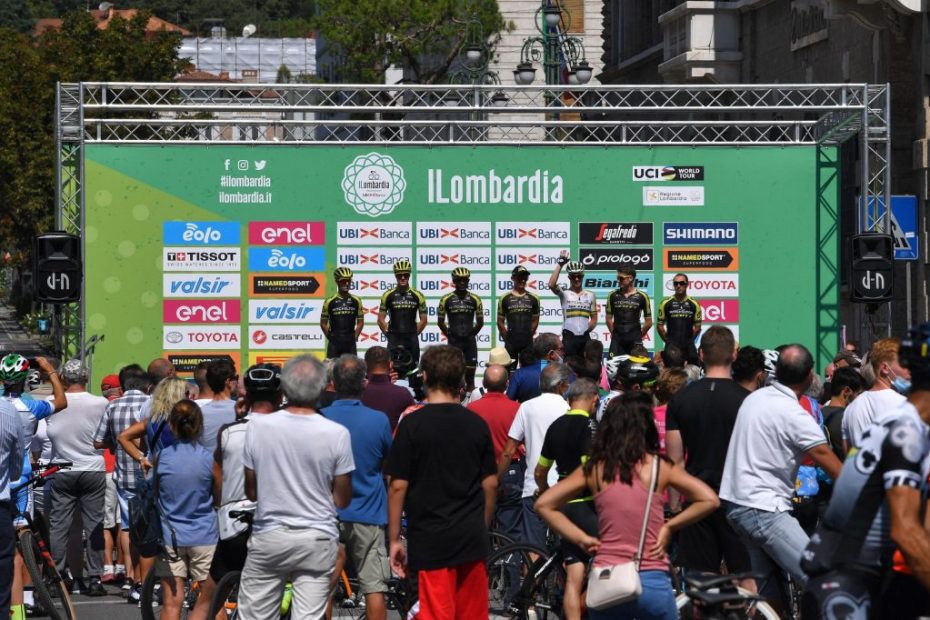 Young Australian Robert Stannard was the highest finisher for Mitchelton-SCOTT today in the second monument of the modified 2020 season, II Lombardia, with 53rd place after the decisive race winning move came much earlier than anticipated with a group going away with 70km to go.

From then on the race remained the same with those not present in the initial front split, missing out on the chance to battle for the race title. After a action packed final 30km, it was Fuglsang (Astana Pro Team) that took the honours with a solo victory into Como.

Eleven start early
The second monument of the season began with a group of 11-riders jumping away from the peloton and forming the day’s early breakaway.

The group managed to establish a lead of up to around four-minutes before Deceuninck-Quickstep and other teams increased the chase and eventually the catch was made with 70km remaining, ahead of the final four testing climbs.

Significant splits
As the riders headed up the Ghisallo, directly after the breakaway catch was made, the pace lifted which caused the peloton to reduce significantly down to around 30riders.Mitchelton-SCOTT weren’t represented in the front split with many riders caught off guard.

On the following climb, the steep Sormano, with sections reaching 25% gradients, the front group fragmented even further, with the front of the race reducing down to just seven-riders.

On the penultimate climb, the Civiglio, the race is lighting up at the front with just three-riders now leading the way.

On the final climb, Fuglsang dropped his competitors and soloed ahead to claim the race victory, while behind riders crossed the line one-by-one with large time gaps.

Robert Stannard
“Today we started the race well, following the plan and conserving energy before the decisive run-in down to the lake.

“We worked well together to put Mikel (Nieve), Callum (Scotson), Michael Albasini and I into a good position for the bottom of Ghisallo. That is where the race really began, and none of us had the legs to follow the front group.

“I think it is really important to do these races and use them as a learning experience. Il Lombardia is one of the most important one day races of the year, and also a race in which I’d like to do well in the future.”