Notable performance of the Cogeas Mettler Look at the Strade Bianche 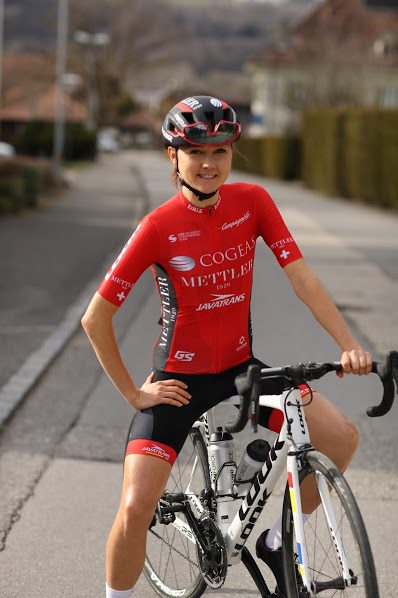 Once again the Cogeas Mettler Look girls have achieved a remarkable performance in one of the historical events of world cycling, we are talking about the prestigious “Strade Bianche” road test, which has taken place over 136 arduous kilometers in the area of the city of Siena in Italy last Saturday, August 1st.

The highlight of the performance of the Cogeas Mettler Look has been the effort of the British Annabel Fisher, who stayed much of the route among the best 15 of the group. Despite her courage, the former English pilot of the Royal Air Force suffered a fall that took her away from any possibility of victory.

In her first year as a professional, Annabel Fisher won the mountains test at the Tour of Dubai earlier this year, and today she achieves a great performance at Strade Bianche. Likewise, the Swiss Lara Kraeheman and Noemi Rüegg (who suffered a fall) both did an excellent job on behalf of their team, gaining experience from this prestigious test.

The Cogeas Mettler Look was directed by the Italian Valentina Scandolara, and represented by the British runner Annabel Fischer, the German Katharina Hechler, and the Swiss Lara Kraeheman and Noemi Rüegg. A total of 22 professional teams took part in the great event that brings together the best of world women’s cycling. The test had as its starting point the town of Sienna, with the Piazza del Campo as its final goal.

Congratulations to our runners for their great effort.