Home » Ragusa close to podium at the Giro Rosa

Ragusa close to podium at the Giro Rosa 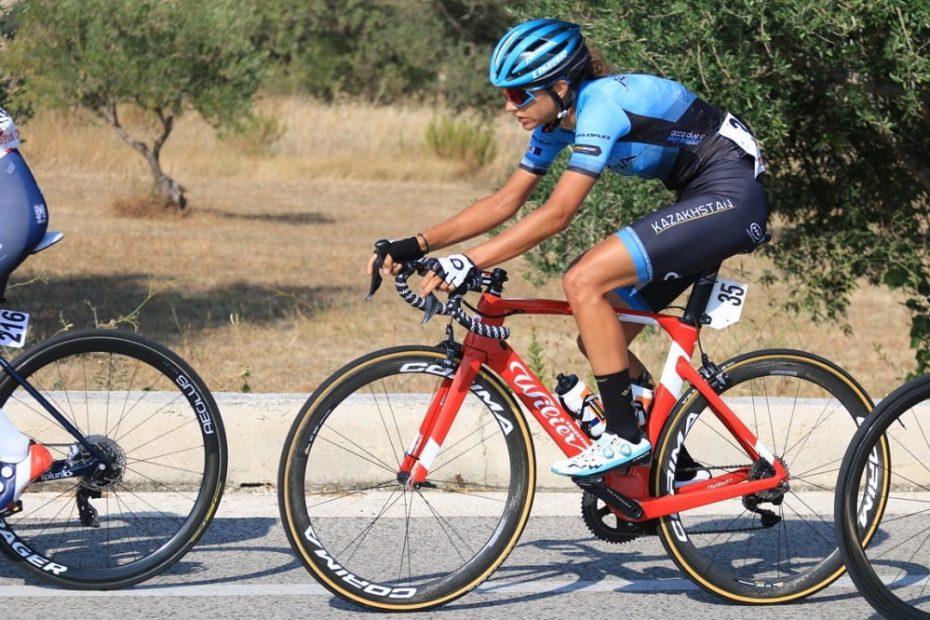 The 31st edition of the Women’s Giro d’Italia did not start in the best way for the Astana Women’s Team that, after crashes and various physical problems, soon found itself with a team of athletes in the race halved compared to the start, but in the final a nice redemption has arrived for the riders of the Italian-Kazakh team. In the sixth stage with arrival in Nola there was the sixth place in the sprint of the Cuban Arlenis Sierra, while the Italian Katia Ragusa stood out with a long breakaway in the eighth stage that ended at the top of the very hard climb of San Marco La Catola. But the best performance came in the ninth and last stage which featured a demanding circuit around Motta Montecorvino for a total of 110 kilometers without a single meter of flat roads.

Right from the first of the four laps of the stage, at the front of the race there was a very large group in which both Katia Ragusa and Arlenis Sierra were present for the Astana Women’s Team. Kilometer after kilometer the leader’s group gained a considerable advantage over the peloton, and with 10 kilometers to go there was the attack of Sierra together with three other riders: the Cuban champion then remained in front together with Sabrina Stultiens, but two were caught by the chasers less than three kilometers from the finish line. At that point, Katia Ragusa came up from behind and fought side by side with the best of the breakaway and went to take a good fourth place in the stage just 3″ behind the winner Muzic with Sierra who then finished ninth at 36″.

Thanks to this good result, Katia Ragusa also managed to climb to fifteenth place in the final general classification: for the 23-year-old from Schio this is the best placement in her career in five participations at the Giro Rosa, also enhanced by the third place in the queen of the mountains classification. «I am very satisfied with the Giro I did – declared Ragusa – because I managed to go well in all the stages, indeed I also improved a bit in the final. The last two days have been really tough, but also very beautiful and satisfying from a sporting point of view. In the last stage at a certain point I thought I could play it and I’m a bit sorry because the podium was there: but I know I gave my all and it’s still my best result at World Tour level, I’m really very happy».