Like the overture at the start of a sweeping opera, the season got going with a great deal of noise at the Santos Women’s Tour Down Under. Chloe Hosking’s victory on stage one represented just the beginning of an unforgettable season on and off the bike.

While the women got the ball rolling in Australia, Rally Cycling’s men were kept busy on both sides of the Atlantic. In South America, the Vuelta a San Juan was followed by a memorable tilt at Tour Colombia 2.1, where the team partnered with Colombian health insurance company Colmédica, bolstering engagement with UnitedHealth Group’s international community. With the local addition to their jerseys, the men enjoyed the spectacular race, despite bad luck knocking down Gavin Mannion’s GC hopes on the last day.

The women’s team went from the sweltering heat down under to the cold and wet of Europe, still very much in winter’s clutches, to prepare for a history-making Spring Classics campaign. First was Omloop Het Nieuwsblad, the first Cobbled Classic on ‘Opening Weekend’, where Hosking won the sprint for eighth behind the early attackers.

Rally Cycling then headed for Strade Bianche in Italy, trading the cobbles of Flanders for the dusty white roads of Tuscany. But by then, the dark spectre of COVID-19 was looming threateningly over the cycling world…

Once the team got word that Strade Bianche was off, there was a mad overnight dash to get the riders onto international flights and home as soon as was humanly possible. Dizzying confusion, fever dream, Hollywood disaster movie, all could be attached to that hectic 24hrs, but it was a success, and everyone got home safe.

Now, like the rest of the world, it was time to reset and find a new way forward.

Nobody in their right mind would choose to live through a global pandemic, but Rally Cycling can be proud of the way everyone adapted and came together while staying apart. From riders to team doctors, mechanics, and logistics staff, everyone chipped in.

Early in the lockdown, Rally Cycling’s Sara Poidevin created a way for people to stay healthy and happy from the safety of their own homes, and the whole team got behind the Healthy Habits Challenge. The hashtag #HealthyHabitsWithPoido swept the globe, helping people eat well, keep in touch with family and friends, and dance away stress, all strategies that will outlast the virus. 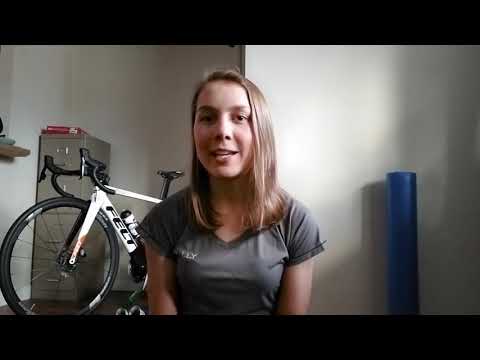 One of the most significant changes to hit early in the pandemic was the postponement of the Tokyo Olympics. Having started 2020 perfectly with team pursuit gold at the World Championships, our track superstars found themselves locked down in Colorado Springs, faced with the reality that their world-beating form would go unused. For Emma White, Lily Williams, and Megan Jastrab, a fair amount of mental gymnastics was required to get their heads around the news, but all have found silver linings in the postponement and look forward to Tokyo 2021.

With no real-world racing over the summer, the professional peloton decamped to the virtual world. Starting with the men’s five-day Digital Swiss, Rally Cycling had a very busy summer program.

The announcement of new equipment partner, Wahoo Fitness, and secret weapon, Holden Comeau, led neatly into a fantastic Virtual Tour de France. The team got off to a great start, holding second on GC after two stages, and then Matteo Dal-Cin’s electrifying stage 3 victory took things to another level. After the Champs-Elysées finale, the men had secured second overall, beaten only by WorldTour outfit NTT Pro Cycling.

As well as virtual racing, the team launched a weekly Zwift social ride, inviting fans to ride with their favorite Rally riders. This was just one more way that the team sought to build community spirit in a time of isolation.

Isolation was hard for everyone, but Rally Cycling definitely made the most of it. We all learned something about ourselves, developed mechanisms for coping with adversity, and rediscovered a love for our sport. 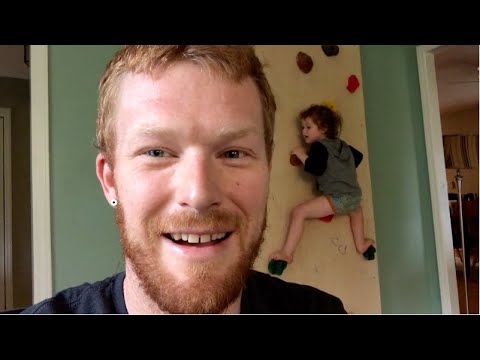 After months of uncertainty, the wheels of the pro peloton finally started turning again in August. Rally Cycling’s European campaign restarted with the Tour de Savoie Mont Blanc in France, where the lineup was strengthened by trainees, Maël Guégan and Jason Tesson, who both enjoyed their opportunity to race in orange.

After three top-10s, and some breakaway fun for Guégan early in the race, Gavin Mannion surged to the top with back-to-back victories on the stage 4 summit finish at Notre-Dame-du-Pré and final day mountain time trial to Mont Revard, his first (and second!) victories on the European stage.

For the men’s Volta a Portugal, Rally Cycling partnered with healthcare company Lusíadas Saúde, another member of the UnitedHealth Group. The brand was featured on the jersey for the duration of ‘La Grandissima’, a race that is commonly referred to as the fourth Grand Tour. Also new to the team was stagiaire Keegan Swirbul who adapted well to the brutal terrain after a difficult start for the team (the climber has since committed to two years in a Rally Cycling jersey).

Rally Cycling’s women returned to Europe for a lengthy campaign that started with La Course, the tough one-day race held by the Tour de France. From Nice, they didn’t have far to travel to get to their next event, the Tour de l’Ardèche. The team enjoyed a beautiful week in Southeast France that included stage wins for Leigh Ann Ganzar and Hosking, the ‘Rush’ intermediate sprint jersey for Emma White, and seventh overall for Poidevin. Second place for Heidi Franz on stage six and Krista Doebel-Hickok’s seventh on stage four’s summit finish proved immense strength in depth for the whole team.

After the Spring Classics campaign was curtailed by coronavirus, fall became an important season for both men’s and women’s squads. GP Isbergues victory for Hosking got the ball rolling nicely, then Nickolas Zukowsky flew the flag for Rally Cycling on the Paris-Camembert podium, picking up the KOM prize after spending all day in the breakaway.

Rally Cycling’s men’s season ended with two epic days out in mid-October. The famously gritty Paris-Tours threw a little bit of everything at the peloton, with wind, rain, mud and gravel. The photos at the finish were suitably dramatic.

Kyle Murphy brought the men’s season to an end at the Spanish climber’s classic, the Prueba Villafranca-Ordiziaka Klasika. The American climber won the sprint for second in the Basque Country, ending the year on a high note.

The women’s season came to a close the following weekend. The Tour of Flanders was the finale to an unprecedented Cobbled Classics campaign (a little prematurely after the cancellation of the first women’s Paris-Roubaix). It was quite some season finale, with Heidi Franz particularly active in the day’s breakaway, having only had her introduction to the cobbles earlier this year.

With racing finally over, the team had one last stop before heading home. The first-ever women’s Paris-Roubaix might have to wait until April 2021, but that didn’t stop Rally Cycling from making a pilgrimage to the fabled Roubaix Velodrome.

And that’s that. 2020 has been a rollercoaster season. From summit victories in Europe to global lockdowns and tedious isolation, this year Rally Cycling has truly seen it all.

Huge thanks to all who supported the team through the pandemic, and who made it possible to return to racing in Europe safely, turning dreams into reality.