It was an impressive 6th for Sammie Stuart at British Nationals after a gutsy solo move to bridge to lone leader didn’t quite come off. Stuart showed great resilience to hold on to a select group for her best result at Nationals to date.

Under torrid conditions on Sunday morning, the peloton rolled out of Castle Douglas for the final race of the 2022 British National Road Championships. Gusty winds and driving rain challenged riders for the entire 128km road race. 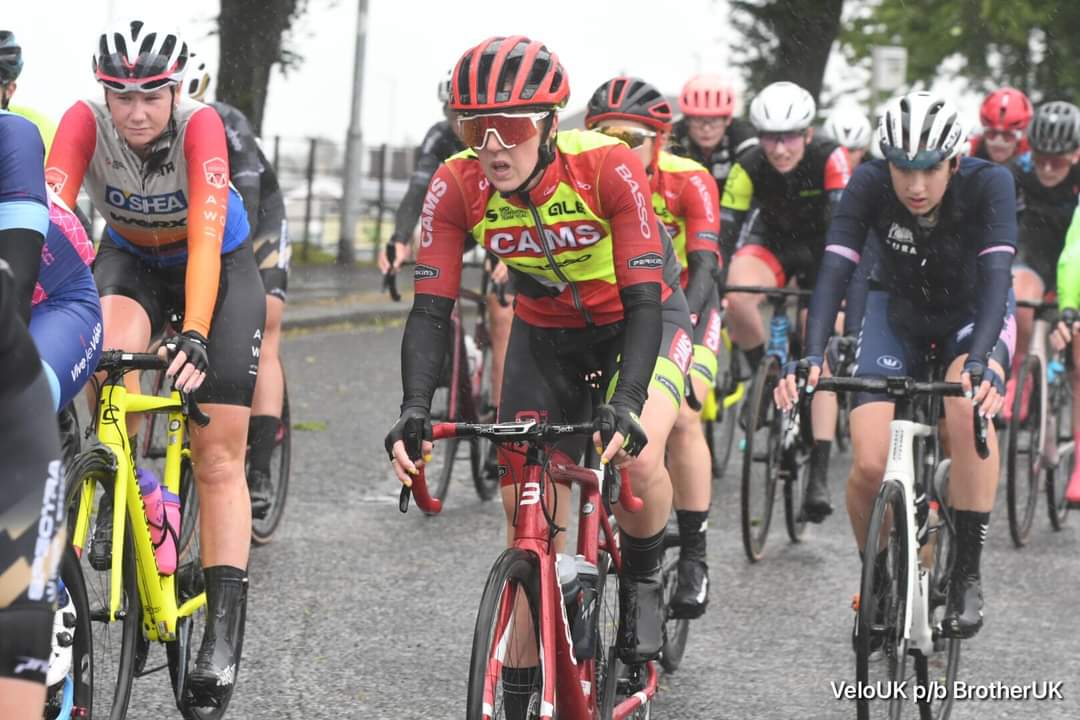 Action began early, but the most significant move came with about 35km remaining when Alice Towers from Le Col Wahoo launched a solo move. There were multiple attacks from the pursuing group and, on the way into Castle Douglas with 2 laps remaining, it was Stuart who actually managed to get away.

There was a lack of cohesion in the chase group behind, with Beth, Danni and Jess, plus a number of Towers’ teammates disrupting. Finally, 2021 National Champion, Pfeiffer Georgi launched a big attack with about 20km remaining, bringing a number of other World Tour riders with her. They had Stuart within sight as they crossed the finish line for the penultimate time. 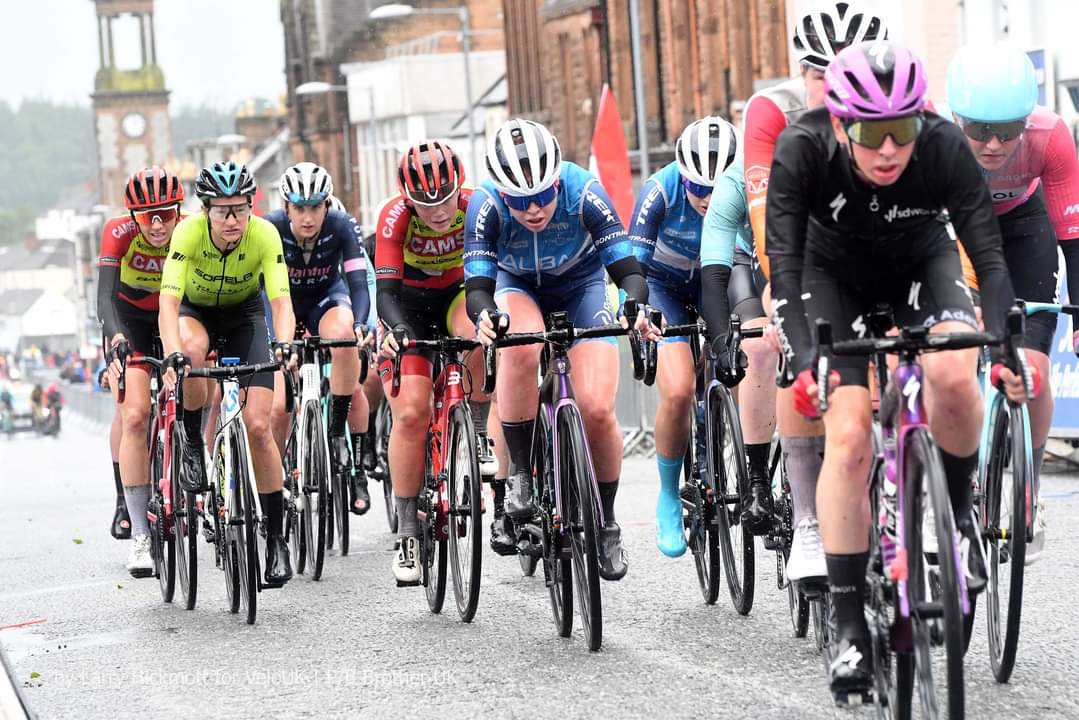 When they caught her, Stuart jumped straight into taking her turns within the small group of five, working to try to close down Towers to no avail. Further attacks from former team rider, Anna Henderson, split the group in the last 5km of the race but the group of five came back together around the final corner in Castle Douglas to compete for the remaining podium positions. Stuart crossed the finish line exhausted but elated in sixth, adding to her 10th place in the National Circuit race on Friday.

A heavily reduced peloton containing Beth, Jess and Danni wasn’t far behind, with Beth finishing 9th in the U23 category. Emma Matthews, who made her Nationals debut, got caught 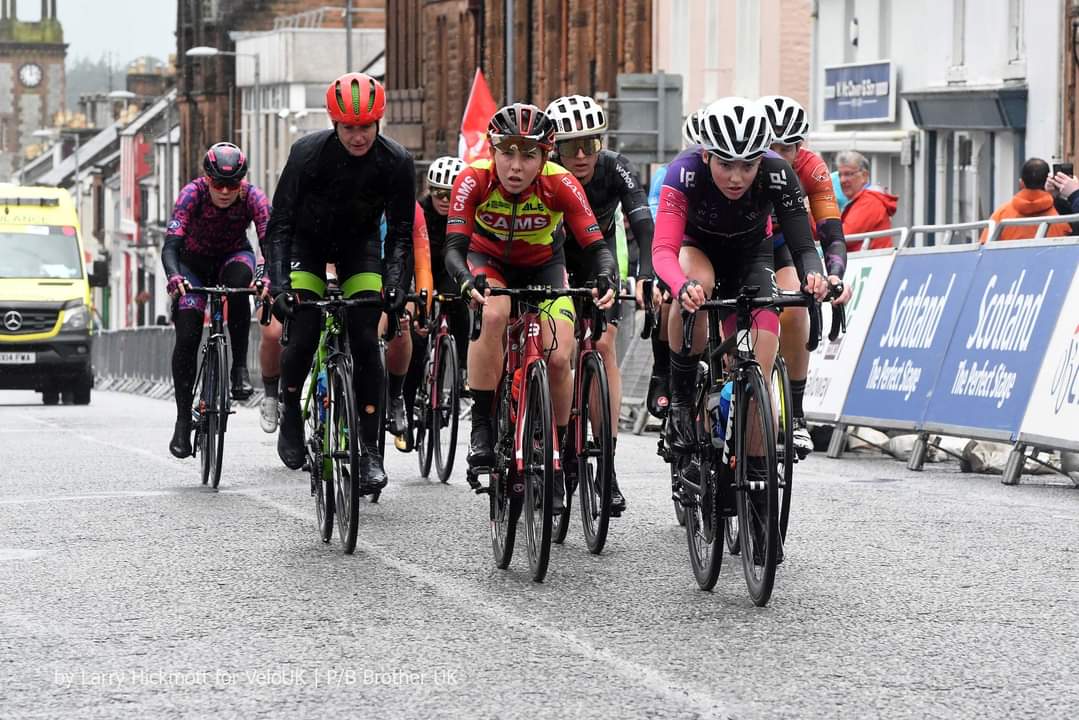 up in a crash towards the middle part of the race, which saw her and a number of riders get detached from the main bunch.

Simon Howes, Team Manager said, “What an epic day! If you managed to even finish the race it was an achievement. With the terrible weather conditions and a route that allowed for positive, attacking racing it was a National Championship to remember.

“To have all our riders visible throughout the race and Sammie fighting for a medal amongst such talented opposition was very special for the team. That said, it’s not only the riders that deserve a mention. Team support staff should also be applauded for their dedication in such conditions.

“Finally, it’s important to give a special thank you to the race organisers, safety crew and television crew. Chapeau to all involved.”

After a few rest days, we begin our campaign at the National Circuit Race Series in Otley this week.