Home » Smith sprints to ninth in messy finale at Milano-Torino

Smith sprints to ninth in messy finale at Milano-Torino 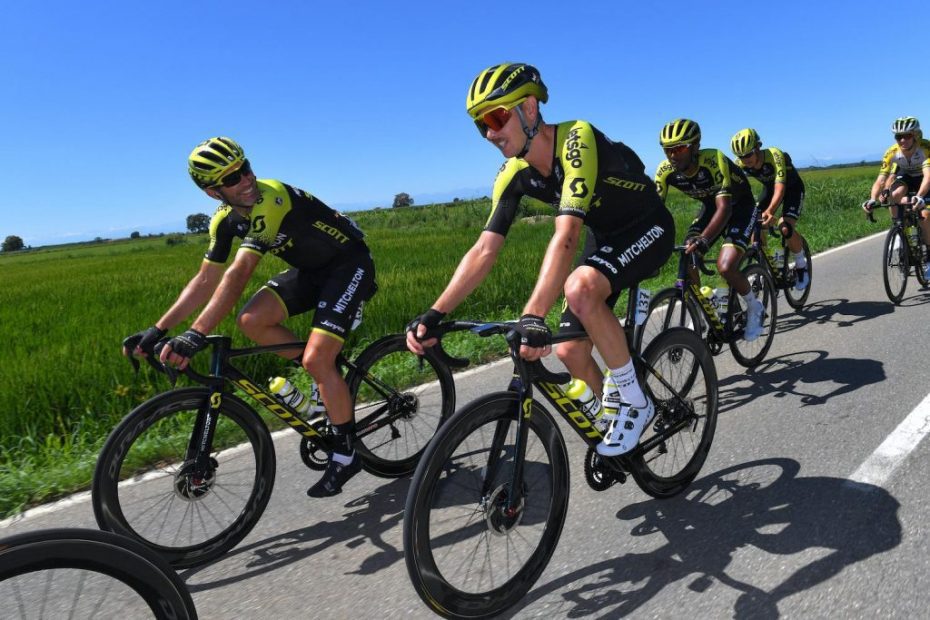 Smith was left to take on the sprint following a crash that split the peloton apart inside the final 10kilometres, salvaging the day for Mitchelton-SCOTT with a solid top-10 finish in his second race back.

Routine Start
Six riders formed a breakaway in the early stages of race, with the sprint teams happy to see a small group go clear. With a largely flat course and a day destined for a sprint finish, the escapees stood little chance of staying away until the finish.

The gap went out to a maximum of 7’10” before the peloton pegged them back to a more manageable 3’20” at the halfway point. The sprint teams then took control and gradually chipped away at the gap for most of the day.

It looked set for a routine sprint finish with just one man left to haul back, but with seven-kilometres to go a crash in the middle of the bunch split the field. Edmondson was caught in melee along with Rob Stannard, and while they were quickly back on their feet, the pair were ruled of the final sprint.

Messy Sprint
Smith managed to avoid the crash and made it into the front split with Italian teammate Alexander Konychev as the sprint focus turned to the New Zealander in the absence of Edmondson.

Several teams battled to gain control of the reduced bunch while Smith and Konychev surfed the wheels behind. As the sprint opened up Smith timed a late run to the line, sneaking into the top-10 behind a host of top sprinters and winner Arnaud Démare (Groupama – FDJ).

Dion Smith:
“Unfortunately, Edmo and Rob crashed and just as we all got together to get ready to put Edmo in position. Alba, Kony and myself managed to avoid it somehow and only Kony and I were able to re-join the front.

“From there we both just surfed behind the lead outs as there wasn’t much else we could do. I just hung back a bit without getting involved in the carnage and just sprinted down the left where there was plenty of space and managed to pass a few guys and snuck a top 10.

“Obviously, the teams ambitions were to get a podium with Edmo so it’s unfortunate, but I’m happy that I could salvage something for the team.”

Gene Bates (Sports Director):
“It was just one of those things, it happens in sprint finishes like that, there’s a bit of nervousness. The traffic island in the middle of the road certainly didn’t help, and ultimately the guys just fell because of that.

“Hats off to Dion and Konychev, they got through the crash and changed the strategy really quickly, they were both supposed to be lead out men for Edmondson, so they really had to change their tack and think about sprinting themselves.”