The UCI Rio Miera-Cantabria Deporte team runner Susana Pérez won the Trofeu Ajuntament de Picassent and continues as the leader in the Mediterranean Cup. Her victory in the Valencian Community was accompanied by a great role from her teammates, three of whom made it to the top seven, including the juniors Lucía and Laura Ruiz. 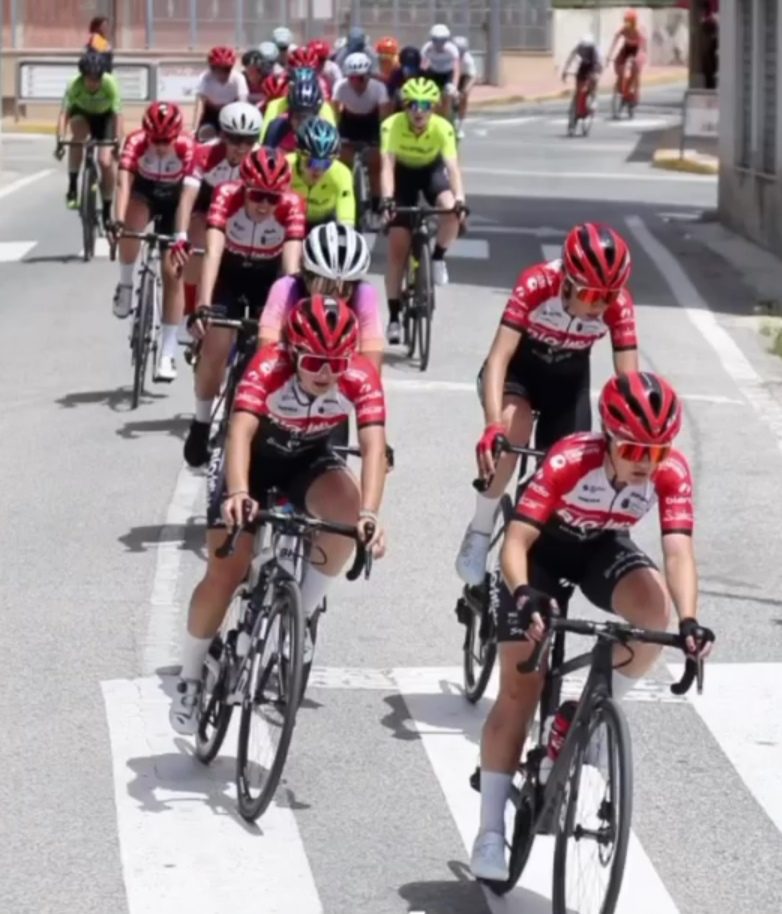 The test consisted of 80 kilometres and was controlled at all times by our runners. In the last part of the route, Susana jumped out of the peloton accompanied by Sofía Rodríguez. The two arrived together at the finish, with Susana Pérez being the fastest in the sprint.

After the two breakaways one minute from the finish line, the main pack entered where Lucía Ruiz caressed the podium and was finally fourth. Her sister Laura de Ella was sixth and Eva Anguela, seventh, thus completing an excellent day for the whole team.

The victory in Picassent strengthens Susana’s leadership in the Mediterranean Cup where she has left brilliant moments such as the victory in the Volta a Gandía.