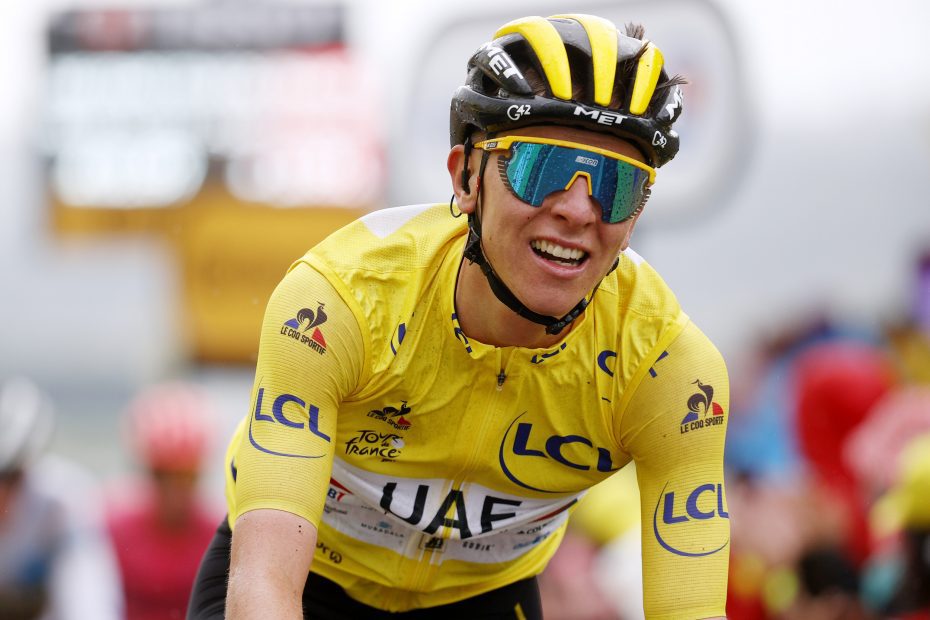 The UAE Tour is a men’s cycling stage race organized in the United Arab Emirates since 2019. This race offers a route around all the Emirates that make up this oil state. The race was born from the merger of the Abu Dhabi Tour with the Dubai Tour. It has been part of the UCI World Tour since its creation. This year, during seven stages, the sprinters and climbers let off steam under a generous sun and on windy roads. Let’s explain everything!

Seven stages were on display in this third edition of the UAE Tour from Sunday 21 to Saturday 27 February 2021. This week-long event featured an individual time trial and two top finishes. With several of the best sprinters in the world entered, the various massive sprints gave an idea of everyone’s state of shape at the start of the season. The Emirates stage race has forged a sporting reputation with a few famous climbs, such as Jebel Hafeet and Jebel Hais. The two passes were once again in the spotlight this year, to the delight of climbers. Here are the main events.

We didn’t expect it but Jonas Vingegaard, the Dane from the Jumbo-Visma team, aroused excitement as the fifth stage of the UAE Tour arrived. He was far from being placed among the favourites and yet he edged out the main leaders at the top of Jebel Jais on Thursday. Tadej Pogacar remains the leader. The 24-year-old Dane (Jumbo-Visma) nevertheless achieved the feat of winning at the top of Jebel Jais ahead of the Slovenian Tadej Pogacar (UAE Team Emirates), the British Adam Yates (Ineos Grenadiers) and the Colombian Sergio Higuita (EF Education-Nippo). He managed to get out of the group of favourites one kilometre from the finish to finally come back two hundred meters from the line on Kazakh Alexey Lutsenko, alone in the lead after being part of the main breakaway of the day.

Only two days after his first victory in this 2021 edition by dominating the massive sprint on the island of Al Marjan, the Irishman Sam Bennett again imposed himself in the sprint during the 6th stage of the UAE Tour, contested this Friday. between Deira Island and Palm Jumeirah (165 km). He was able to impose his speed ahead of the Italian Elia Viviani (Cofidis) and the German Pascal Ackermann (Bora-Hansgrohe). The green jersey of the Tour 2020 thus signed the 51st success of his career. He was perfectly led by his teammates from the Deceuninck-Quick Step team.

The bookmakers ignited this Saturday, February 28! betiton.com offered to bet on its favourite big sportsman. The 2021 session ended on Saturday with the final victory for Tadej Pogacar, who resumed his season there. The UAE Tour ended with the fourth sprint of the week with a very good cast. After Mathieu van der Poel then Sam Bennett twice, it was Caleb Ewan (Lotto-Soudal) who won for the 7th and final stage, Saturday in Abu Dhabi. The Australian beat Sam Bennett and Phil Bauhaus (Bahrain Victorious). In the general classification, Tadej Pogacar (UAE – Team Emirates) won the first stage event of his season. It wasn’t long before the winner of the Tour de France 2020 got off to a strong start this year by winning the UAE Tour 2021. An event in which the Slovenian showed control. Part of the first group after curbs on the first stage, and taking the leader’s jersey after the individual time, he found himself in excellent position after just two days. Then, winner on the first finish at the top, he finished in second place on the other difficult finish of this edition. And the last two stages have allowed him to definitively secure his leadership position.