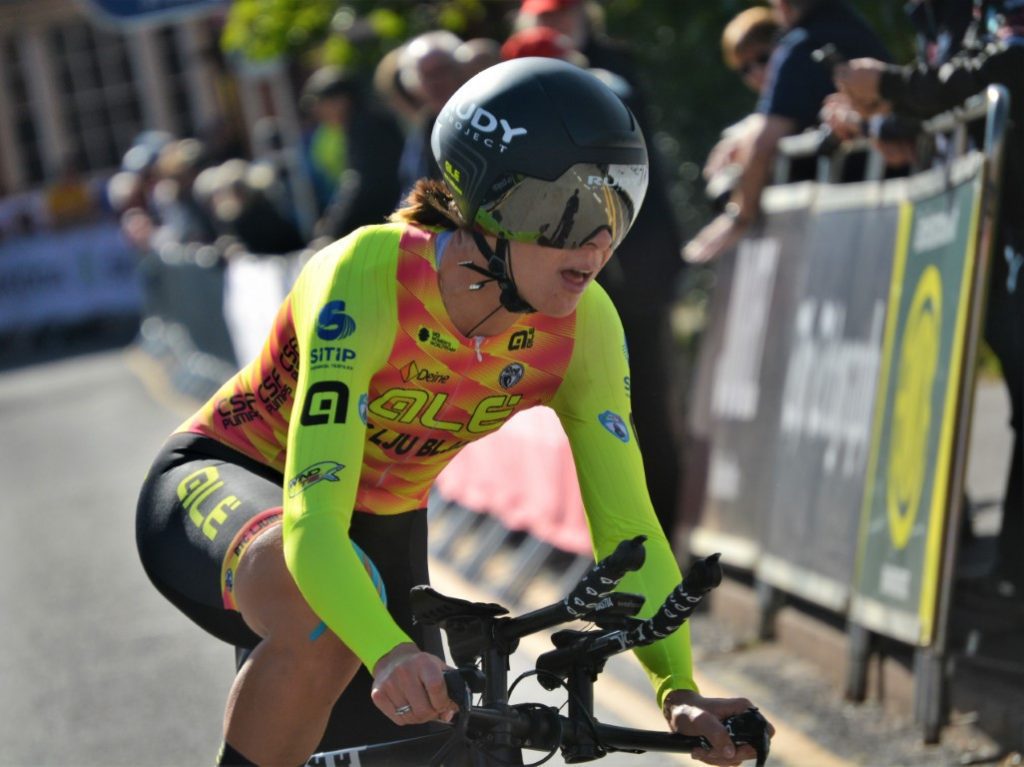 Formerly known as Ale BTC Ljubljana, 2021 saw the team carried by its 3 major stars. Marlen Reusser progressed and became a huge talent in the women’s peloton. We’d seen her get better and better results in 2020 in non-TT races and she really delivered on that in 2021. It wasn’t at the detriment of her TT though, she still took 4 wins there. Her win from the break on the 1st stage of the Ceratizit Challenge set up a GC challenge that only Annemiek van Vleuten could beat.

Mavi Garcia had a strong hilly classics period and then was 2nd in GC at Semana Ciclista Valenciana. Her consistency at the Giro Donne saw her finish 5th there before a strong end to the season. She was 2nd at the Tour de l’Ardeche before taking her first non-nationals victory at the Giro dell’Emilia. 3 days later, Garcia was 2nd again at the Tre Valli Varesine.

On paper, Marta Bastianelli didn’t have a massively successful year by her high standards. She was kinda quiet during the spring classics before winning a stage at the Tour de Suisse in June. After a quiet Giro Donne, Bastianelli won at La Périgord and a Tour de l’Ardeche stage. She finished the year with a win in Banbury during the Women’s Tour for her first WWT win of 2021.

Anastasia Chursina took the team’s other Women’s WorldTour win of the year, winning Stage 2 of the Vuelta a Burgo with a solo break.

Marta Bastianelli will continue to be a big part of the team but it feels like it’s transitioning to becoming Mavi Garcia’s team to lead. We got a glimpse to the level that Garcia can reach in that 2020 Strade Bianche break, I’d love to see her take her first WWT win in 2022. I’m expecting Sofia Bertizzolo to get a bigger role at Team UAE ADQ compared to Liv Racing. She will be a great threat with Bastianelli during the classics and always be in with a chance for a good result on rolling roads. Eugenia Bujak is a similar rider when she gets the opportunities but will be a key part of the classics support team.

As a Brit, I’d love to see Sophie Wright get more chances to show off her talent. I’m almost expecting Alena Ivanchenko to hit the ground running in 2022. She will no doubt be a contender in the time trials but road racing in Turkey is very different and not everyone makes the jump successfully.

Despite the team losing Marlen Reusser to SD Worx, Team UAE ADQ has recruited well. Alena Ivanchenko has the potential to turn into the next Marlen Reusser. She’s the new junior TT World and European champion. There’s plenty of work she can do on her position and become a top-level time triallist in the elite peloton too. Definitely, a rider to watch in 2022 and onwards. Sofia Bertizzolo will give them another option, particularly in hilly one-day races and classics. She will fit in nicely between Garcia and Bastianelli’s skillsets.

Erica Magnaldi and Maria Novolodskaya will be able to give Mavi Garcia some more support on the climbs. Magnaldi might also get some chances in the races Garcia doesn’t enter. She was a surprising 2nd at La Perigord to Bastianelli this year too. Novolodskaya will want to return to the impressive form she showed in nearly winning a Giro Donne stage in 2020. She was just outside the top-10 of a number of spring classics races but the highlight of her 2021 season was the Olympic bronze she won in the Madison.

Linda Zanetti is one of the many young Swiss mountain bike talents out there. She was 9th in the European XCO in 2020, against a host of names that are beginning to tear up cyclocross this season (Onesti, Pieterse, Burquier & Van Empel). Safia Al Sayegh is a bit of a wildcard addition and a nod to the sponsors. She’s still the reigning National RR and TT champion, which was raced 2 years ago in 2019 however.

Bastianelli is there and Sofia Bertizzolo can do a job too but the team feels like it’s missing a true sprinter in its ranks.