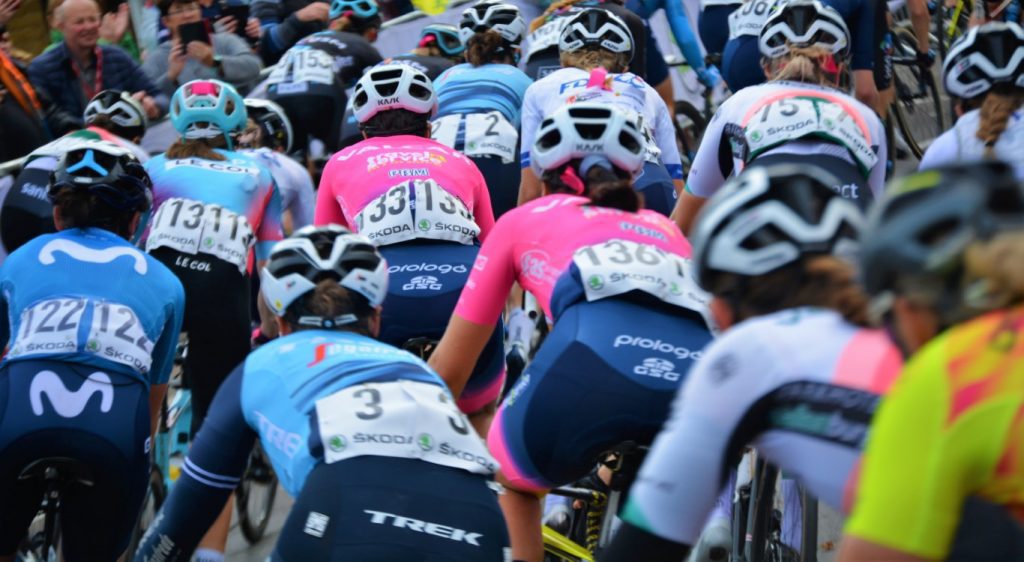 The Women’s WorldTour has grown quickly since its licences became available for teams. Before 2020, every team was known as a UCI Women’s Team. Having that designation meant that a team was able to take part in the UCI races that form all of the highest levels of women’s cycling. There was no distinction between the top and the bottom and teams were selected by organisers, usually biased towards local teams.

From 2020, this changed with 8 teams stepping up to become Women’s WorldTour teams. That meant a rebranding of the UCI Women’s Team moniker to Women’s Continental Team. This naming system began to mirror the men’s system, albeit missing the middle ProTeam level. Team SD Worx hadn’t joined the initial group as their sponsorship was due to run out. With that secured they became the 9th Women’s WorldTour team in 2021. With the rebooted Tour de France Femmes looming on the horizon in 2022, 5 more teams applied to gain the guaranteed entry to the major race. That brought the number of WWT teams to 14 with 15 spots available.

What is a Women’s WorldTour team and why join?

Teams that apply to become a Women’s WorldTour team must abide to a set of rules. The headline one of those was the minimum wage stipulation for riders, which pre-2020 had never been enforced in women’s cycling. The minimum wages have grown on a sliding scale from €15,000 in 2020 to €20,000 the following year. For the current season it’s €27,500 and from 2023 the minimum wage will match that of a male ProTeam rider. Currently, that figure is €32,100.

There are also less eye-catching but still important benefits that say teams must provide health insurance, pension plans and maternity leave. The latter of which we’ve seen actively used by the likes of Lizzie Deignan, Elinor Barker and Abi van Twisk. All of this helps to provide security and a better balance between the sacrifices needed to be a professional women’s cyclist and their personal life.

From the team’s point of view, the guaranteed entry to the world’s biggest races is an important consideration. We saw 5 new teams join the WWT for 2022 and one of the major reasons was because they wanted to ensure that they could take part in the Tour de France Femmes. The 3 best non-WWT teams also get guaranteed invites to races but there is always the potential for one bad year and suddenly your team isn’t doing the same calendar it was before. Being able to put your team out in front of guaranteed live coverage in front of the most fans is what the sponsors are paying for.

Which teams have applied to join the Women’s WorldTour in 2023?

Ceratizit WNT has publicly announced its application to join the Women’s WorldTour in 2023. It’s been a little while coming, with many feeling the team was good enough to join much earlier than it has. It’s not been publicly announced but one source has told me that Le Col-Wahoo also submitted an application to join in 2023. Of note is that AG Insurance-NXTG didn’t submit an application, according to the same source. This was stated as an aim of the team when AG Insurance joined in March 2022.

The final Women’s WorldTour spot will be decided by ‘sporting criterion’. This is simply, the highest-ranked team in the UCI World rankings that submits an application. As of 21st June 2022, that team is Ceratizit WNT.

Le Col-Wahoo needs to work hard to outscore Ceratizit-WNT over the remaining part of the season to take pole position in the fight for the final WWT licence. Possibly a tough ask with Lisa Brennauer now back in action.

What happens after the 2023 season?

The 2024 season is where things will really start to get interesting. We will have our full quota of 15 Women’s WorldTour teams and we will reach the end of the previous licence cycle. That means all the current WWT teams will have to decide to either renew, relinquish or potentially lose their licence due to poor performance.

There are a number of ways the UCI licence commission will judge this. The less exciting ones are administrative, financial, ethical and organisational. These fall under things like whether teams have paid their riders and provided the financial guarantee, whether they have enough coaches hired and whether a team has had doping positives. You expect most teams to be meet these without issues at the moment. We’ve not heard of any 2020 Team Bigla-like stories of a team in trouble for instance.

After that, it falls back to the sporting criterion once more. So the battle to finish in the top-15 of applied teams at the end of 2023 will be key. It will be a repeat of this year’s constant mention of relegation on the men’s side of the sport with teams keen to stay out of the drop zone. Unlike this year’s situation, it will be tough to know exactly how many relegation spots there will be. It could be zero but it could also be as high as 5 if the likes of AG Insurance-NXTG, Cofidis, Le Col-Wahoo, Team Coop-Hitec Products and Valcar all decide to apply for 2024! Things may settle down but there could be a biennial battle coming up for some teams against relegation.

The Women’s WorldTour licences awarded in 2024 will be for 2 years (2023 & 2022 seasons) before another renewal process begins. For this cycle, points awarded in 2023 & 2024 will be combined to produce a final ranking across 2 years to decide the sporting criterion. This will be repeated for the 2 years leading up to 2026. After this, there will be a 3-year period of rankings that takes us up to the 2029 licence decisions.

There is also a UCI spanner in the works that they can use. Section 2.13.042 of the UCI Part II – Road Races regulations says that they can use any of these criteria to reduce or withdraw a licence. So there’s a chance this off-season that they decide the lowest-ranked Women’s WorldTour team, Roland Cogeas, does not meet the standard to be in the WWT.

At the moment they are ranked 33rd, so no less than 19 Continental Teams are ranked higher. With Ceratizit WNT in 12th and Le Col-Wahoo in 16th, it’s clear that their inclusion would strengthen the Women’s WorldTour. If the UCI does decide to create a space for the 2nd team to apply this year, it feels like it will be between Roland Cogeas and Human Powered Health to be removed from the Women’s WorldTour as things stand.

The other spanner in the works the UCI might do is to just decide the more the merrier. Sure all of the regulations say 15 WWT teams now but if the demand is there then why turn teams away. There is always a chance the UCI decide to match the men’s side with 18 WorldTour teams if it’s achievable and enough teams keep applying. This would probably mean removing the 3 non-WWT guaranteed race invite spots in order to not overfill races. This is a purely hypothetical option but not beyond the realms of what the UCI could do.