Home » Tough day out at Strade Bianche for Sunweb

Tough day out at Strade Bianche for Sunweb 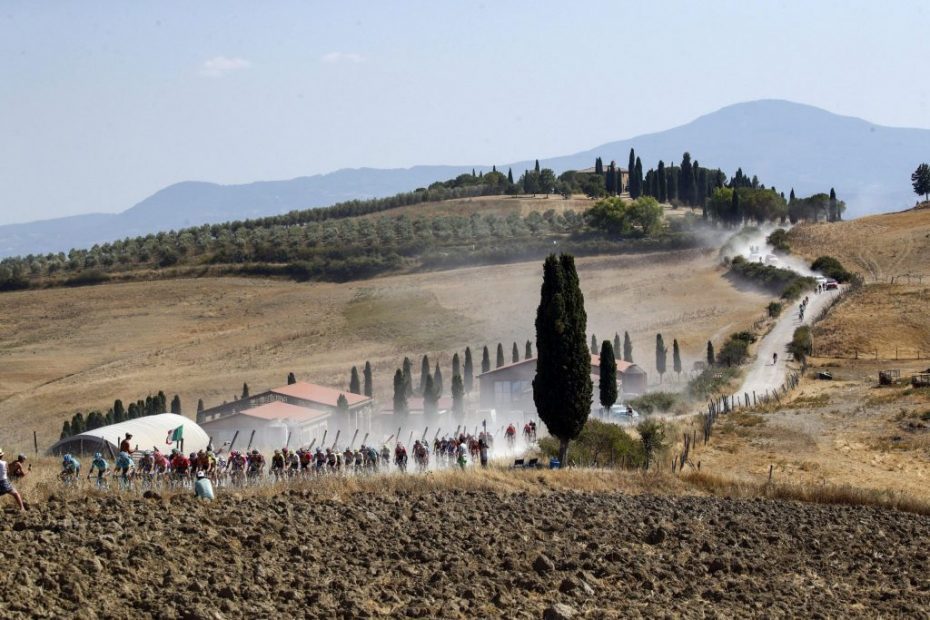 The dusty gravel roads of Tuscany were centre stage as WorldTour level racing returned today at Strade Bianche. With soaring temperatures combined with a tricky, undulating parcours – the day was destined to be a tough day out in the saddle.

An early breakaway of six riders was able to establish itself at the head of the race, building up an advantage of over three minutes but the pace soon picked up in the peloton and with 80 kilometres to go in the day the race was back together. The infernal pace continued as bad luck hit the team, and a lot of the peloton, over the many gravel sectors as mechanicals saw former winner Tiesj Benoot and Søren Kragh Andersen dropped from the race, alongside others.

Nicholas Roche forged on valiantly at the front for the team but the fast pace and action soon took its toll on the Irishman as he was dropped from the now very diminished peloton that raced towards the finish in Siena.

Benoot talked through the race: “I was feeling a lot better in the heat than I expected today – I felt good. We knew that section five of gravel was going to be the real start of the race. The guys did a really good job to position me in second wheel going onto that section; and Nicholas, Søren and Marc were still all up there with me. Astana went to the front of the bunch on that section and drilled the pace which strung things out. But at roughly three kilometres into the section I had a puncture. I managed to change bikes with Nikias but by that point I had already lost a lot of time because of how stretched out the race was. Being on the gravel at the back was one of the craziest things I’ve seen and it was really difficult to get back to the front of the race – there was no way I was able to come back at that point. It’s a pity that we had bad luck as we all felt good going into the race and believed we could get a good result, but we are all even more motivated for next weekend at Milano-Sanremo now.”

Team Sunweb coach Marc Reef added: “We had a good plan and were well prepared, the guys were excited to get back to racing after a good team camp. It was a difficult race today with the warm weather and tricky sections. The guys rode well and we were well positioned into the gravel sections but we had a lot of misfortune.  Nicholas was still in the front group at the halfway mark but he ran out of gas not long after that. Unfortunately we couldn’t show what we were capable of today but this gives us even more motivation for next week and our next race.”