Home » Trek-Segafredo to feature in ‘The Run Up’

Trek-Segafredo to feature in ‘The Run Up’

This season there’s a new way to keep up with the best women cyclists in the world.

Introducing The Run Up, a new web series that will take you inside some of the WorldTour’s best teams in the days leading up to cycling’s biggest races. Filmed, edited, and launched in the days immediately before a race, The Run Up seeks to grow awareness and interest in women’s pro cycling.

The series will premiere Saturday, April 24, one day before Liège-Bastogne-Liège. Visit with riders and staff from Team SD Worx, Trek-Segafredo, and CANYON//SRAM Racing as they prepare for one of the most fearsome and storied one-day races in cycling. All three teams are opening their doors, providing behind-the-scenes access to riders, and working together to highlight this historic race.

The Run Up will be narrated by journalist and commentator José Been, who will take viewers into the exciting days before the race. “I started following women’s cycling about ten years ago”, says Jose. “Back then we hardly had any tv coverage or media coverage. I knew only the most important players. It was hard to really immerse yourself in the sport. My philosophy has always been that if cycling fans get the opportunity to get to know the riders of the women’s peloton better you can’t help but fall in love with the sport. In everything I do my goal has been to showcase the amazing characters of the women’s peloton. The Run-Up does just that. I am so excited to be part of this and tell the stories from within the sport.” 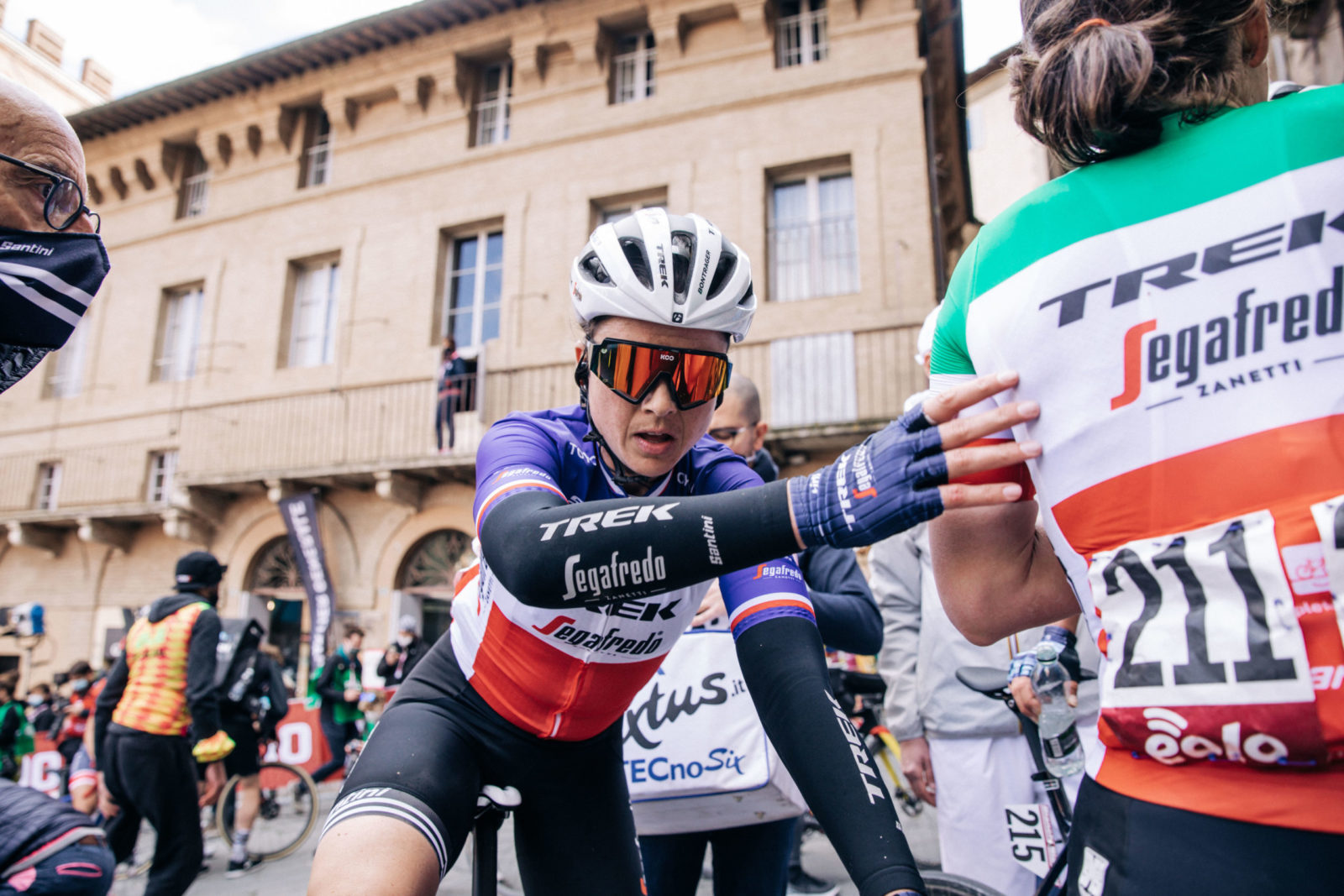 Major teams have joined together to help highlight the anxious moments before the rubber meets the road.

“As a sports fan myself I am always inspired and excited to see the character behind the athlete,” says Trek-Segafredo’s Lizzie Deignan (GBR). “I think it’s a really interesting idea to allow women’s cycling fans behind the scenes to get to know the characters within our sport. There are so many diverse and interesting women in the peloton so I am sure it will be a really intriguing series to watch!“

Tune in on April 24, and catch the action! Video hosted on www.therunupseries.com or right here on the racing page!