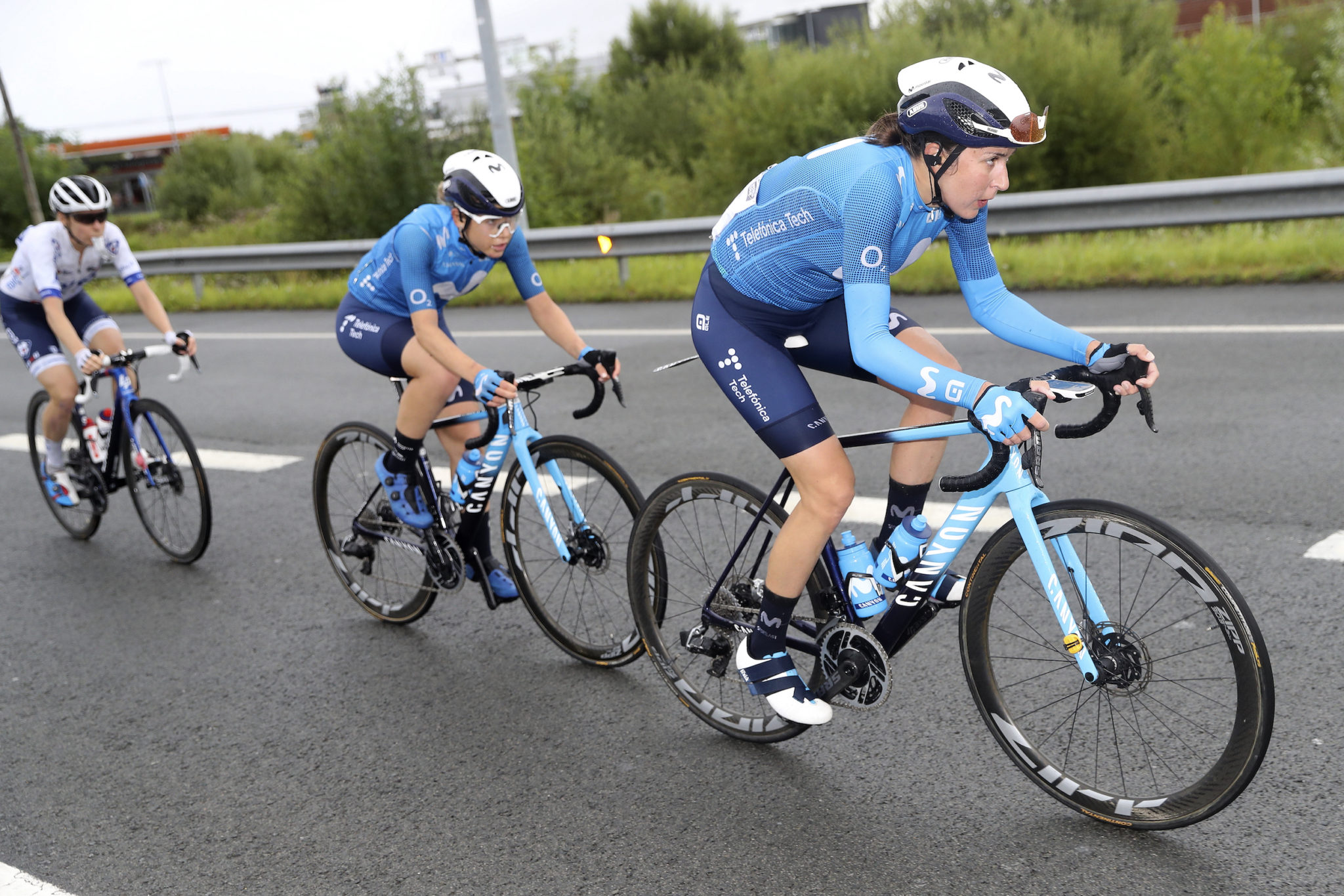 Incontestable success at the Klasikoa

The brand new Olympic time trial champion is exhibited with a ‘house brand’ start in Murgil and responds to the crucial work of her five teammates to achieve the 29th ‘blue’ victory in 2021, sixteenth for women.

Just three days after winning her second medal, and her first Olympic title, in the Tokyo 2020 time trial, Annemiek van Vleuten (Movistar Team) wanted to honour her ‘Spanish family’ this Saturday, the one who has accompanied her to such great success throughout this campaign. And together they achieved a flag triumph in the 2nd San Sebastián Classic (UCI Women’s WorldTour), held in the rain on a demanding 140 km course with four high points.

In the second of them, Jaizkibel, a dangerous group of six runners left before which the telephone squad had to use themselves thoroughly. The work of Gloria Rodríguez, Sara Martín, Alicia González, Lourdes Oyarbide and Jelena Erić was crucial to reduce the almost two-minute margin to a sigh in just twenty kilometers, leaving Martín to Van Vleuten at the foot of Murgil with Cordon Ragot (TFS) in sight. Annemiek overcame the gala and crowned the last climb (-10 km) with 45 ″, enough – despite a small scare on the descent – to add her seventh success of the course, 16th for the women’s Movistar Team and 29th for the Abarca Sports structure in 2021.

Van Vleuten, once again leader of the WorldTour, will now enjoy a few days of rest before facing the last part of a campaign that will remain in her memory forever. Thanks for everything, Miek!

“A team victory, for the Movistar Team, more than just a victory for me. All the colleagues have shown a super professional attitude, and enormous dedication. I am proud to have them by my side. We have managed to keep the group after that escape in Jaizkibel and then we have done things as we should. I was tired, from having had little sleep in recent days and from jet lag in Japan, but with the team sacrificing so much for me, I had to do my best to return that support.

Finally my first ‘txapela’! I stayed several times at the Emakumeen Bira, always 2nd, without winning, and I already wanted to take one home. I love running in the Basque Country. It was a tough day, with the rain making things difficult, it even favoured more cuts … but the girls ran fantastic and it was possible to achieve this great victory for the whole group ”.