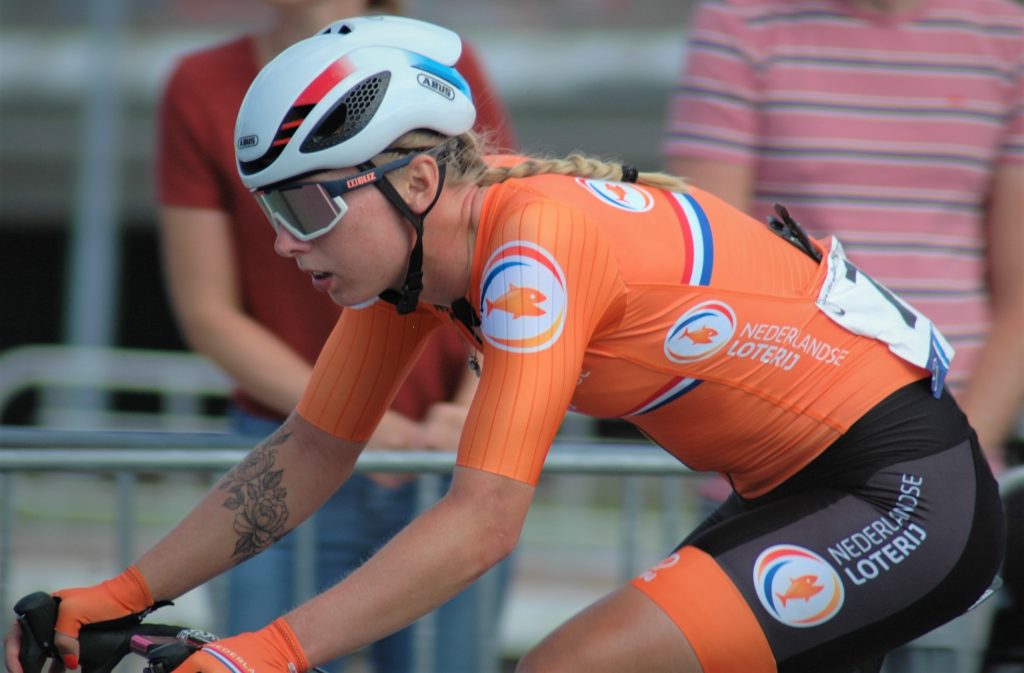 The Grote Prijs Euromat sneaks into the calendar after the excitement in Plouay for the European Championships and GP de Plouay, plus La Course in Paris. It’s the first time this race has been held at the 1.2 level, previously it’s been a smaller domestic level race forming part of the season-long Belgian Lotto Cup. Jessy Druyts of Experza won in 2019 ahead of Arianna Pruisscher of Mexx-Watersley. Riders from the British Isles were well represented with Lauren Creamer in 4th and Emily Meakin in 11th place.

On 31st August, the 2020 race sees riders take on 15 laps of an 8.1km course for a total of 121.5km. Longer than recent Women’s WorldTour races no less! There’s nothing of interest climb wise, so the race should finish in a bunch sprint and there’s one massive favourite in attendance. Previous years have seen the Druyts family take charge with 3 wins in the last 5 years between Jessy and Kelly. Jessy doesn’t appear to be racing this in 2020 but Kelly Druyts returns, 5 years after her win.

Lorena Wiebes seems like she would be the absolute nailed on favourite for this race. She won Omloop van het Hageland in her last race for Parkhotel Valkenberg. In the three races she’s done this side of lockdown, she’s struggled. Admittedly none of them have been on parcours that suit her though. In such a flat race, she should come good again. She’s also got the help of Coryn Rivera too. Another sprinter but surely working for Wiebes here. She’s only done 2 races in 2020, 34th in Omloop het Nieuwsblad wasn’t a good start but she understandably DNF-ed Strade Bianche.

Christina Siggaard has only raced the Danish Championships in 2020. But she’s a good sprinter who won another pan-flat race in the BeNe Ladies Tour in 2019. She’s the best option for Lotto Soudal in the Grote Prijs Euromat. The road team full of top cyclocross racers gets to race for the first time at this level. Ciclismo Mundial has Ceylin del Carmen Alvarado who is the reigning cyclocross world champion. She’s had good results on the road in 2019 with finishes of 13th and 14th at this 1.2 race level. Yara Kastelijn has more of a road race history, previously being on earlier versions of the CCC-Liv team. She had the power to hold off riders like Elena Cecchini and Lucinda Brand whilst finishing 4th in a stage of the Lotto Thüringen Tour last year.

Kathrin Schweinberger won the sprint to become Austrian National Champion recently. Earlier in the season she was hovering around the top-10 at the Dubai Women’s Tour as well. Claire Faber became her own National Champion recently too, winning the Luxembourg U23 race. Her breakout result was earlier in the season with 9th at Le Samyn des Dames. She was effectively 3rd in the main bunch sprint at the end of that race. Brit Anna Shackley will be representing domestic UK team Weston Homes-Torelli-Assure. She’s off to Boels Dolmans next year after strong results like 13th in the Women’s Tour of Scotland last year.

Kelly Druyts is the 2015 winner of this race but she’s not raced in 2020 so far. She finished the 2019 season well though with 4th at GP de Fourmies, 5th at Erondegemse Pijl and 7th at the Merxem Classic. She’s a solid bet for the top-10 here. Her team also has Roxane Fournier who sprinted to 12th at Omloop van het Hageland earlier this season. At the end of 2019 she was 3rd in the Madrid Challenge against a packed line-up. With that form she’ll finish on the podium here. Lviv Cycling’s Špela Kern probably is more suited to a tougher finish but still has done well in 2020. Just outside the top-20 in Omloop van het Hageland was followed by 15th at Le Samyn. She just missed out on becoming national champion, finishing 2nd before a strong 11th place finish at Giro dell’Emilia.

Kirstie Van Haaften sprinted to 13th in the Vuelta CV Feminas earlier in 2020, before taking top-10s in the Dubai Women’s Tour for Ciclotel. Valeriya Kononenko is probably going to be the Plan B for that team, she’s been quieter in 2020 after a strong 2019 season. She led out Van Haaften in those early season races and her best result is 11th in the GP Belek. Karlijn Swinkels was 8th in the first stage of the Setmana Ciclista Valenciana early on in 2020. She’s not really had another opportunity for a strong result this year but 14th whilst leading out Lonneke Uneken in the U23 Euros was encouraging.

Catalina Soto Campos turned heads earlier in the season with an encouraging 38th in Omloop het Nieuwsblad that was followed up by 16th in Le Samyn des Dames. Only 19 years old, she’s a rider developing well. Finnish champion
Laura Vainionpää was 8th in the lower-level version of this race in 2019. Her best result of 2020 is 43rd in Omloop van het Hageland, but she has shown she can do well in this race.

Top Girls Fassa Bortolo have Debora Silvestri who scored an excellent 9th place in Giro dell’Emilia recently. It’s tough to ignore that sort of result but that has a very different parcours to this flat race. Brit Anna Kay is racing for Star Casino. She does well racing in Belgium, finishing 9th in last year’s Erondegemse Pijl. She was just behind Kathrin Schweinberger and Kelly Druyts there.

Olha Kulynych won the GP Belek earlier this season which is the same race-level as this one. Although the startlist was very much weaker. She went on to finish 10th on a stage in the Dubai Women’s Tour as well. With this sort of line-up, she might squeeze into the top-10 again. Natalie Van Gogh is probably the 3rd option for her team after Fournier and Druyts but she’s done well so far in 2020. Solid results include 20th at Le Samyn des Dames and 25th at Omloop van het Hageland.