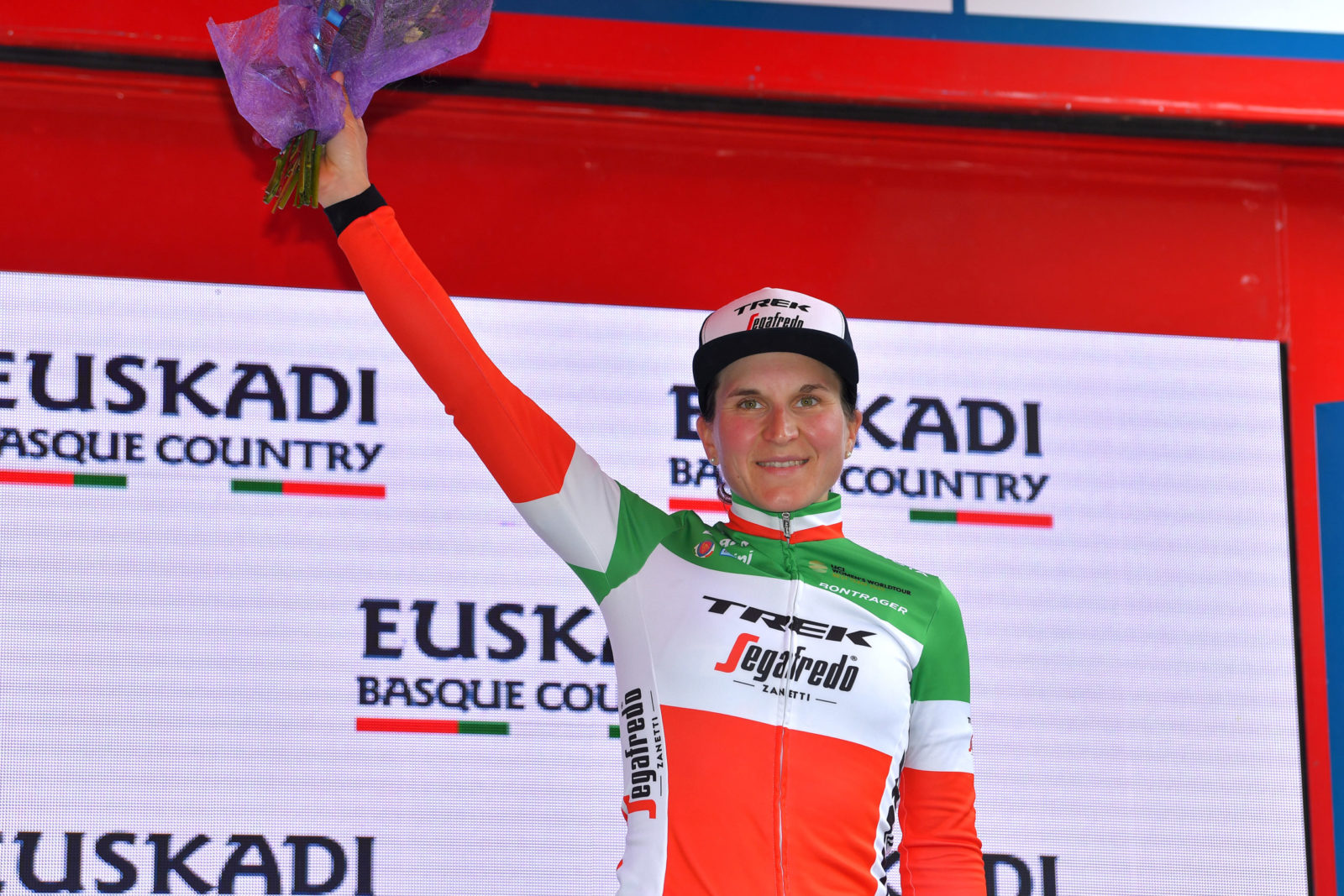 Elisa Longo Borghini on the podium after a strong and respectable third place (credit: Getty Sport)

It was Italian versus European versus World champion at the end of the day with Longo Borghini, Annemiek van Vleuten (Movistar Team) and Anna van der Breggen (Team SD Worx) unable to shake one another off the wheel on the punchy final 4.3-kilometer climb.

“The team rode really well again today. They brought me into the perfect position for the climb and even before that we had everything under control and we also had Trixi in the breakaway which was really really good for us,” said Longo Borghini. 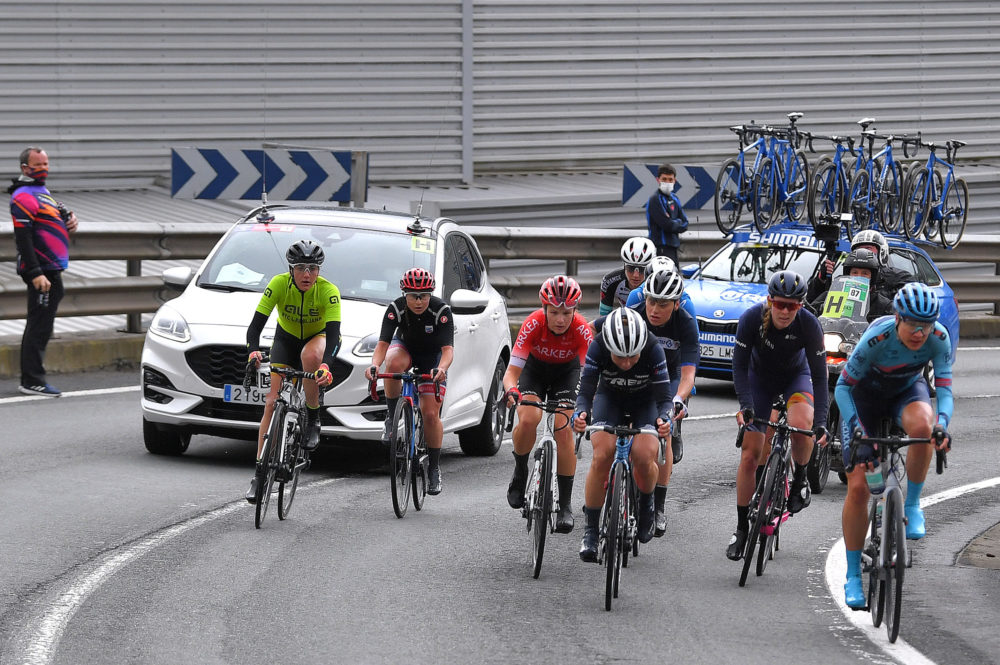 Earlier in the race, Longo Borghini’s teammate Trixi Worrack was part on the day’s initial 10-rider breakaway and going into the final 20 kilometers, of the 117.2-kilometer race, the group’s advantage was still sitting at one-minute 15 seconds.

The question was would that be enough to stay away all the way to the line?

Ultimately, the answer was no as the battle brewing at the front of the bunch behind them saw the gap fall dramatically and the race hit the reset button with seven kilometers to go.

It wasn’t long until Longo Borghini and co. made their move, leaving the rest of the field in their wake as they went head to head (to head) but as they started to play games, the bunch was hot on their heels. However, another stinging attack from van Vleuten saw the same trio go clear once again.

The final blow came when van der Breggen attacked after the summit of the Usartza with around two kilometers remaining and she ultimately had the power to hold on and take a solo win.

Despite not having the pace to follow the winning move, van Vleuten and Longo Borghini remained in pursuit of the rainbow jersey. A counter attack from the European champion saw her also distance Longo Borghini to take second place while the Italian champion continued to race all the way to the line, rounding out the podium with third place.

“A group of three with Annemiek and Anna went away and I was there with them. They actually caught us back because we were watching each other a little bit but then Annemiek attacked again and we went away together once more. Anna then made the final move before Annemiek countered and I just had to defend my third place,” explained Longo Borghini.

Lucinda Brand showed that she has regained her climbing legs, leading home the best of the rest to cross the finish line in fourth place. 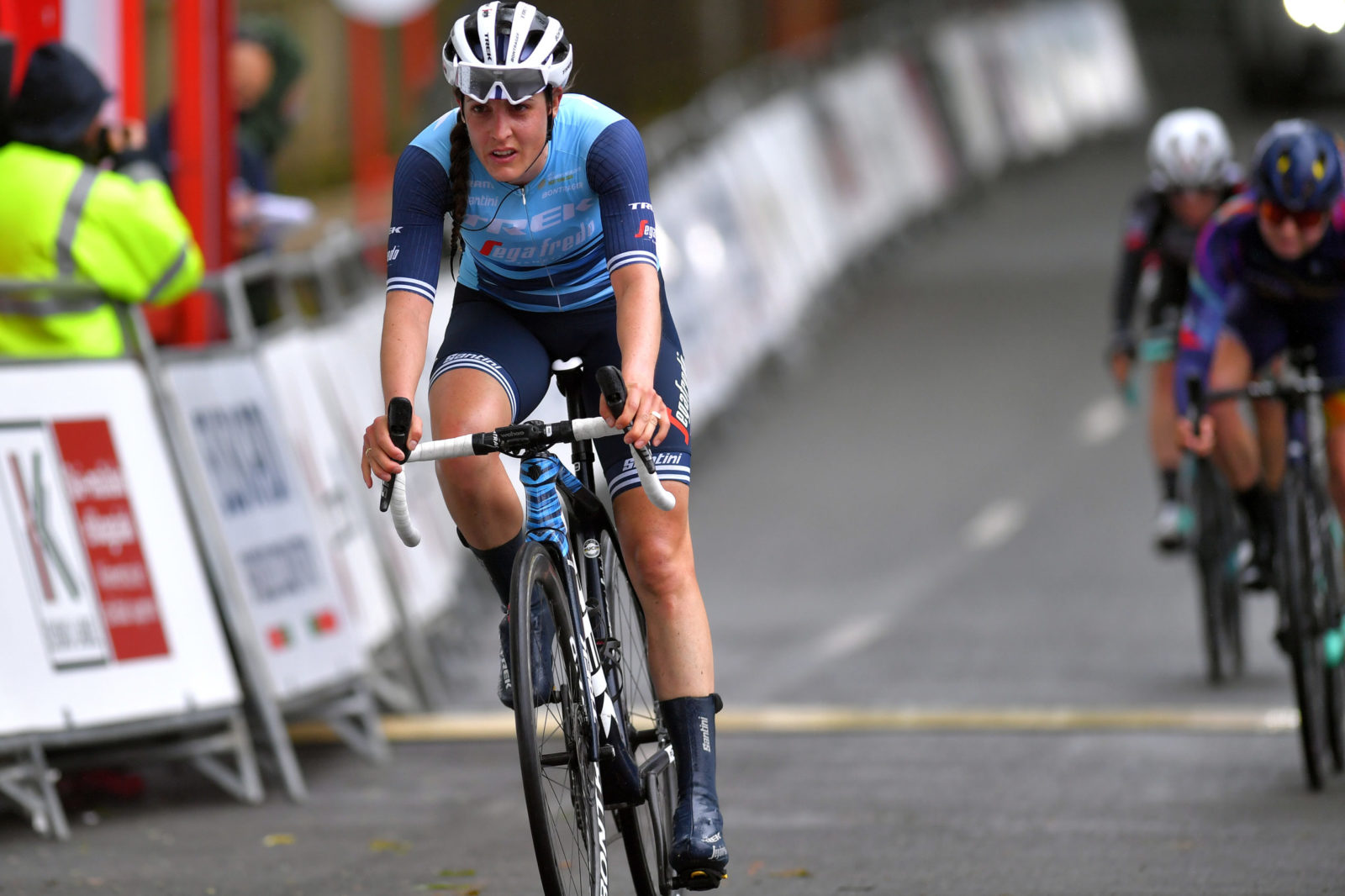 Longo Borghini’s latest result follows on from her third place at Emakumeen Nafarroako and Ruth Winder’s second place at the Navarra Women’s Classic.

“Once again, I want to say thank you to my teammates because they were really good all day and placed me in the best position possible for the finale. Hopefully soon I can repay them with a victory instead of a humble third place,” added Longo Borghini.

Another all-round excellent performance from the Trek-Segafredo women’s team and now it’s time to get excited to see what they can do at their fourth and finish Spanish one-day race, Durango – Durango Emakumeen Saria on Tuesday (18 May).