A splendid second for travel-weary Winder

Fresh from the Tokyo Olympics, Winder solos onto the podium in San Sebastian

It was the first time the Trek-Segafredo women toed the start line in the 3rd edition of the Basque race, but they raced as they always do: a full team effort with offensive tactics.

The team was everywhere, not missing an opportunity if it looked to be the move of the day. And finally, the key breakaway formed after 70 kilometres of racing.  A relentless effort from Audrey Cordon-Ragot made sure Trek-Segafredo was represented as she bridged into the lead group.

With Cordon-Ragot in the six-rider break, the team could now relax sit back and wait for the race’s final, decisive climb –  the Murgil-Tontorra.

Believe us, there’s a big smile under that mask! 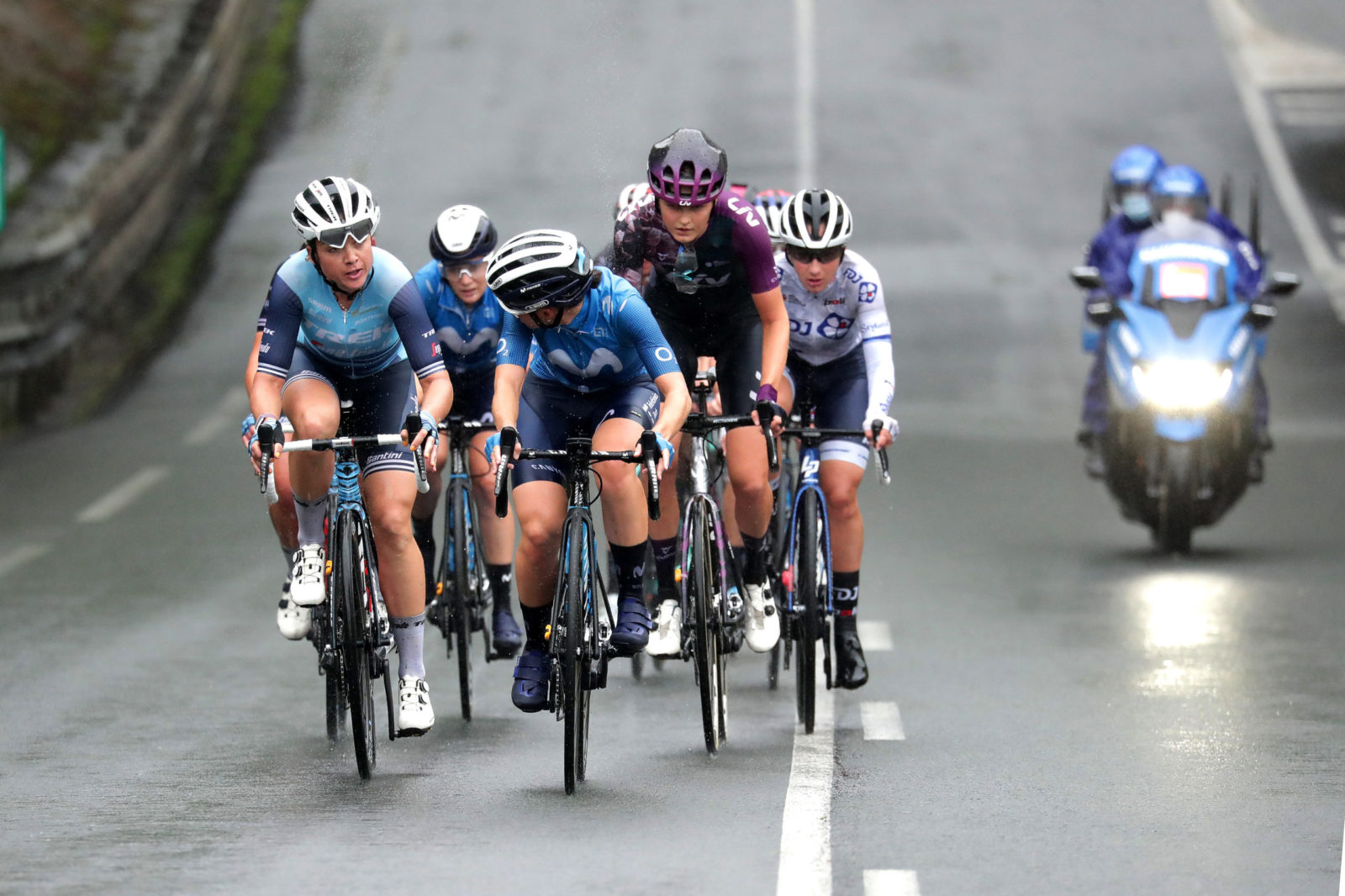 Audrey in the breakaway. 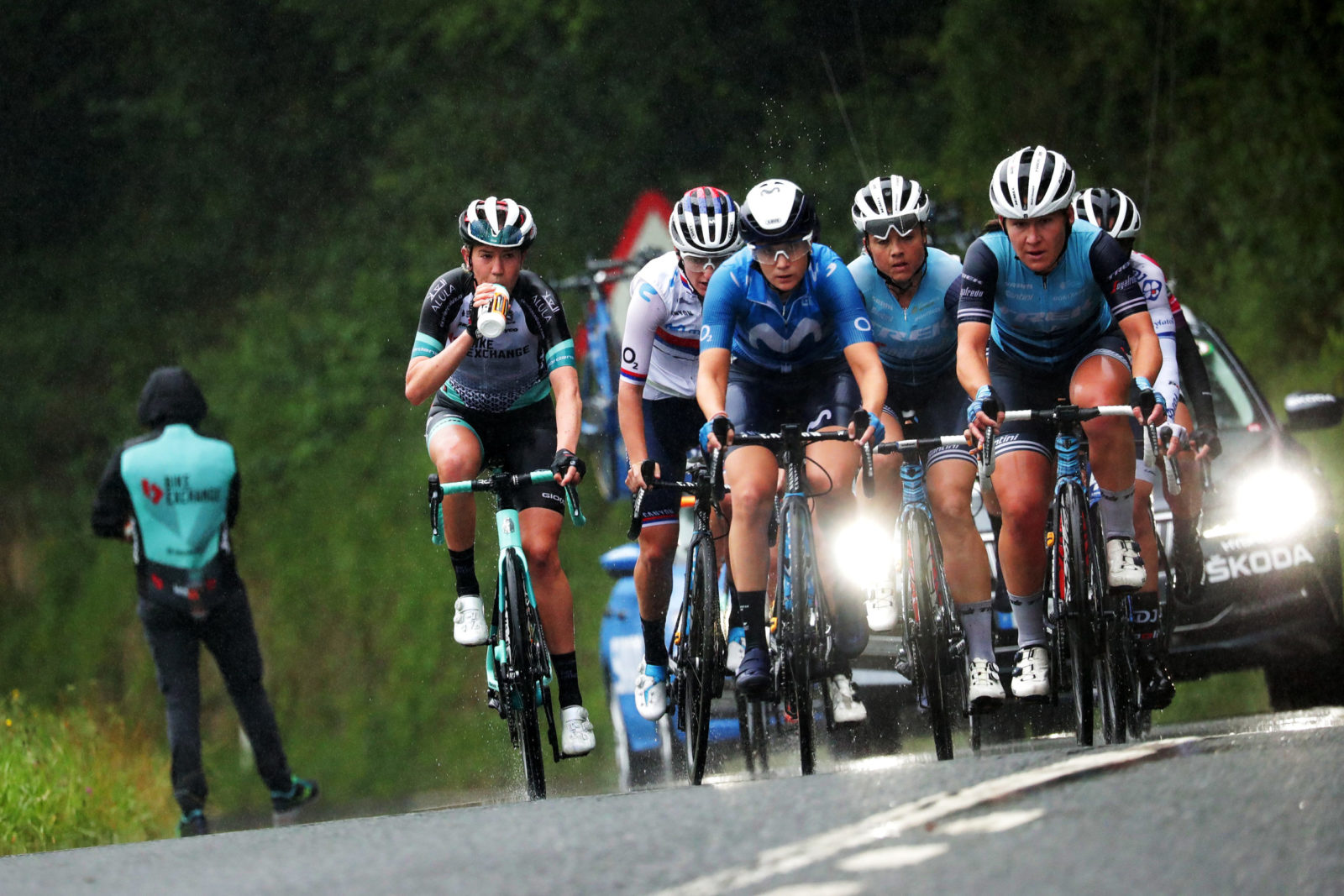 Lauretta (Hanson) and Audrey were both active in joining moves.

On the last ascent, Ruth Winder was ready when the expected attack came from the recent Olympic gold (TT) and silver (road) medalist. 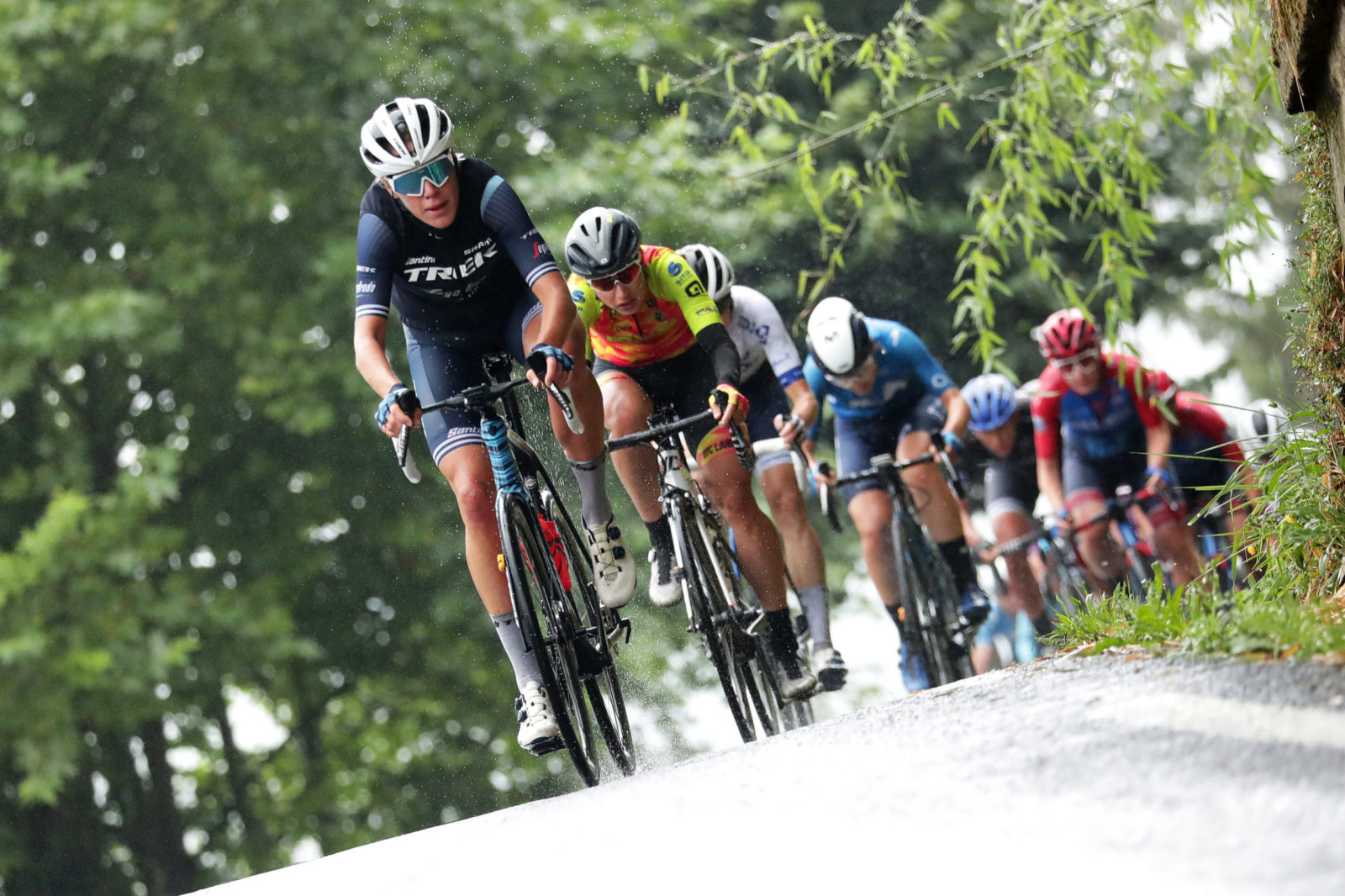 Ellen pushes the pace over a climb. 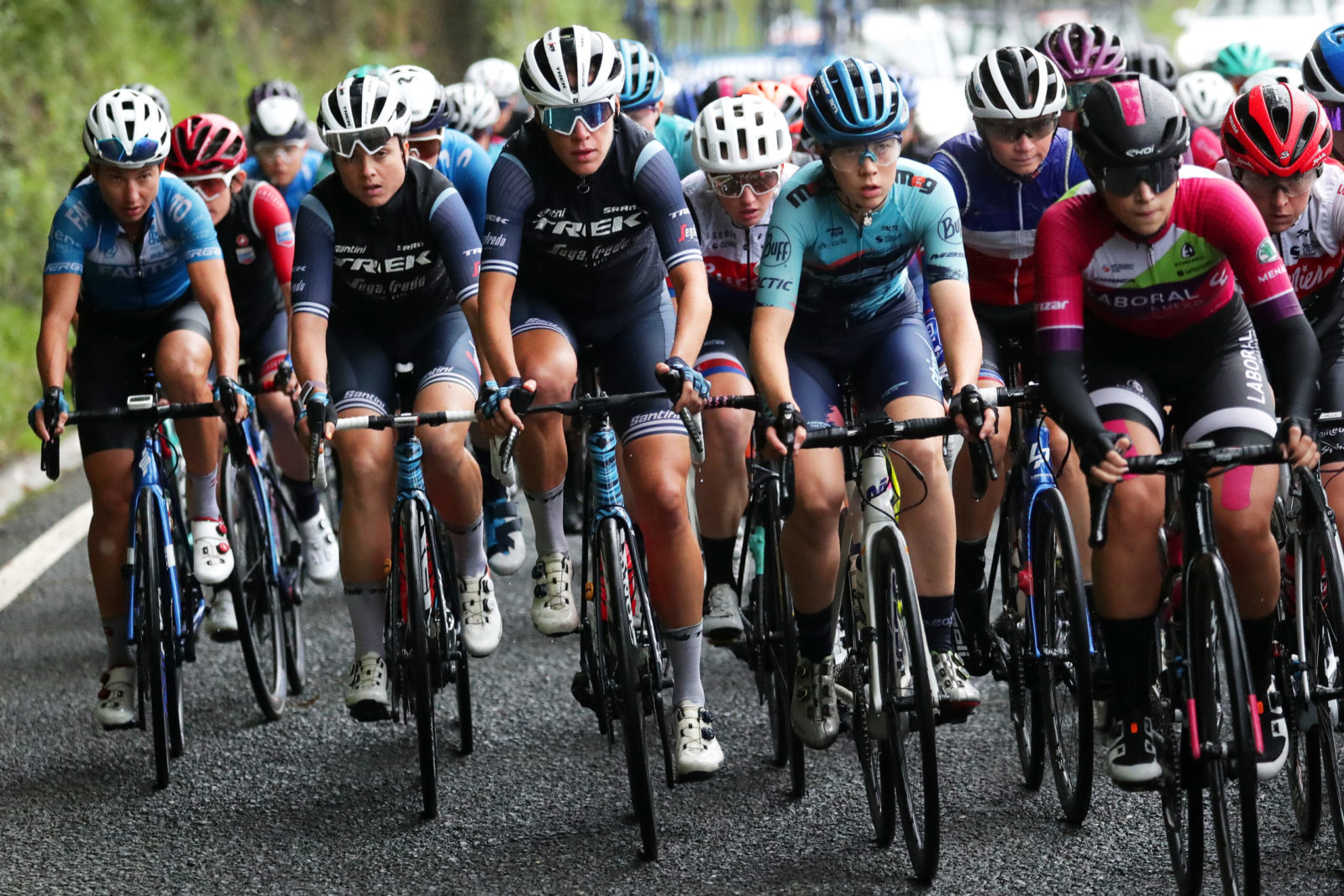 Attentive on the front of the bunch all race.

A solo Cordon-Ragot was the last carrot for Annemiek van Vleuten to catch after Audrey attacked the rest of the breakaway on the climb, an incredible performance from the former French champion who was active all race.

The red-hot Van Vleuten powered by the Trek-Segafredo rider, but chasing close behind was a wily Winder – who, same as the Dutch rider, was fresh from Tokyo and feeling surprisingly good.

“I didn’t know who was behind me or how far, but I knew if I could stay away, I could hold on for 2nd, and that’s a really good result for me,” explained Winder. “I just raced the Olympics on Sunday, so it was a fast turnaround.  It was really nice to come back to the team; the Olympics have their own pressure, and just to come back here and have fun with the team again. It’s a different pressure, and different atmosphere here just gave me a lot of energy, and I felt really good today.” 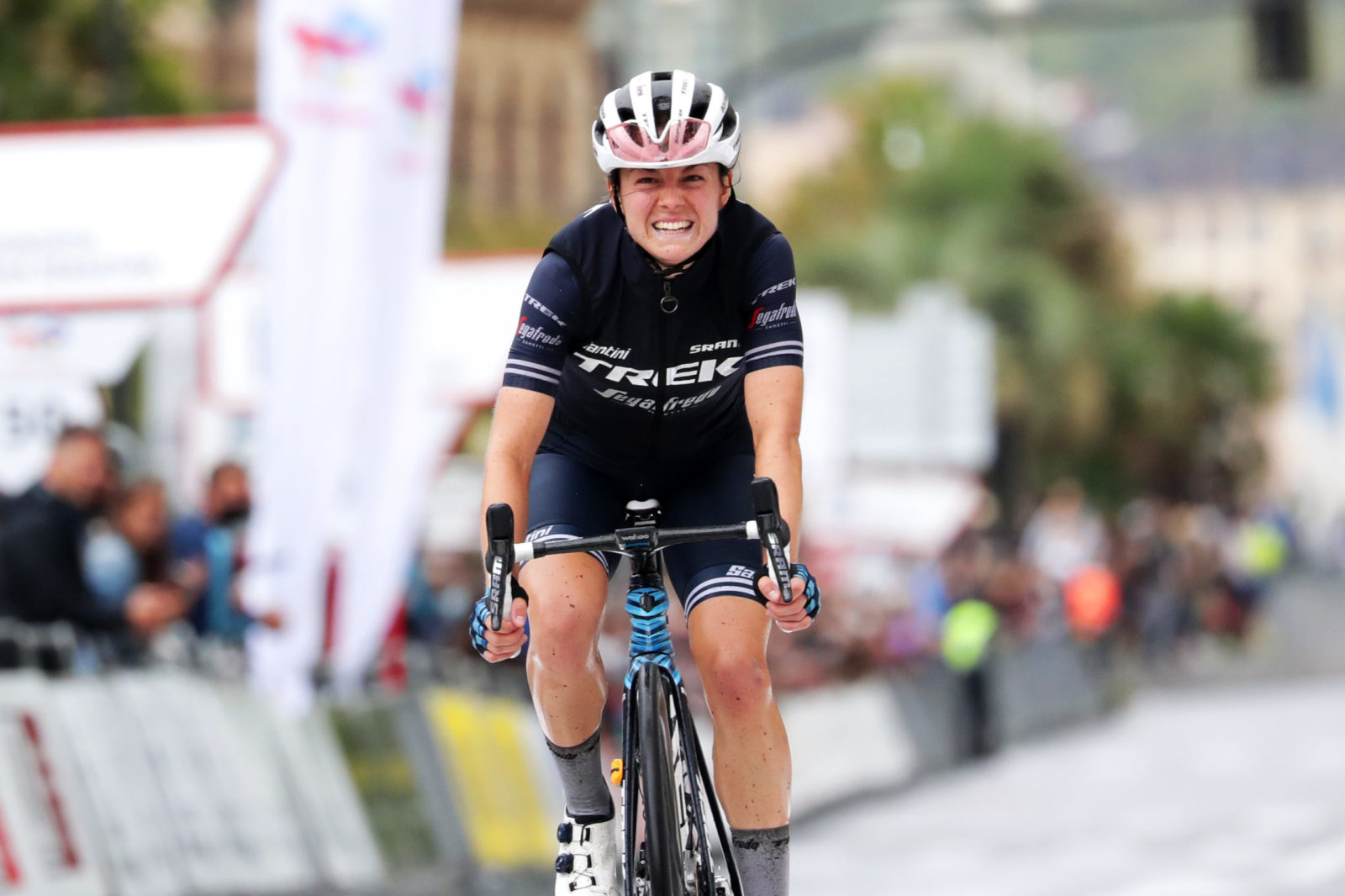 A big effort in less than ideal weather. 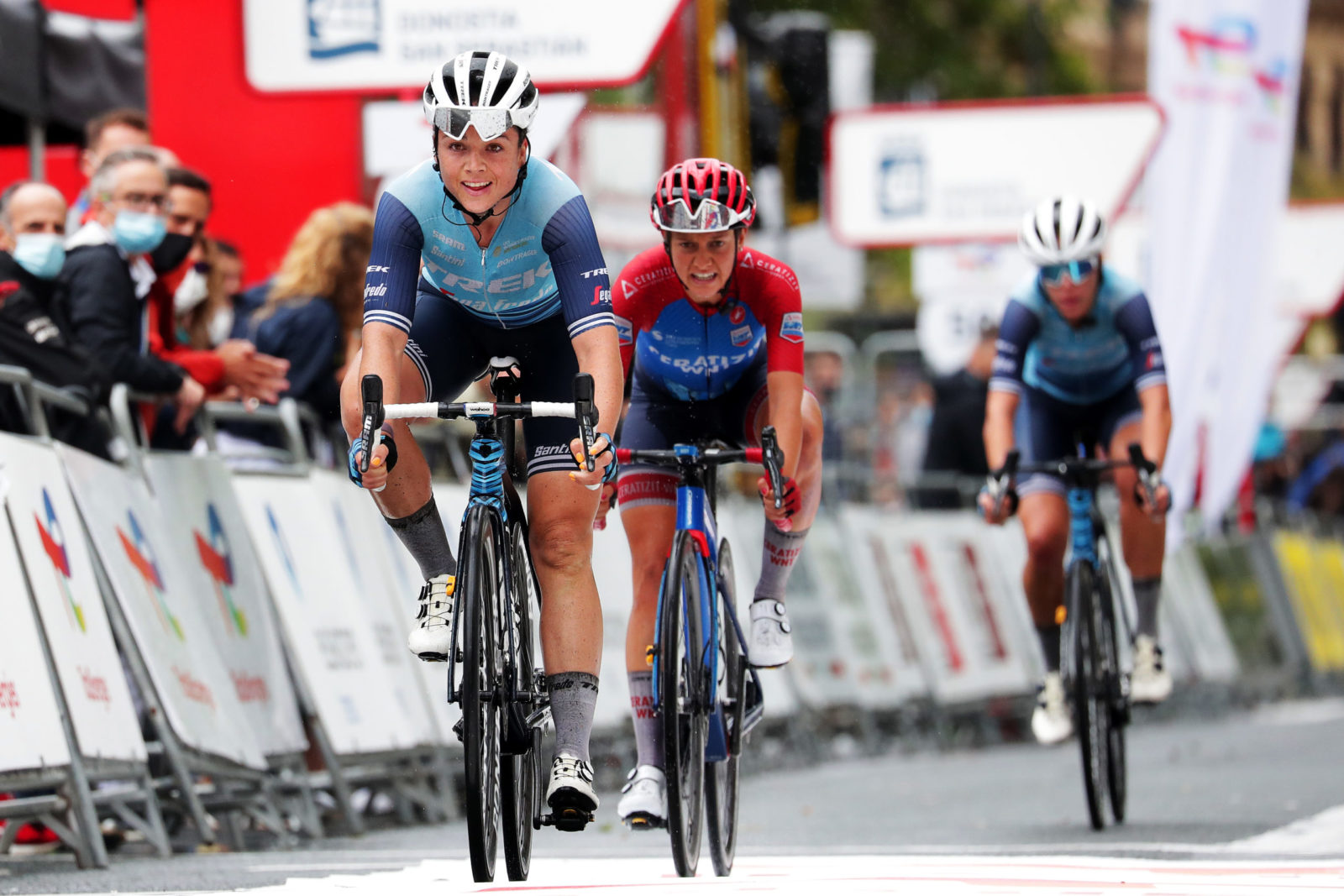 “A really good race by the whole team, to be honest. And Audrey – oh my gosh Audrey! – hero of the day. She was in the breakaways all the time; it was a good race by the team, ” gushed Winder.

Trek-Segafredo was close to the winner’s txapela in their first attempt and certainly will be back to try again.

And for the well-travelled Winder? Her journey is not over, although from Basque the next destination is more restful.

“Now I go to my teammates’ Toms’ (Skujins) wedding – his fiancée is one of my best friends.  So I get to go to Latvia and see a country I have never seen before and then finally home,” added Winder.  A break from racing, but not from traveling the world. 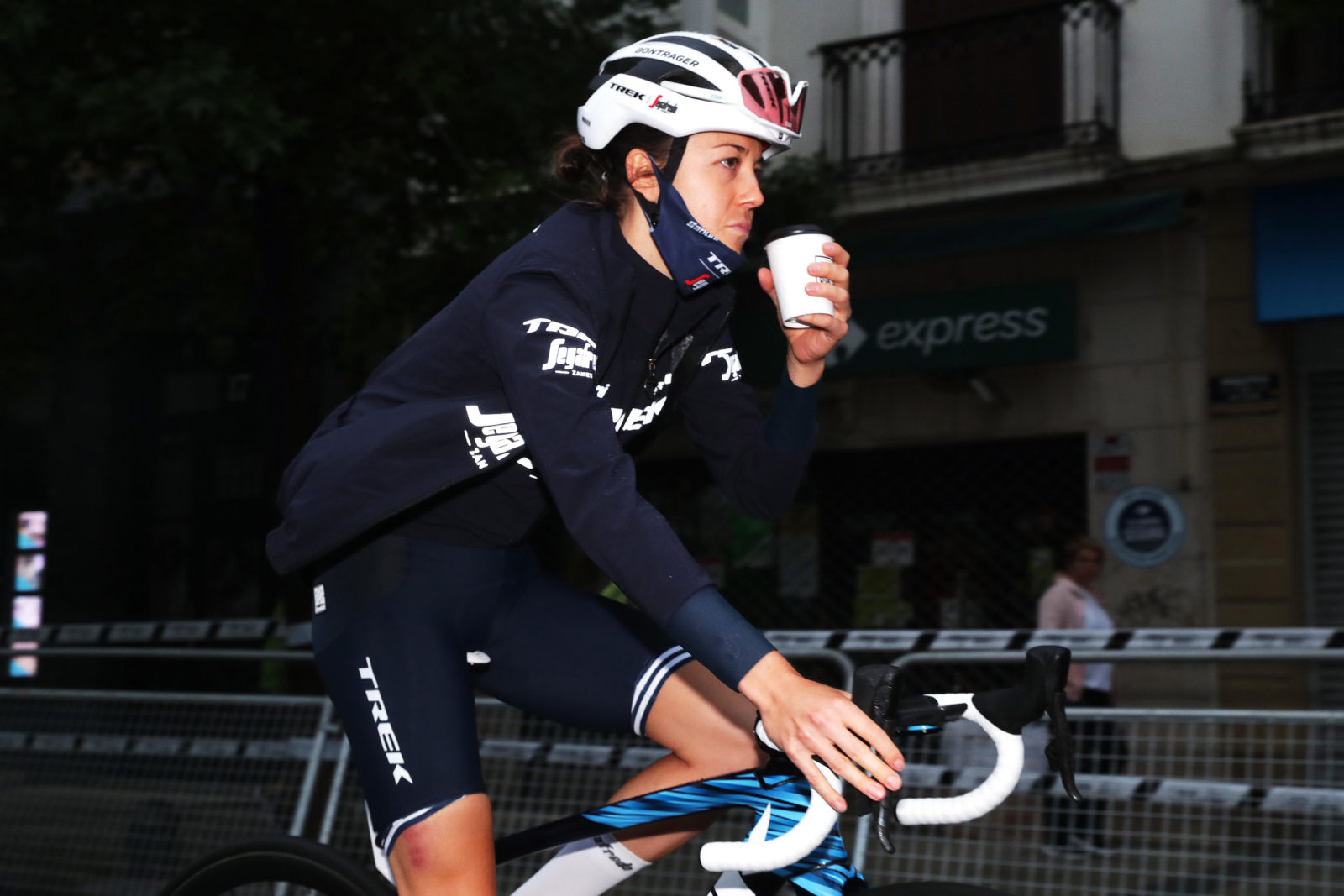 Necessary coffee for the travel-worn Winder.