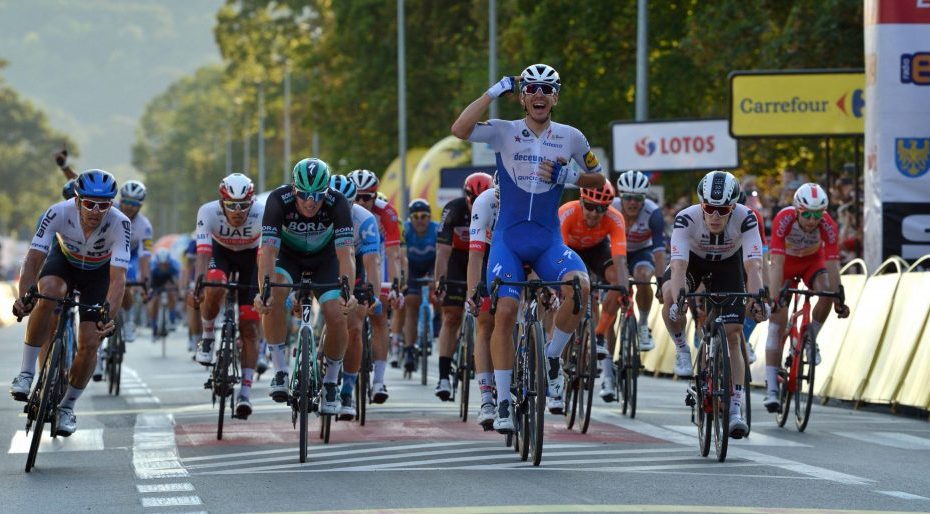 After spending yesterday in the Polish hills, today’s final stage was a much flatter affair – albeit with a few hills in the opening third of the day. A few attacks were caught before the break of the day established itself at the head of the race and the bunch settled into a rhythm.

The peloton were always in control, only allowing the break a two minute advantage and despite a few extra attackers who bridged to those at front, everything was back together with eight kilometres to go. The team worked well to bring Italian sprinter Alberto Dainese into a good position, with Florian Stork, Nils Eekhoff and Casper Pedersen acting as lead out men.

As they took the bell with just over four kilometres to go it was Eekhoff who hit the front, stringing out the bunch before a few other teams came over the top. A lull in pace through some technical sections saw things get messy in the peloton and Dainese lost Pedersen’s wheel. Heading towards the flamme rouge the team were still well positioned and Eekhoff hit the front once again, with Dainese three wheels back. In what was a flat out, full gas sprint to the line, Dainese weaved his way through the opposition with a strong seated effort to claim an excellent third place – his first ever WorldTour podium.

Behind, Wilco Kelderman came across the line safely within the bunch, securing a solid seventh place on GC, with Jai Hindley 14th.