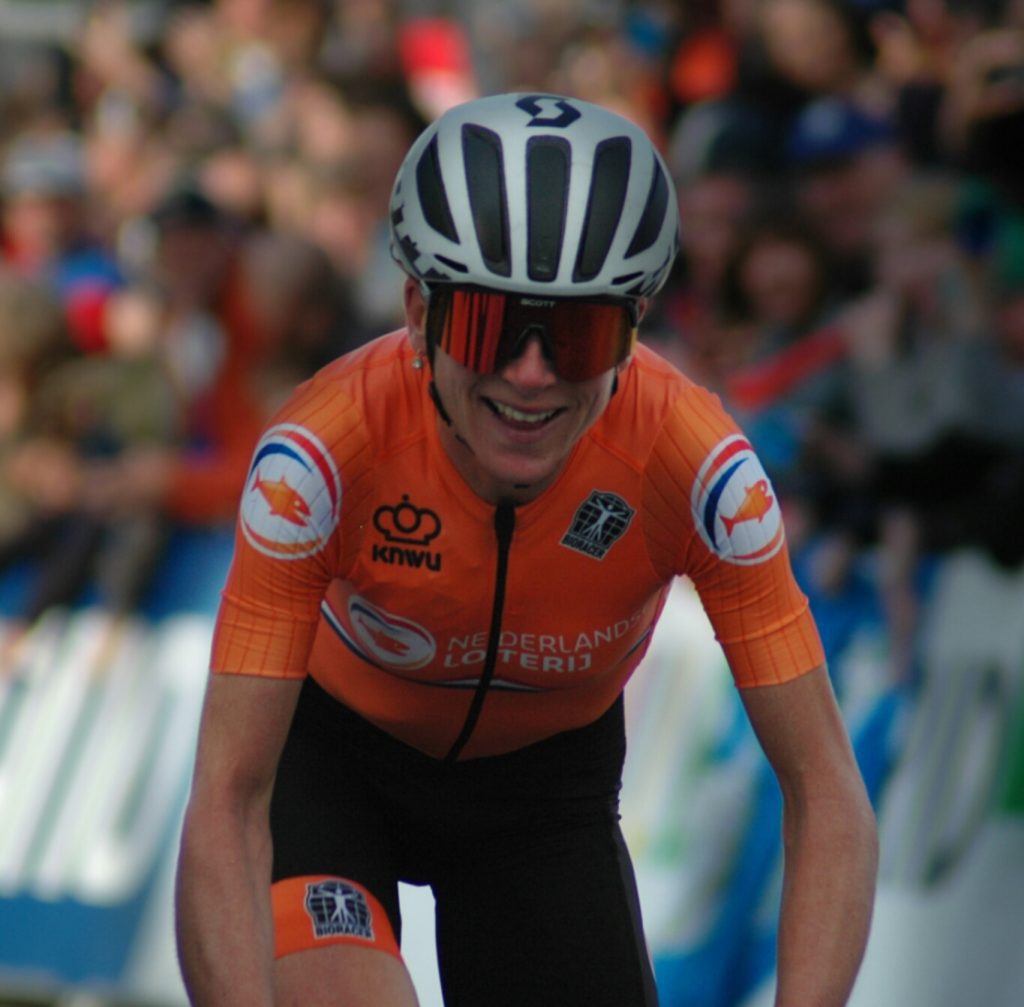 This morning Annemiek van Vleuten announced that she will re-sign for 1 year at Movistar and then retire from cycling at the end of the 2023 season. The current Olympic TT champion and World number 1 will finish after 16 years at the top of women’s cycling.

Van Vleuten has pushed the women’s Movistar team to new heights since her signing in 2021. The team has taken significantly more wins and been seen much more at the front of races compared to the pre-Van Vleuten age.

The Dutch rider has had a stellar career, taking almost 90 pro victories. She was a Tour of Flanders winner 10 years ago and since the infamous crash in the 2016 Rio Olympics has been one of the stellar riders of the Women’s WorldTour. She has had to come back from serious injuries like the ones from the Olympics and also a broken shoulder and pelvis from the inaugural Paris Roubaix in 2021.

2021 saw Van Vleuten take 12 victories, including gold in the TT in Tokyo, finally the second Tour of Flanders victory, the Ceratizit Challenge and the Tour of Norway. This season, she has already won her second Liège-Bastogne-Liège title, a huge sprint against Demi Vollering at Omloop het Nieuwsblad and the GC at Setmana Ciclista Valenciana in February.

“My career, my driving force as a professional athlete, has always been about improving, not winning. Refining every physical ability or mental aspect on the bike, both as an individual and together with the team I’m part of, is what really gives me energy.

I’d like to contribute a bit more to the team’s improvement, just like I’ve done with the Movistar Team for the past two years, in 2023. To be part of it is why I wanted to re-sign for another season. We’re on the way up, we’re developing, and it’d be sad to stop halfway through that development process. Two years feels like too short, while three is a nicer period. I’m fully confident the organisation will continue to improve in 2024 and the years after that.

Individual-wise, I didn’t feel like stopping right now – I’m still super motivated, while also aware that there will be a moment when I’ll have to stop. And it suits me better to stop when I’m still at my highest level, playing the game at the front in the biggest events. I just want to finish on a high, and doing it with this wonderful group of people feels like the right thing to do.

Some people will surely wonder why I’m retiring before the Paris Olympics. For me, this, my career, has always been about finding motivating, long-term projects, like the Movistar Team and every organisation I’ve been part of, that I can invest my energy in. It’s not strictly about specific goals or races. It doesn’t look like the Alpe d’Huez is going to feature on the 2024 course, either (laughs), but as you can understand, that’s not the most important reason.

The main reason, as I explained, to retire in 2023 is to do so while on top of my game, to round out that improvement process we and the team took up in 2021, and look for new challenges in life. I’m sure I’ll stop with a little tear in my eye, because I love this sport so much, but I’d like to leave cycling, the ‘professional athlete’ part of it, at the top.”