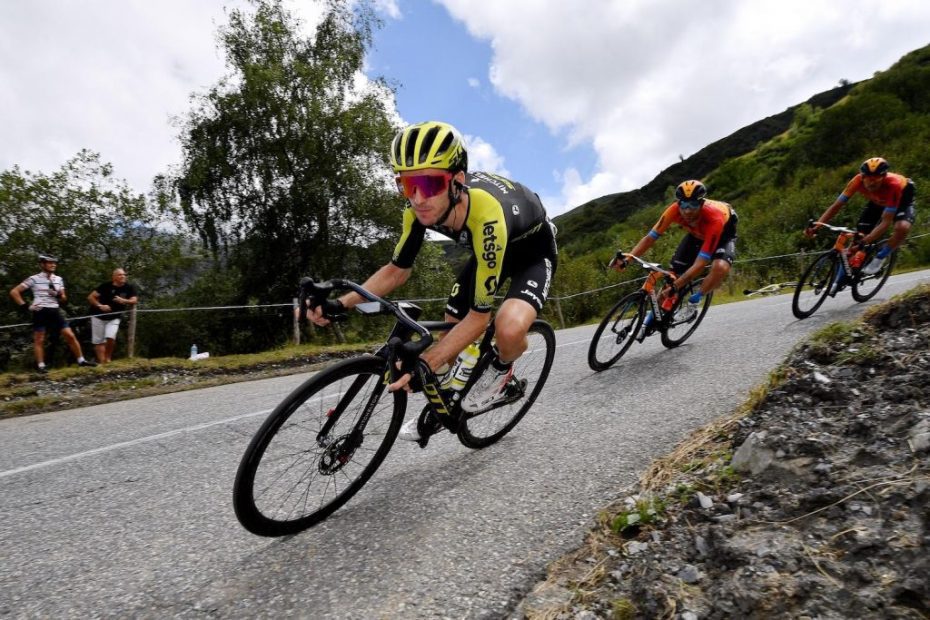 It was another hard day out in the mountains for Mitchelton-SCOTT on stage three of the Criterium du Dauphine.

UAE Tour winner Adam Yates and Ruta del Sol stage winner Jack Haig both made it into the select group of general classification contenders on the final climb before being distanced in the closing kilometres.

Relentless Start
It was a rapid start to the stage with several breakaway attempts coming and going inside the opening 30km of racing. The high pace was enough to see several riders dropped from the peloton before a nine-rider move eventually forged clear, with Dane Chris Juul-Jensen amongst them.

However, the bunch were keen to keep the escapees on a tight leash and the gap between them was just 3’45” by the time the race reached the Col de la Madeleine. The breakaway then broke down on the lower slopes as two riders attacked, leaving Juul-Jensen in a chase group of seven behind.

The peloton eventually caught the 31-year-old and all but three of the breakaway riders before the summit, with Davide Formolo (UAE – Team Emirates) pushing on to lead the bunch by over five minutes.

Final Ascent
The tempo was increased as the peloton raced towards the final climb, with Yates and Haig tucked away in the bunch. The gap to the solo leader Formolo began to fall on the early slopes of the climb, as did the numbers in the shrinking peloton.

Yates held on until five kilometres to go, before calling it a day, leaving Haig to carry on as the remaining Mitchelton-SCOTT representative in the GC group. The Australian then clung on for a further two kilometres before being distanced himself.

Meanwhile, nobody could catch Formolo out front and the Italian stayed clear to take the win ahead of race leader Primoz Roglic (Team Jumbo-Visma).

“So, all things considered, I think I’m moving in the right direction and I’m looking forward to the next couple of days.

“I think a lot of guys are going really good, especially a couple of teams are really well organised and they’ve obviously done a lot of training over the lockdown and quarantine period and they’ve all come out really strong and you can tell the level is really high at the moment.

“But as a team I think we’ve also prepared really well, we’ve just got to get everyone together and start nailing it, and it will come together.”